And as one of the 12 Great Lighthouses of Ireland that are now open to the public, Fanad Lighthouse will also host a Shine a Light on Summer Festival on the May Bank Holiday weekend. 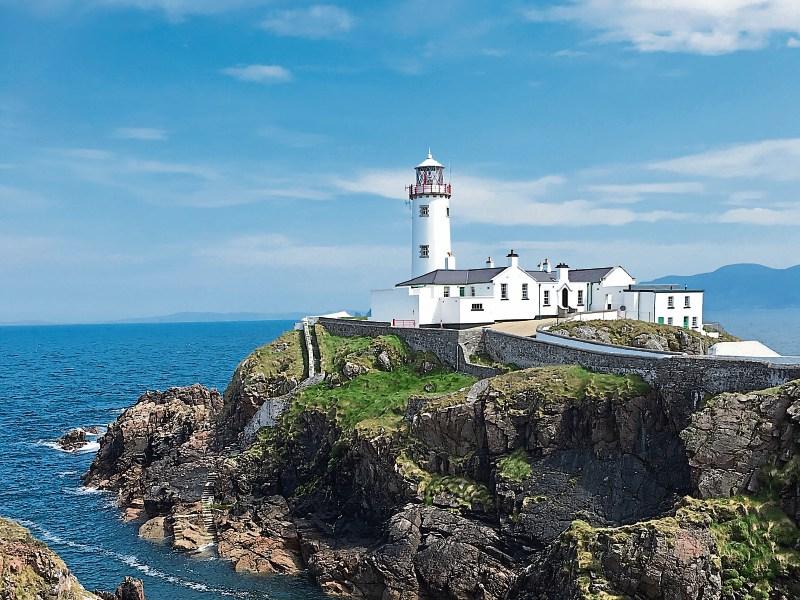 Today, a small ceremony at Fanad Lighthouse will mark the 200th anniversary of the first time the iconic tower first cast its light across the water.

Fanad Lighthouse will be open this holiday weekend, with tours from 11am to 4pm and music during the day.

The event sounds lovely: At about 6.30pm, local children will take part in a lantern parade from the nearby Lighthouse Tavern to the lighthouse, where the Luxe Landscape Theatre Company will provide illuminations and fire sculptures.

But again, the event is sold out and site capacity limits mean admission is by ticket only.

At about 7pm today, Friday, a small group of people will assemble at the helipad by the lighthouse for a countdown to the lighting of the lighthouse 200 years after the first time the lights went on. There will be music in the exhibition space at the lighthouse as people gather to cut the cake for the anniversary.

There is a lot to celebrate this year. Not only has the lighthouse been a beacon for the past two centuries, but appreciation of its iconic beauty and landmark status has grown internationally. Standing between Lough Swilly and Mulroy Bay, Fanad Lighthouse is also one of 15 designated discovery points along the Wild Atlantic Way tourism route.

The lighthouse project has been developed through a partnership involving the Commissioners of Irish Lights, Fanad Lighthouse Committee, Donegal County Council and Fáilte Ireland. EU funding was secured to develop accommodation on the site as part of the Great Lighthouses of Ireland trail.

Last spring, guided tours were introduced and accommodation opened in the two original lightkeepers’ cottages and another lodging that had been used for people who worked for Irish Lights.

At this time of year, tours are offered only on weekends, but “every weekend is better than the last,” Eimear said. “And accommodation is open all year round and that is keeping very steady, so we’re delighted with it, actually.”

From Easter on, the lighthouse will be open seven days a week. They also accommodate group bookings and have hosted school tours.

The local committee and voluntary board of trustees of the not-for-profit project have more changes planned for the coming season, including opening a new visitors centre and car park.

And as one of the 12 Great Lighthouses of Ireland that are now open to the public, Fanad Lighthouse will also host a Shine a Light on Summer Festival on the May Bank Holiday weekend.

They will also be marking the lighthouse anniversary throughout the year.

“It is very much an evolving project,” Eimear said.