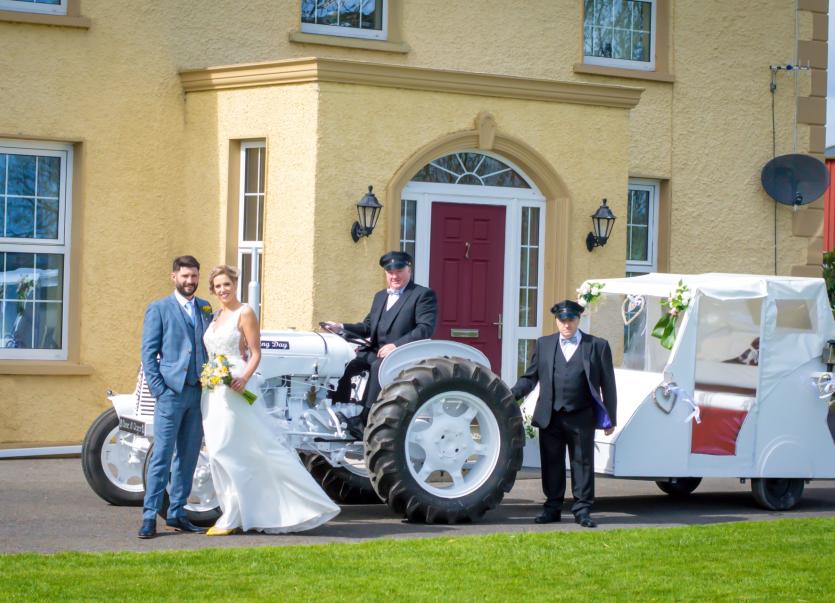 Fantastic - travelling in style to the weeding. Image by Máirtín Mac Crábhagáin.

The wedding took place at the weekend in Ballylennon Presbyterian Church in County Donegal of Ms Elaine McKean and Mr Roger Crown and one thing is certain the bride went to the church in style.

Elaine the daughter of local farmer Joe and Elizabeth McKean, Ashlane, Porthall left her father in charge of getting her to the church and that he did as he enlisted the help of close friends Tony Rodgers and Vincent McGrath (pictured alongside the bride and groom) to put his unique idea in motion.

Over a few weeks they sandblasted and resprayed a David Brown D30 white and made a carriage that can only be described as absolutely stunning to the delight of his daughter.

Joe's ideas have helped raise hundreds of thousands of euros for local charities over the years and when the transport was revealed you knew Joe McKean had a part to play in it.