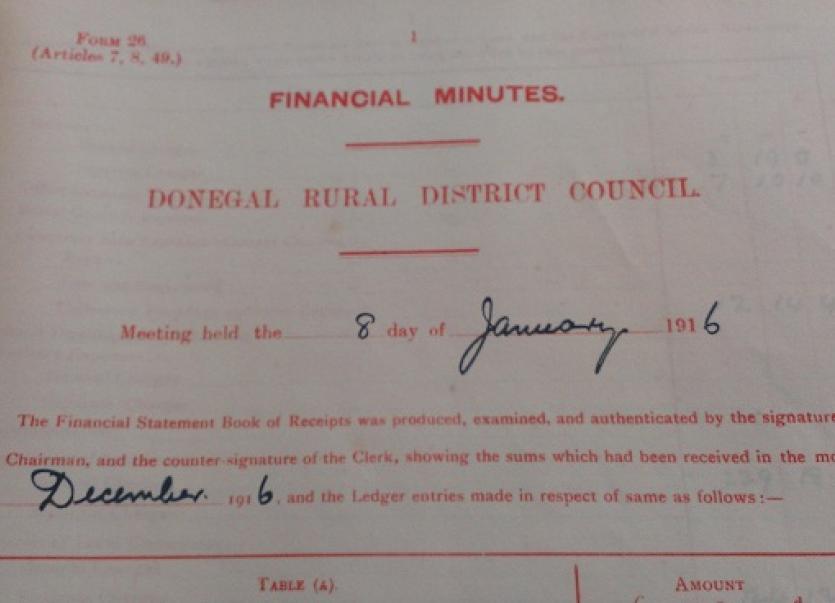 A council document from January 1916

The public's help in being sought to help locate historic council records as far back as 1916, which are understood to be missing since the Irish Civil War era.
On Thursday the launch took place of the newly digitised minutes of Donegal County Council and other local authorities that existed in Donegal during the historic year of 1916, which are available to view on the council's website.
It was explained that many of the public records from 1916 to 1920 are missing, and may have been stolen around the time of the Civil War in Ireland.
Donegal County Archivist, Niamh Brennan, explained that the records made available online will be added to but many of the public records from that time are still missing.
She told those present at the launch: “If anyone has copies from this time we would be delighted to get them”.
County Librarian, Eileen Burgess, also appealed to the public to help track the missing record as they were still public documents.
The newly digitised documents were officially launched by Cathaoirleach of Donegal County Council, Cllr Terence Slowey.