Host of food, fun and music this Saturday and Sunday 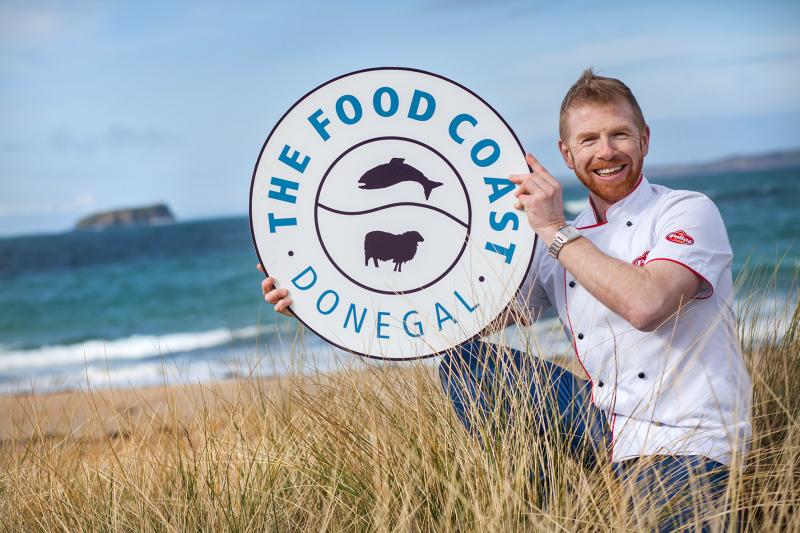 Lovers of good food and music are in for a treat this weekend with the inaugural “Off The Street” Letterkenny Food festival taking place in the town centre.
Over two days on Saturday and Sunday the street food festival will showcase the best in local cooking talent, food production and music.
The event takes place at the rear of the AIB bank on the main street and access is via Justice Walsh Road.
There will be over ten stalls from local chefs cooking up a storm and in total there will be 50 stalls with a wide range of food producers displaying their tasty wares.
The event is the brian child of Derek Walker from the Letterkenny Artisan market and chef Christopher Molloy of the Lemon Tree restaurant.
As part of the food festival the popular artisan market will relocate to the festival site in the town centre over the weekend.
Christopher explains that there will be talks on a range of subjects including food production and growing, cooking demonstrations, as well as live music from a host of top artists.
“The popularity of street has really grown in the last couple of years so we just wanted to try an run an event like this in my home town. Myself and Derek of the artisan market had a go this at Christmas with the Twilight Market where we put in four of five street food stalls and music. It got a great crowd and the interest in it was massive,” he explained.
He said it will feature a range of top local chefs including world champion chowder maker Kieran ‘Duey’ Doherty from Nancy’s Barn in Inishowen and Dublin Chef of the Year winner, Donegal’s Cíaran Sweeney of Forest & Marcy’s.

Entry is just €3 per ticket, €5 for a couple or a full weekend ticket and children go free.