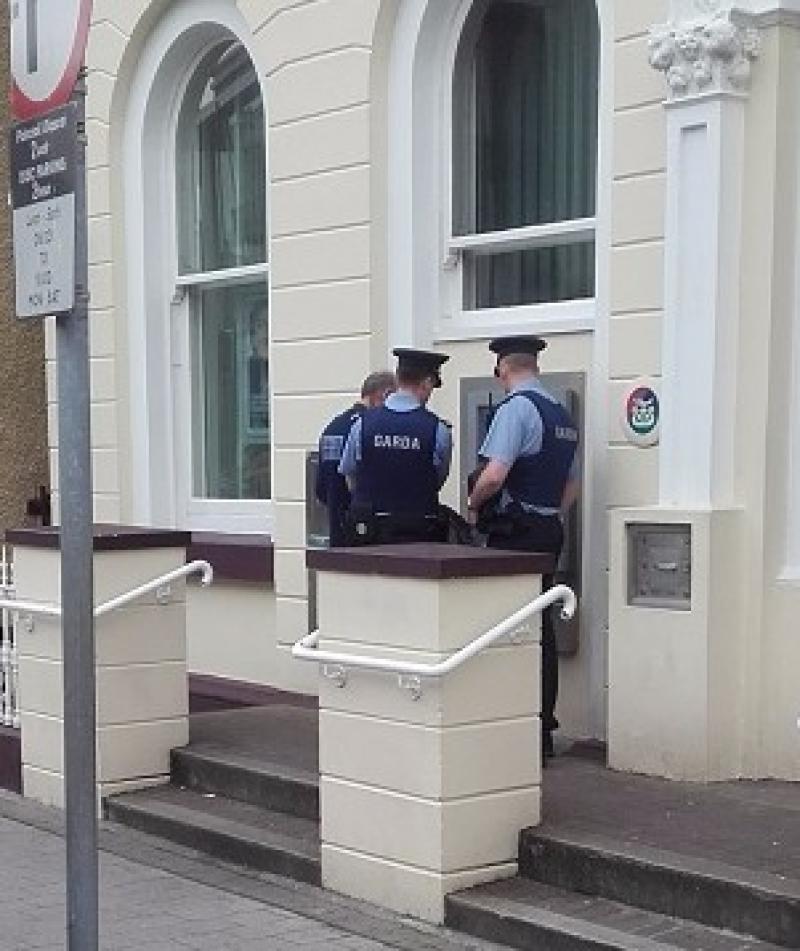 Gardaí at the scene on Monday.

Gardaí in Letterkenny say they are investigating CCTV footage in relation to an incident at a bank machine in Letterkenny earlier this week.
On Monday morning the area around the AIB bank machine on Letterkenny’s Upper Main Street was sealed off.
The bank machine was covered over with black plastic and garda officers were stationed at the scene over the course of the morning.
A garda forensic team arrived and photographed the area and the incident was cleared a short time later.
It is understood that a large of amount of blood found in the area of the machine by passers by.
Gardaí in Letterkenny confirmed they are investigating the incident and reviewing CCTV in the area.