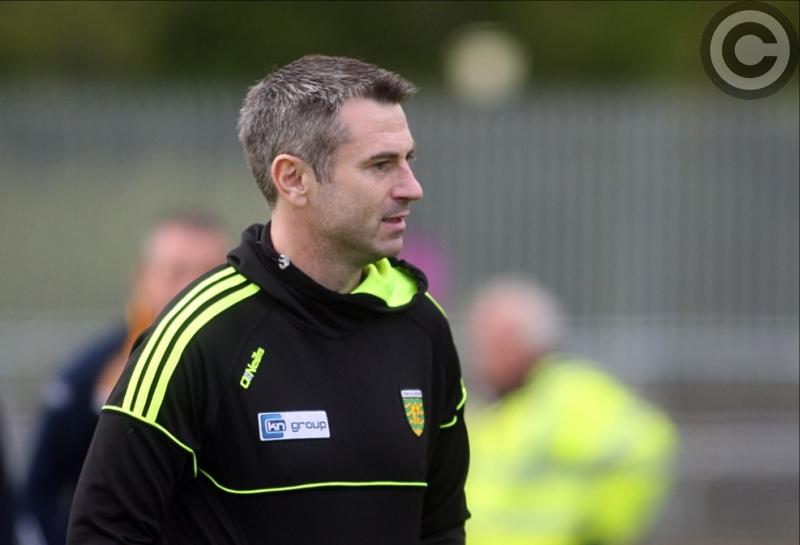 In a statement issued a short time ago, Donegal's outgoing senior team manager, Rory Gallagher, says abuse he received on social media was not a factor in his decision to step down.

In his statement where he thanks the players, officials and supporters for their input, Gallagher says: "I do not have Facebook or Twitter accounts. I have no interest in Social Media whatsoever. It has no impact on my life or my decision to step away from the senior team."

The statement in full reads as follows: "I would like to thank those that have contributed to my involvement with Donegal over the last 7 years.

"To my wife Nicola and family, I could never have given the time and effort required without the unconditional support from you all.

"I'd like to thank all the County Board Officers I have both met and worked closely with particularly County Chairmen, PJ McGowan and Sean Dunnion, County Secretaries, Aodh Martin O' Fearraigh and Aideen Gillen, County Treasurers, Grace Boyle and Cieran Kelly. I appreciate the contribution everybody makes as volunteers.

"A massive thanks to all the management and backroom who have supported myself and the players. Your contributions have been invaluable.

"The County's supporters have been outstanding throughout the seven years, particularly when we needed you most, days like Carrick-on-Shannon in 2013, Croke Park v Cork in 2016 and Navan in 2017 stand out. Having come off defeats, the team really appreciated it.

"I do not have Facebook or Twitter accounts. I have no interest in Social Media whatsoever. It has no impact on my life or my decision to step away from the senior team. Only the players and their families, the management and County Board officers can appreciate the effort that the 2017 squad made this season. We understand fully the road we are on. It is the beginning of a new team. It will continue to need huge levels of commitment over the next number of years.

"To the players who I have coached and managed thanks for your hunger and desire to be better for Donegal. You should be very proud of yourselves. It made the training pitch a special place to be. We have had tough days and great days. Along the way we have had lots of fun.

"Your total support and loyalty throughout the seven years means a lot.

"I'd like to wish all those involved with Donegal GAA the very best in the future."