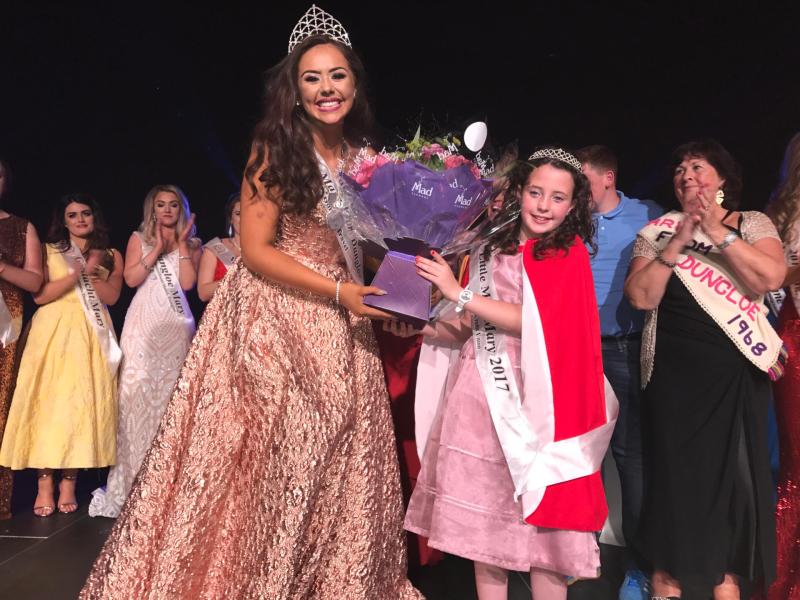 Delight as Alisha is congratulated on winning the 2017 Mary from Dungloe title. Photo Matt Britton.

Alisha Medford, the Glasgow Mary, has been crowned the 2017 Mary from Dungloe following a glittering crowning cabaret night at Ionad Spoirt na Rosann in Dungloe.

More than 600 people packed into Rosses Community School in Dungloe to watch the event.

Continuing a Dungloe tradition, local legend Daniel O’Donnell serenaded the winner with the famous Mary from Dungloe song as more than 600 people who attended the sold out event joined in.

The crowning cabaret capped a particularly memorable 50th anniversary festival and among those joining the 2017 Mary from Dungloe winner on stage was Celine Powell, the first winner. 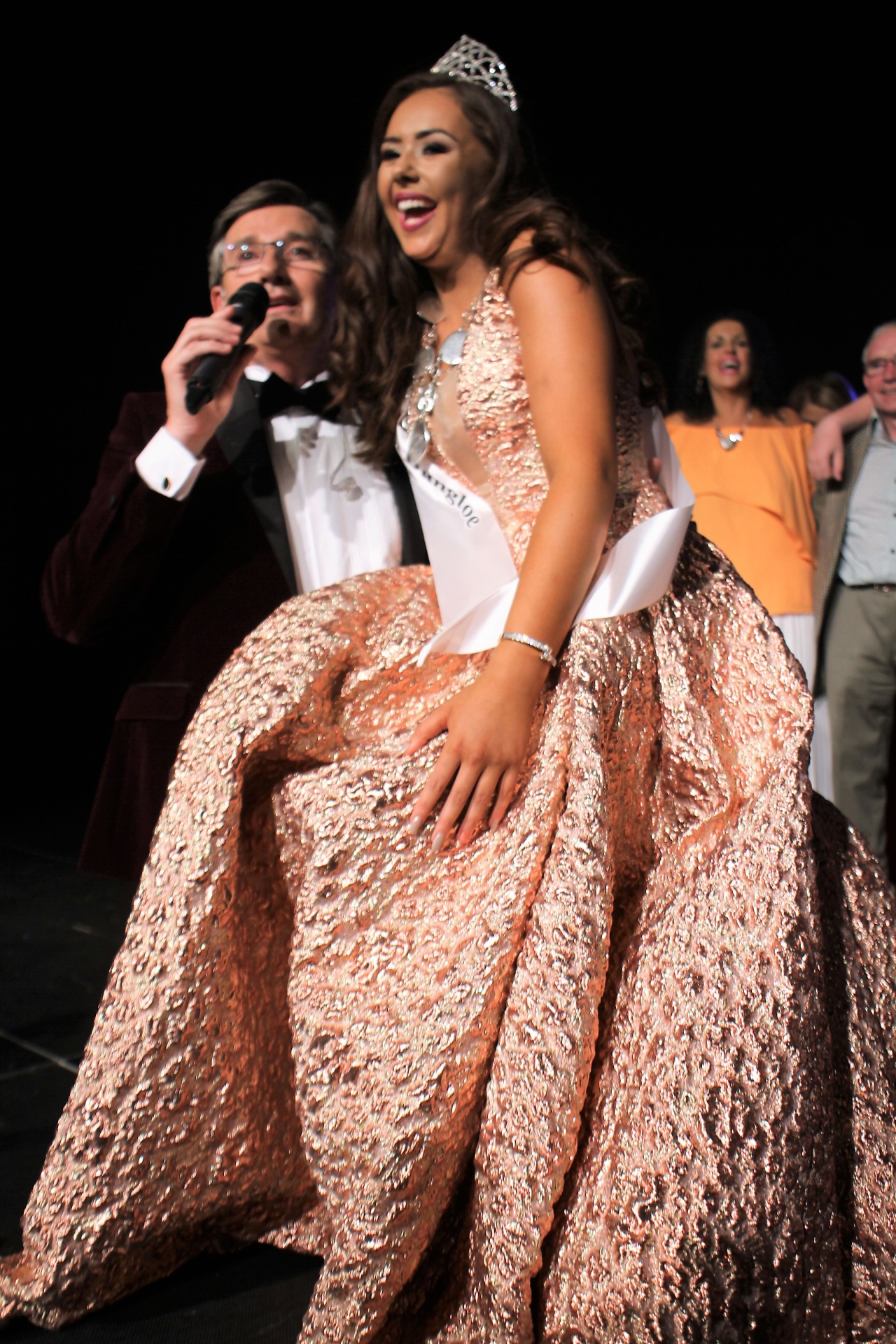 The winner, who is 20 and studying law, said she was honoured to represent her home city of Glasgow, but she is no stranger to Dungloe.

In her biography notes for the festival she explained: “My father was born and brought up in Tuberkeen and the festival has always been attended and enjoyed by myself and all my family and friends throughout the years and I am extremely excited to follow in my mother's footsteps as she was once the Glasgow Mary many years ago. My earliest memories of the festival is waking up in my granny Ward's b&b in Tuberkeen and being in awe of the beautiful Mary's from around the world.”

Alisha devotes her free time to volunteering for charities including working with the Irish Heritage Association in Glasgow to promote the Irish culture and language and spending periods of time in Malawi Africa, building and renovating classrooms to help children escape poverty through education.

An Irish dancer since the age of four, she has competed nationally and internationally at feiseanna and has represented Scotland as part of the Scotland under 21 netball side.

One of Alisha’s first duties as the newly crowned Mary from Dungloe is to attend the annual Meenacross Show which is on today.