The broad reach of arts, heritage and culture in Donegal

Creative Ireland, the government's legacy programme for Ireland 2016, is intended to mainstream creativity in the life of the nation. The culture-based programme is designed to promote individual, community and national well-being by encouraging personal and collective participation in cultural activity.

This week, the County Donegal Heritage Week Event Guide was launched, detailing the 124 Heritage Week events, most of them free, that will take place across Donegal from Saturday, August 19th to Sunday, August 27th.

Heritage Week aims to raise awareness of local heritage and encourage its preservation, conservation and promotion. Signalling the county’s commitment, Donegal is the county with the most events taking place per head of population.

“Investing in our heritage helps to raise awareness, foster interest and generate pride in our heritage, convey our sense of place and identity as well as attract visitors, support jobs and sustain local economies,” Mr. Gallagher said, adding that the success of the week is due to the people who organise the events, many on a voluntary basis, and the communities that support them. 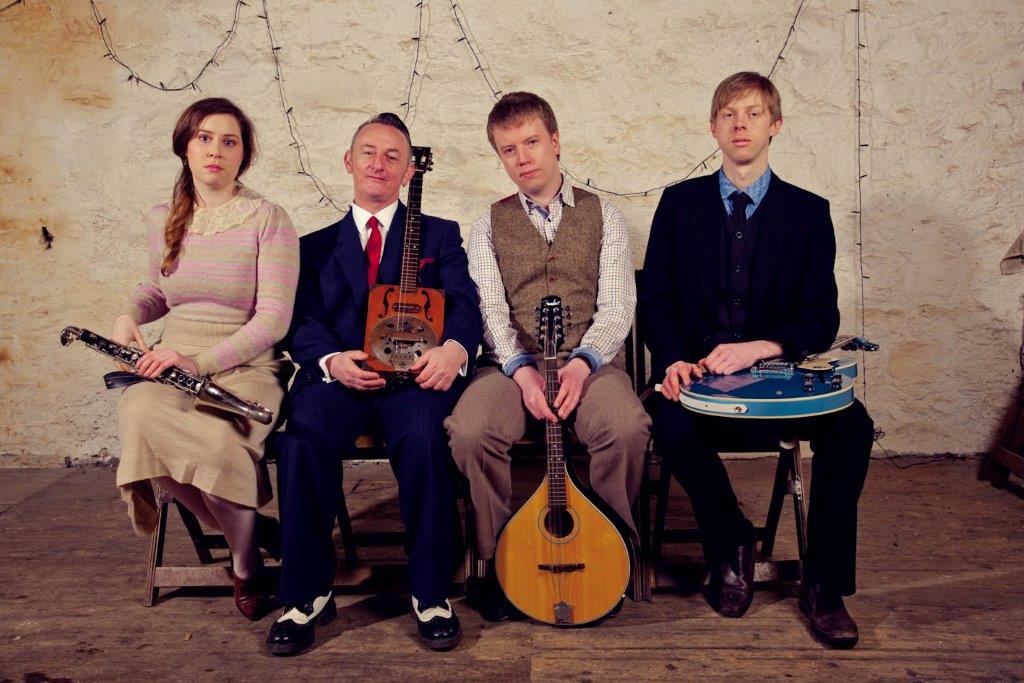 Little John Nee and The Caledonia Highly Strung Orchestra, who are performing at An Grianán Theatre on Culture Night this year.

“We’re hopeful that this is really going to highlight what's there and what's being expanded, so there is more awareness of what's available,” Eileen Burgess, Creative Ireland co-ordinator for Donegal, said. Ms. Burgess is the Donegal county librarian and manager of the county council’s cultural services division.

“The programme and certainly the appetite for it is growing from year to year to year,” Sally Murphy of Murphy Communications said. Ms. Murphy is working with Traolach Ó Fionnáin, county council arts officer, to help coordinate Donegal Culture Night 2017.

She said Culture Night has events and activities to draw people of all ages and interests. “When something like this is brought on to the streets, it engages with people who might not ordinarily go into those venues,” she said.

“It’s like an adventure - we become explorers in our own town,” Ms. Murphy said. Last year, an estimated audience of nearly 4,500 people attended Culture Night events in Letterkenny.

Culture Night “has captured the public imagination and harnesses the enthusiasm of artists and cultural organisations, connecting them with the community in a physical and real way,” Ms. Murphy said.

There has been great interest in Summer Stars - Donegal has already issued almost 9,000 books to children in the programme, which will culminate with an awards event.

The Donegal County Museum on the Letterkenny High Road is home to special exhibitions throughout the year, as well as a standing exhibition that tells the story of Donegal from prehistory to the 20th century.

The museum is currently hosting a major exhibition, “In Search of the Donegal Vernacular Cottage”. The exhibition, prepared by the County Donegal Heritage Office, Donegal County Museum, Donegal County Archives and the Regional Cultural Centre, runs through September 2nd.

“The traditional dwellings of County Donegal help to define our cultural landscape, refine our sense of place and reinforce our sense of identity,” Mr. Gallagher said. Through photos, illustrations and drawings from local and national collections, the exhibit highlights the distinctive forms and features of the Donegal vernacular cottage.

Coming to the museum on September 15th is “A Vanished World – the Landed Gentry of Donegal”. Curated by the council’s Museum and Archives Services in association with the County Donegal Heritage Office, this exhibition explores the world of the landed gentry in Donegal in the decades before the foundation of the State.

The exhibition will cover a number of themes - the houses and their demesne, social lives, women’s lives, politics and the First World War - through artefacts, documents and images from Donegal houses and the people who lived and worked in them.

“From the social whirl of dinner parties and balls to the management of lands, we are uncovering the stories of those who lived and worked in the vanished world of Donegal’s landed gentry,” Judith McCarthy, curator of the county museum, said.

The exhibition will run until early 2018.