Seamus Browne took the name from a Neil Young track 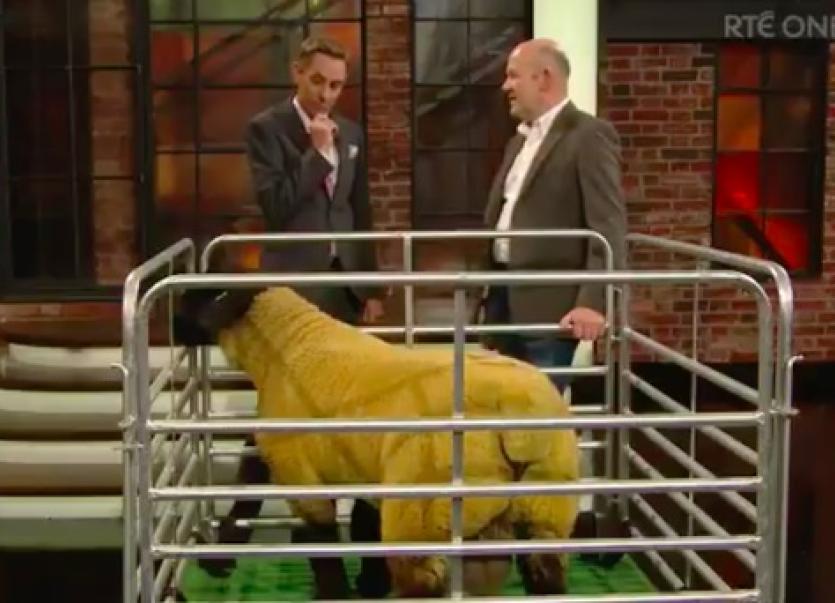 Seamus Browne of Letterkenny brought his €15,000 lamb to the Late, Late Show last night, after paying a record sum for the animal last month.

Seamus bought the pedigree Suffolk ram lamb last month at the Ballymena Livestock annual Premier Suffolk Show and Sale. Ryan told last night’s audience that it was the most expensive lamb ever sold in Ireland.

Seamus said he was a lifelong fan of singer Neil Young and his music, and decided to name the lamb Heart of Gold, after a track on the musician’s album, Harvest.

He explained that most lambs have faults, but Heart of Gold has none, saying the lamb had a nice head, a good line, a nice stand, lovely wool and a huge carcase.

“He really has the potential to breed top-quality lambs,” Seamus said.

With buyers coming to the sale from Ireland, Scotland, Wales and other places, Seamus said he had to go that high to bring the lamb home.

“I felt that I might not have this opportunity ever in my lifetime again,” he said.