Matthew McMonagle has been diving from a young age 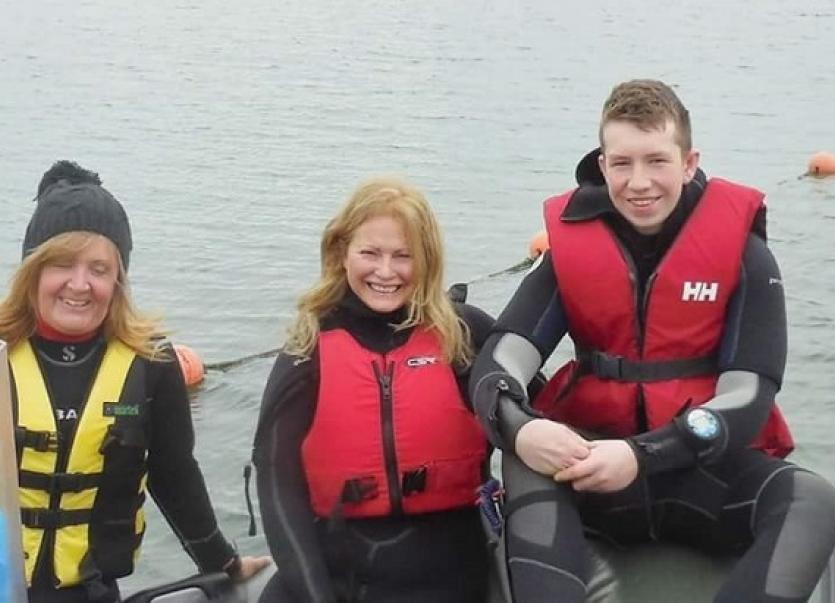 It was a frosty dive on Saturday morning for Sheephaven divers, when they conducted a boat dive at Pan Rock in Mulroy Bay.

Air temperature was less than 5 degrees Celsius and it felt colder as the divers travelled from Mevagh slipway on board Dive Boat Brid.

Surface-to-surface times of 30 minutes were enough at the dive site as water temperature was down to 10 degrees, while in-water visibility was good through-out the water column, with at least 10 metres horizontally in the upper reaches.

Despite the cold it was great to be out in the water on a crisp November morning, getting the best out the little bit of sunshine that was available.

For one young Sheephaven diver who would have been familiar with Pan Rock, there has been a big change of scene over the last few weeks, as Matthew McMonagle has started a three-and-a-half-year deck officer course with the National Maritime College of Ireland.

For the first year Matthew will be in the class room as he learns the theory of his chosen career, then in year two he will be at sea on placement with one of the shipping lines as a watch officer.

The NMCI has its own Sub Aqua Club, which is one of the dive clubs similar to Sheephaven SAC that are afflicted with the Irish Underwater Council (CFT) and from which Matthew would have certified as a club diver in 2016.

This year NMCI SAC have 12 trainees from the incoming students who will be under the supervision of Pat Hurley.

The students will have the opportunity to train with gear provided by the club and in the fullness of time take full advantage of the boats and air compressors that NMCI SAC have on campus.

Matthew started diving at the youngest age possible and no doubt will bring the same determination to NMCI that he showed as he went through his dive training and hopefully will remember that he started with Sheephaven SAC when he looks back in years to come.