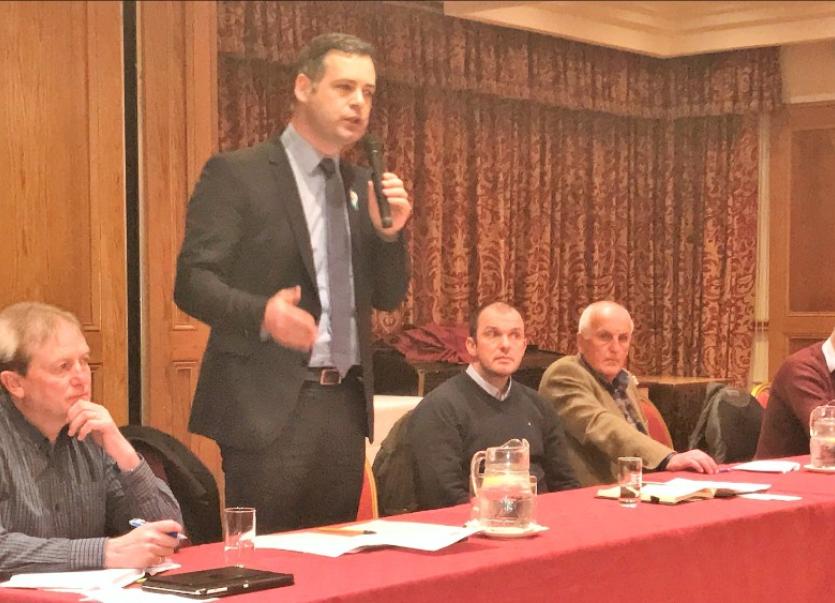 At a public meeting in Donegal Town last night in relation to concerns about the future of the local Garda Station, Deputy Pearse Doherty said that “Donegal is starved of Garda resources” highlighting the fact that numbers have been depleted throughout the county and particularly in Donegal Town where numbers have fallen from over 30 plus to 22 members.

Concerns were raised in the local community a number of weeks ago that despite a refurbishment costing €1.5 million, the opening hours of the station were to be reduced considerably.

Addressing a gathering of circa 50 people, Deputy Doherty said, “I have spoken to both An Taoiseach and the Minister of Justice and told them that this cannot be allowed happen. I say no to this unacceptable proposal.

“Donegal Town has the third largest station in the county and I feel that we now must bring this to a national level. This is not a political issue - it is time for the community from across the spectrum to join together.

“When Glenties was closed we were told that Donegal Town would be a 24/7 station - this is just a further depletion of services.”

He added, “I am not looking for 24/7 stations in every village in the county but in key areas like Donegal Town it is necessary.

“It is not really a choice of having members sitting in the station or gardai out on patrol, it is a combination of both and achieving the right balance. It must be available in such a large centre.

“The Chief Superintendent is shouting out loud and clear to the Assistant Commissioner for more resources - as a community we have a responsibility to keep this open. We can win this,” he said.

Doherty also confirmed that work will commence on the Garda station before the summer with works estimated at €1.5million.

All speakers concurred with Deputy Doherty’s observation with Deputy Pringle adding, “This is a similar problem across the county - the gardai are simply not been posted to Donegal. This is the decision of a Fine Gael Government backed by Fianna Fáil. The only way we will get a change is to get rid of them both.”

Cllr John Campbell in reference to the Joint Policing Committee said, “As one who has been involved with this committee I didn’t find them to be of any benefit. It was just a talking shop.