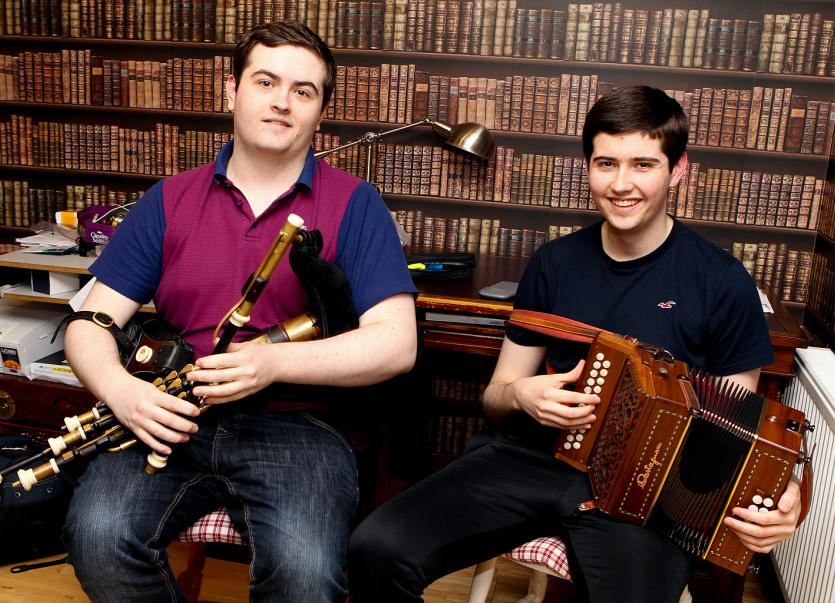 Letterkenny lads Eoin and Liam Orr achieved great success at this year’s international Pan Celtic Festival as representatives of Ireland, placing first in the senior duets competition.
The festival returned to Letterkenny this year to great critical acclaim, having hosted the festival in 2006 and 2007. Eoin, already a senior all-Ireland champion on uilleann pipes at Fleadh Cheoil na hÉireann and one of the youngest to do so played with his brother Liam on button accordion. Both brothers said they were extremely proud of their big win.
On Monday they performed alongside their branch of Comhaltas: C.C.É Leitir Ceanainn, hosting a French contingent from Brittany in a cultural gathering of Celtic music, song and dance at Gartan Boathouse. Letterkenny Comhaltas also played on stage at the official opening of the festival in the Mount Errigal hotel with special guest Mairéad Ní Mhaonaigh and other Celtic nations, adding to the large audience’s enjoyment.

The festival will be held once again in Letterkenny next year – an event not to be missed!