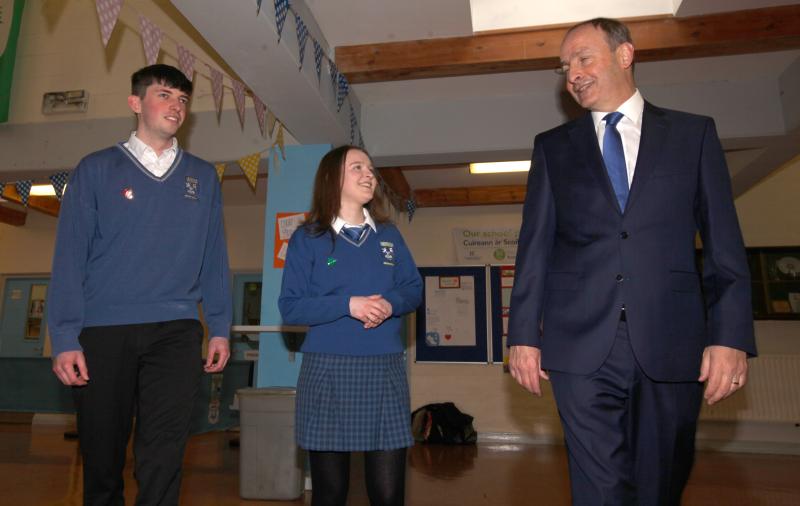 Micheál Martin talking to head boy and girl Conal Sweeny and Mary Flora Scott on his visit to Coláiste Cholmcille.

Micheál Martin called in to Coláiste Cholmcille last week for a quick visit! The Fianna Fáil leader was greeted at the door by Head Boy, Conall Sweeny and Head Girl, Mary Flora Scott.

Mary Flora took a moment to show Mr. Martin one of her own campaign posters featuring a photograph of the two of them at the Ploughing Championships last year. Mr. Martin addressed a Fifth Year History class, explaining how his interest in history led him to politics, and talked about the importance of politics in Irish life. Mr. Martin fielded questions on the homelessness crisis, the upcoming abortion referendum and the prospects for a restored government in Northern Ireland.

Outside the Art room, he stopped to admire the Rory Gallagher mural by Ray Storey, before popping in to meet Leaving Cert Art students at work. The visitors enjoyed tea and scones prepared by the Home Economics department, then called in to say hello to Tara and Janet in the office before departing.