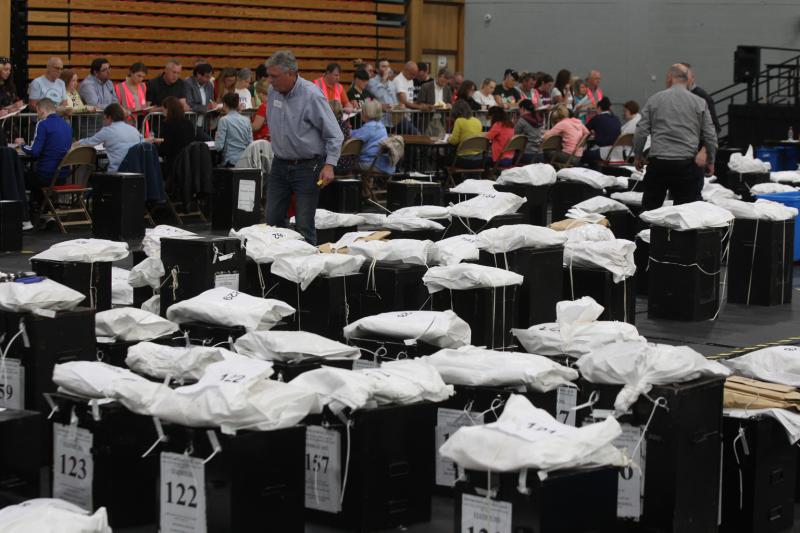 Donegal is the only constituency to vote against the repeal of the Eighth Amendment.

A total of 35,091 people voted against the proposal to repeal the Eighth Amendment with 32,559 voting for.

Donegal was one of the last constituencies to declare after a period of confusion as to why no declaration had been made.

Despite being the only constituency to declare a No result, Yes campaigners in the count centre were jubilant at the national result and a higher Donegal Yes vote than many had expected.

No campaigners were in a despondent mood all day despite their success in Donegal.

Spokeswoman for Donegal Together for Yes, Cathie Shiels, said Donegal had further to come than the rest of the country.

“I feel like we were the underdogs here compared to the campaign we were up against. We all came together and did a great job. It was so tight as well and we are not dragging down the national average, we did a really, really good job and I am so proud to work with the people that I did and it has been a great campaign and a great community and overall obviously we are happy.”

Pro-Life campaigner Tim Jackson said he was delighted at the result in Donegal but despondent at the national result.

“It’s a bitter-sweet day in that thankfully Donegal voted No but in the country it was lost.”

He said women should have been supported more in crisis in the last 35 years but “politicians should have acknowledged that they have no right to kill innocent human beings or propose votes on who can live and who can die.”

The area of south Donegal which voted in the Sligo-Leitrim constituency has voted at odds with the rest of Donegal.
The Donegal constituency is on course to be the only constituency to return a No vote with a 52% No to 48% Yes vote expected.
The 4,052 Donegal voters who cast their vote in Sligo-Leitrim have returned a ballot in line with the rest of the country.
Tallies show all of the 14 Donegal boxes opened in The Clarion Hotel in Sligo gave a comfortable Yes vote.
The boxes opened in Sligo were from the Ballyshannon, Bundoran, Ballintra and Rossnowlagh areas.
According to the final tally figures for the constituency of Sligo-Leitrim constituency, the Yes vote has won the vote with 59%.
The final tally figures showed total votes of 57,787 with the Yes vote at 33,943 (59%) and the No vote at 23,579 (41%).