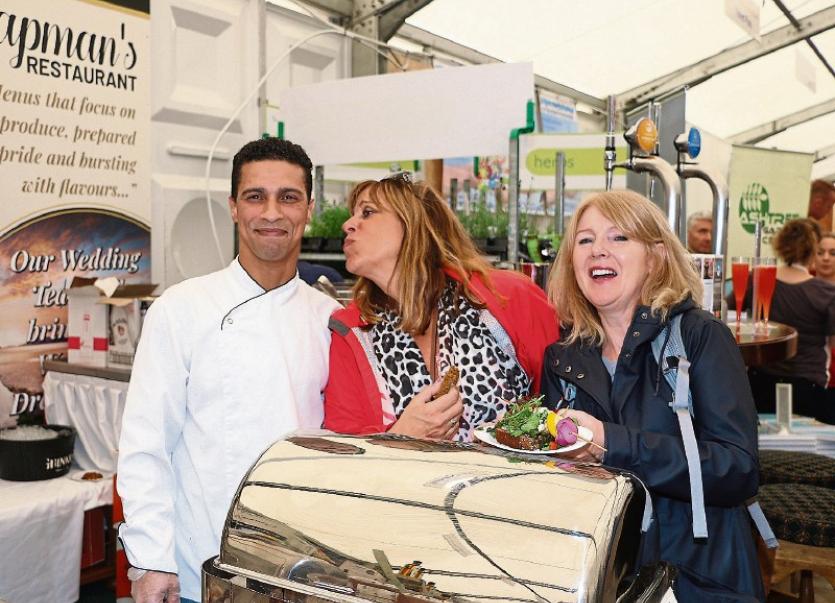 The 10th anniversary of the Taste of Donegal Food Festival was marked in style with thousands of people enjoying a memorable weekend that saw dozens of top chefs, food and beverage producers and retailers offer the very best in the business to those who visited the tented village on the pier. Although it is very much a team effort, the festival's leader is Ernan McGettigan who has been seen day in, day out on the pier preparing and assisting in every aspect of this major undertaking.
Mr McGettigan said: "We are absolutely delighted with the weekend from every aspect. In spite of the adverse weather conditions and indeed the fact that the Pope was in both Knock and Dublin we matched last year's attendance of 25,000 plus. There is no doubt in my mind that had the weather been better we would have event attracted more.
He added, “I would like to thank most sincerely the whole community in the town - they rowed in behind us as they do every year and a special mention for both the gardaí and the traffic wardens who worked hard to keep the traffic flowing and assist people to find parking spaces.”
Chef Anthony Armstrong, the head of the judging panel for a Passion to Inspire said, "This competition just goes from strength to strength and every year we just see the standard of culinary excellence reach a new height.
“This year our overall Gold Medal Winner was a young chef, Daniel Mullarkey from Nicola's Codde and Gift Shop in Killybegs. Daniel was runner-up last year and what gave him that vital edge was the fact that he had brought his dishes, Hake and Lamb, from the sea and the farm the whole way to the plate. He really is a great talent.”
Attila Cibztill from The House Restaurant. in Donegal Town was a close runner-up. “It all augurs very well for the tourism product in Donegal,” said Anthony.