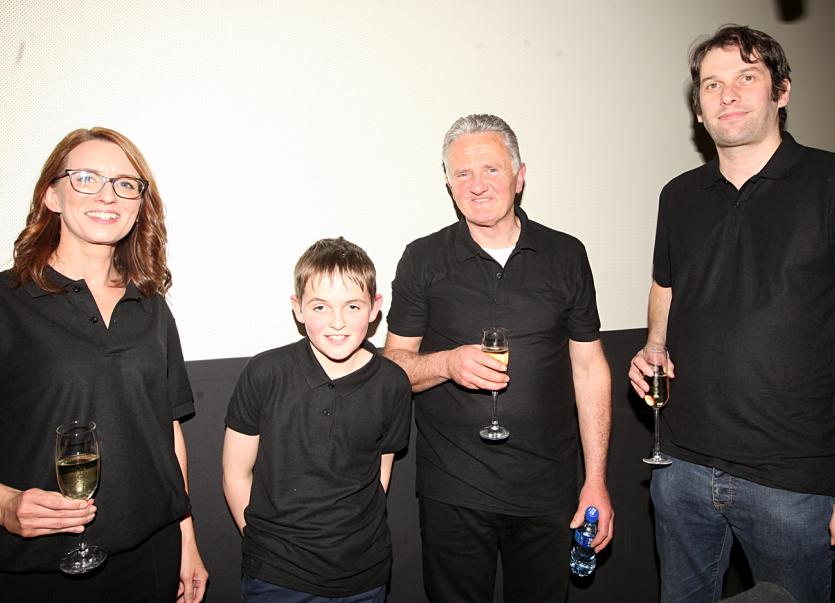 A radio play “Farewell to Every White Cascade,” written by Francis Harvey recorded and performed before a live audience in the Abbey Centre in Ballyshannon has renewed a debate in the town and further afield about the decision to dam the river in the first place for hydro electrification.
On Wednesday evening last eleven members of the Harvey family were among a full house to attend the presentation of the play as a radio drama. Ben Daly (11) had one of the main parts, and rose to the occasion in style; he and his former school principal Conor Carney who was magnificent, working well together. This was a powerful hour of thought-provoking theatre with all four cast members, Conor, Ben, Terence McEnaney and Audrey Davitt brilliant in their roles.
What added hugely to the whole experience was the beautiful music from Caoimhin MacAoidh, truly wonderful.
With the performance recorded professionally by Mary Harkin assisted by Conor Beattie, who is an acknowledged technical wizard, the final product when edited, promises to be well worth a listen.
At the moment it’s understood there are soundings which ultimately may well result in the play being broadcast locally and possibly, nationally by RTÉ.
The Wednesday production was hugely enhanced also by the use of ESB archive photographs secured by Brian Drummond and Brendan Mannix Gallagher, who secured an ESB archive video showing the erection of the dam.
“Farewell to Every White Cascade,” was co-produced by Carl Duggan and Trish Keane, and all involved deserve great credit for this fine production.
Afterwards the reaction from all, in particular the Harvey family was hugely positive, they loved it.