Charity certainly begins at home with Ramona and Canice 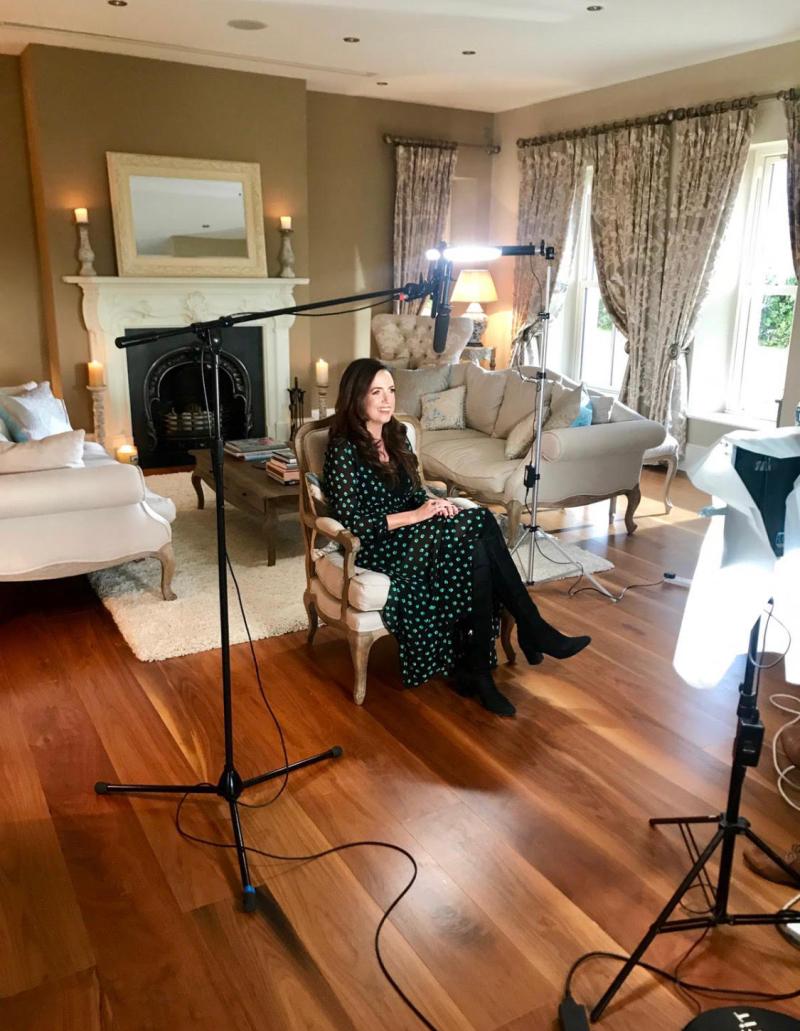 A Donegal family will feature in the exceptionally popular television show 'Celebrity Home of the Year' on Wednesday, January 2. During the Christmas season, RTÉ aired many popular home-produced programmes amongst which was the 'Bundoran’s Brennan sisters' which featured on Sunday Miscellany.

There are so many festive crackers in this year's Christmas line-up but “Celebrity Home of the Year” stands out among the rest. It may well be your favourite programme of the year with the added bonus that charity will be the real winner irrespective of who emerges as the winner of what is essentially a “good-fun” programme.

After all, who doesn't love getting a sneak peek behind the doors of some of Ireland's best-known people?
The Bundoran home of Ramona and Canice Nicholas and their two young children had been chosen by the national broadcaster and there nobody was more surprised than Ramona and Canice when they were approached to feature on the hit programme.

Their home, located on Tullan Strand with unhindered views of Donegal Bay and far off Slieve Liag features alongside those of artist Robert Ballagh, writer John Boyne, meteorologist Jean Byrne and singer-songwriter Eleanor McEvoy.
Ramona who originally made a strong impact on the Secret Millionaire and later on Dragon’s Den told the Democrat: “I’ll have to admit that I was totally surprised if not somewhat shocked when we were asked.
“Our home is very much a family home and as you can imagine with two very young active children you never know what to expect when you come in the door - toys scattered everywhere, we even went through periods of rabbits, dogs, goldfish to name but a few of the things you would associate with a young family. Add the lead into Christmas from both a business point of view and looking after two excited kids, I’m afraid they will have to take us as they find us.
“It is very much a ‘lived - in house’ and far from a ‘trophy home’ I’m afraid I’m not one of those people who spends the day rushing around with a duster. Home is very much for living in."
During the filming, the family had to vacate the house while RTÉ rummaged around and later interviewed Ramona.

She added, “I was very reluctant at the start, I suppose our home is a very personal thing to us all but when I discovered that it was the same crew that I had worked with before, I was happy.

“The main deciding factor, however, is that the winner will receive €5,000 to donate to a charity of their choice. There are so many social problems out there that one way or another, win lose or draw, I will be donating €5,000 to the Marie Keating Foundation.”

The programme screens on Wednesday night and even Ramona and Canice are awaiting with interest just to see how her favourite place turns out.

“We did do a good tidy up so I’m sure it will be just fine," She said