Donegal side Coláiste Ailigh, Letterkenny U-15 girls are All-Ireland champions 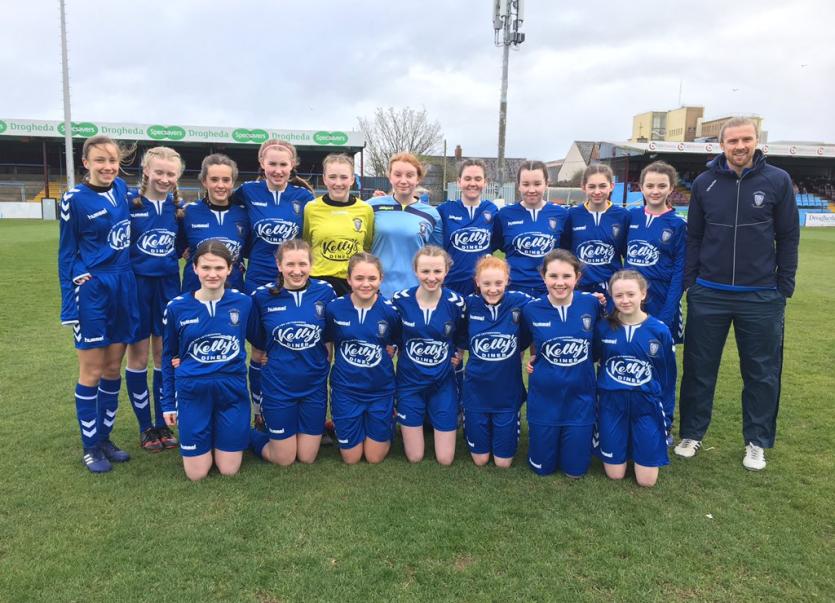 Congratulations to Coláiste Ailigh, Letterkenny who have won the FAI Schools Minor 'B' (U-15) Girls National Cup final, defeating Ramsgrange CS 2-1 in the final played at Drogheda.
The Letterkenny girls had to come from behind after the Wexford college took the lead on 10 minutes with their captain Ava White Keating slotting past the Coláiste Ailigh 'keeper.
Coláiste Ailigh got back on terms on 22 minutes thanks to Aoibhinn Ni Chonaill, who latched on to a loose ball in the box to convert from six yards.
The score remained level at the break. Ramsgrange had a chance on the resumption but Jennah Molloy dragged her shot wide. And then it was the Letterkenny girls who got the decisive goal in the second half on 35 minutes with the impressive Erin Ni Dhochartaigh hitting the target direct from a corner with the wind assisting the delivery.
Later Erin Ni Dhochartaigh was dened by 'keeper Mia Doyle as she fired from distance.
Ramsgrange pushed for an equaliser and the Letterkenny College survived a goalmouth scramble with Erin Ni Dhochartaigh diverting the danger to clear their line.
The full-time whiste saw great scenes of jubilation for the Coláiste Ailigh girls and their coach Finn Harps captain Keith Cowan.