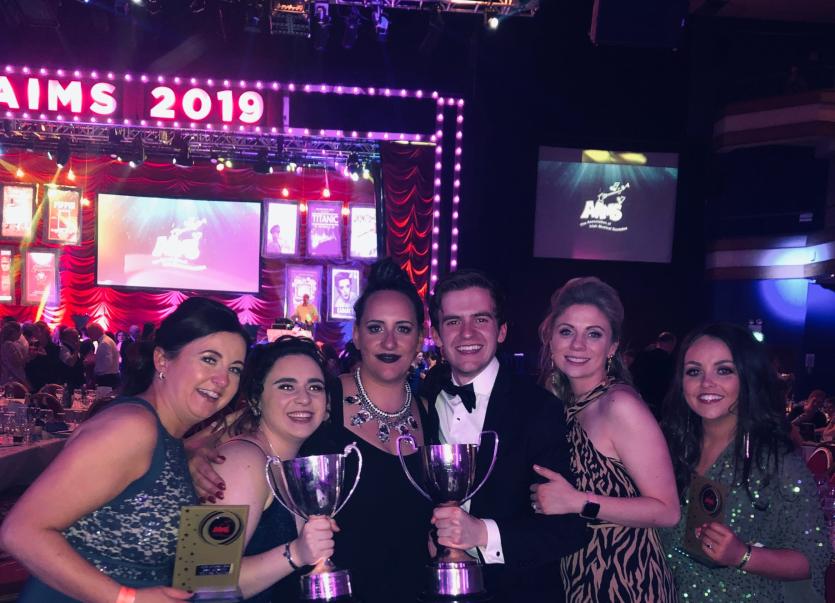 Celebration time for DYMT in Kerry where they scooped two awards

The theatre company was nominated for two national awards for their gender-blind adaptation of Jesus Christ Superstar in 2018; Best Stage Management (Eavan Gribbin) and Best Director (Séimí Campbell), for which they won both categories on Saturday 15th June.

Eavan Gribbin (LIR Academy, Dublin) hails from Fermanagh and is a well regarded Stage Manager across the country. She worked with Séimí before on his production of EVITA with TMT, O’Reilly Theatre Dublin in February 2018, as well as recently working on Chicago (Dublin). He is working in London’s West End on Come From Away (Phoenix Theatre), Jesus Christ Superstar(Barbican), is directing the UK Premiere of Disney’s ‘My Son Pinocchio’ which runs in London’s Southwark Playhouse this summer. He also returns to Donegal to direct this summer’s production of Oliver! in An Grianan Theatre, Letterkenny with a national youth cast of Ireland’s finest young actors in August 2019.

In his acceptance speech on Saturday night, Séimí told the audience of 1500 at the INEC that "Jesus Christ Superstar was a special piece" for him and he thanked his "incredible cast" and creative team.