IT OCCURS TO ME: Making sense of the Donegal lingo

Wee Paris is some doll, hi 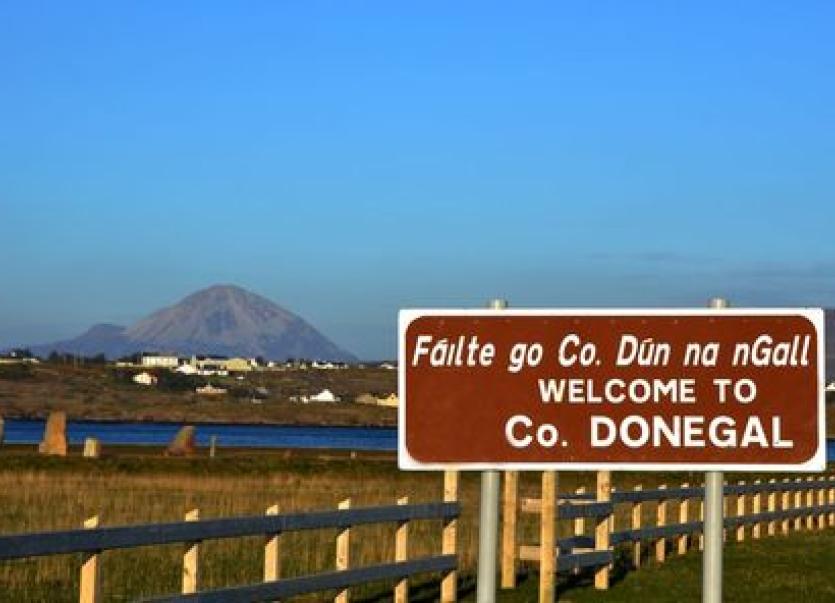 The Pig in the Parlour behind the Half-Door where a Leprechaun lives may be Irish cliches that annoy us, but some tourists come seeking that type of ‘Oirishness’ and are disappointed to find that we’re rather a modern outfit.
I’ll make an exception for some travellers, especially travel writers, and when I came across one with the exotic name of Paris Donatella Callan, says I...her take will be interesting. And it was..mainly because she looked at the most famous words in our own beloved corner:
“HI:
This one is globally recognized as a form of greeting, shortened from the word “hello”. However, in Donegal, the word “hi” takes on a whole new meaning and boy, it can get confusing.
Essentially, “hi” in Donegal is placed at the beginning and/or the end of a sentence, and means absolutely nothing.
Example: “hi, some fine day out there, hi.”
CAT:
Now, most out-of-towners may come across this word and immediately think of our beloved furry friends, but Donegalers mean something completely different.
Meaning: terrible or awful
Example: “there’s a cat storm coming, hi.”
RARE:
In the rest of the country, the word “rare” would mean something unique, uncommon or exceptional. It is also a way of describing the cooking-style of a piece of meat (i.e. meat which has been cooked for a short time and is still pink or “bloody”). Yet in Donegal, it means some different altogether.
Meaning: strange
Example: “he’s a rare aul boy, hi.”
WANE/WEAN
The first thing that springs to mind on this one is the male name Wayne; however, this isn’t what Donegalers are referring to. Two spellings of this word can be spotted about town, although they share the same meaning, locally.
Meaning: a child, infant or baby
Example: “Will you be bringing the wanes/wains with ya, hi.”
HANDLIN’:
This word is definitely recognisable in the English language, but those who hail from the region of Donegal have a whole other meaning for it. In fact, it means nothing you would imagine. It does not relate to some “handle with care” sticker that accompanies a fragile parcel if that’s what you were thinking.
Meaning: an awful or very bad experience
Example: “last night was a handlin’ I tell ya, hi.”
WILE:
This is not the incorrect spelling of “will” nor is it a local spelling of the name “Will” or “Willie”. Instead, this Donegal word is used to mean something different altogether.
Meaning: very/strongly/a lot (note: this word has negative connotations)
Example: “wile winds blowing last night, hi.”
FOUNDERED:
This word has absolutely nothing to do with the following words: “founder”, “founded”, “founding” or “found”. In fact, it means something different altogether and is commonly used by Donegalers.
Meaning: very cold or bloody freezin’ (as the majority of Irish would put it)
Example: “I was foundered out there lads, hi.”
HEADER:
This does not refer to a football manoeuvre where you bounce the ball off your head. It has absolutely nothing to do with football or sports at all, as matters would have it. This Donegal word is used often to describe someone who is the life of the party.
Meaning: someone who is a lot of fun
Example: “Yer man is some header, hi.”
LOCK:
This word is commonly thrown around in Donegal. Although out-of-towners may consider this word to have some affiliation with a lock (a lock on a door, for example), it, in fact, means something completely different.
Meaning: a quantity of something
Example: “Throw me a lock of those coins there, hi.”
Paris Donatella did very well there I think, except for ‘WILE’ which does not always have negative connotations, as she claims...e.g. Wile nice, wile good, wile warm, wile kind etc.
Anyway, I was wile foundered a few weeks ago...the rain was cat...so says I to mesell, I’d better gather up a lock a pound and take hersell tae the sun or it’ll be a ‘hole handlin’, sir. She’s cat in the coul....a header, hi! I can be rare mesell, mind ye!

"The Continental Army suffered a bitter winner at Valley Forge, found glory across the waters of the Delaware and seized victory from Cornwallis of Yorktown. Our Army manned the air, it ran the ramparts, it took over the airports, it did everything it had to do."
So said Donald Trump a few weeks ago but what really exercised me was his excuse…“The teleprompter went out, it kept going off…and that’s not a good feeling.”
Any of us who have ever used teleprompters will tell you that normal intelligence should always override a technical glitch...in other words, as a wise old relative advised me once: “Always use your head and not the thick part of your neck!”
Thank God Brian Boru had helicopter gunships at Clontarf or we’d all be speaking like the Swedish chef in the Muppets:
“I don’t always herdy der mur merdy floopin
But when I do, I der schmer der her der floomty
Derv shoopin flerpty dur…
Bork bork bork
Hurdy gurdy gurdy!”
Mind you, the chief Muppet escaped and is now obsessed with building walls and ranting about fake news. I prefer the Chef!

I see where up to 70 ‘festival goers’ on a Ryanair flight from Manchester to Croatia shouted and vomited in the aisles during a ‘flight from hell’ for three hours.
One young girl said: “‘It was like being in a jungle with wild animals,’ she said. ‘It was hell on earth. It was the worst flight of my life. It was absolutely appalling.”
Ryanair in a statement spoke about the importance of ensuring the crew and passengers were safe.
The solution is simple, people who are clearly drunk should not be allowed on the flight...end of story! The safety and security of other passengers and crew must come first.
It’s enough to make you vomit in the aisles...