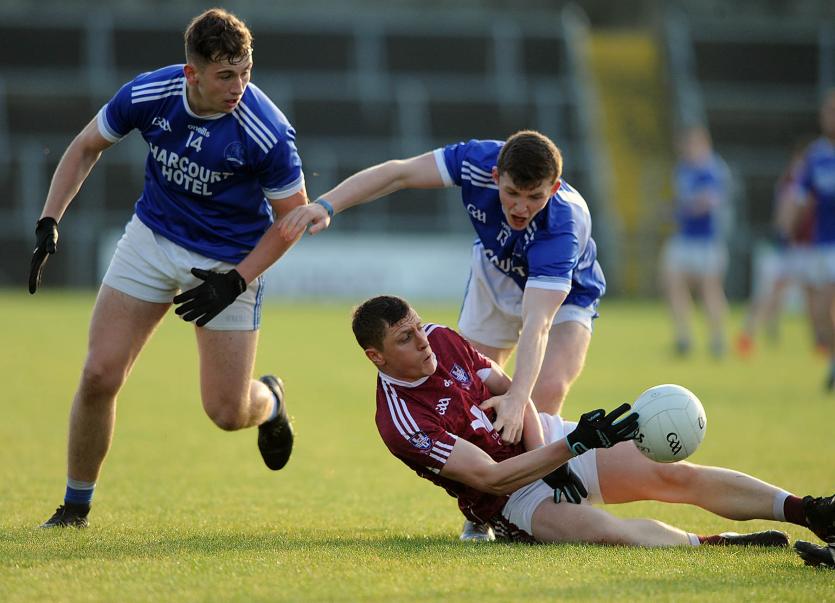 Naomh Conaill, who were only crowned Donegal champions on Wednesday night, overcame the much talked about three-day turnaround to pull off a deserved victory over the two in-a-row Cavan champions on their home patch.
This victory was honed out of a hard work ethic and a game plan that is not everybody's cup of tea. But there are few in Glenties or the surrounding area too worried about their much maligned defensive system.
Naomh Conaill were the better side and although there was only three points between the sides at the finish, they had the look of winners about them from very early.
But for weary legs and the draining schedule of their three game county final saga with Gaoth Dobhair, this would have been more comfortable.
Eoin Waide returned to the Naomh Conaill starting 15 and he slotted in at his customary wing-back position with Marty Boyle moving to attack to replace the injured Eoghan McGettigan.
Top Cavan forward and regular centre-half-forward Cian Mackey did not start for Castlerahan.
Naomh Conaill began with two quick points to go two up inside three minutes. Kieran Gallagher knocked over the first on two minutes after a Brendan McDyer turnover and an AJ Gallagher break.
McDyer snapped on a short Castlerahan kick-out to knock over the second as the Cavan champions struggled against the Naomh Conaill defensive set-up.
Kieran Gallagher and Ciaran Thomspon had chances as Naomh Conaill tried to hit on the break. They had to wait until the 15th minute for their next score as Castlerahan were wayward at the other end.
Ciaran Thompson converted from a ‘45' after Kieran Gallagher was denied a three pointer by a spectacular one handed save from Jamie Leahy in the Castlerahan goals.
Thompson’s point opened up a 0-3 to 0-0 lead and seconds later Charlie McGuinness extended the Naomh Conaill lead out to four points.
Cormac Daly kicked Castlerahan’s first of the day on 18 minutes and the margin was back to two shortly after when Brian Ennis knocked over a second Castlerahan point.
Gallagher also fluffed a second goal chance when he screwed his shot wide from ten metres.
But the goal that was threatened finally came after Marty Boyle, Ciaran Thompson and Gallagher combined for Thompson to squeeze the ball in under Leahy as he cut in along the left hand end-line.
That was on 24 minutes. But Naomh Conaill did not score again for some time as the Cavan men came more into the game. They kicked four unanswered points - Shane Cooney, Karl Cosgrove, Enda Flanagan and Cormac Daly hitting the target for a three point game at the interval.
The Donegal champions found their scoring form once again on the resumption and they rattled off five points to Castlerahan’s one to go seven points clear by the 41st minute.
Charles McGuinness, Anthony Thompson, Ciaran Thompson, Jeaic Mac Ceallabhui and Dermot Brick Molloy landed the points for the men from Donegal.
Cormac Daly scored the Castlerahan point.
Martin Regan ran his bench in the final quarter as Stephen Molloy replaced Marty Boyle. Nathan O’Donnell, John O’Malley and Hughie Gallagher were also given run outs. The players who were replaced all received rousing receptions as they left the pitch from the large Naomh Conaill support in the 2,753 attendance.
Castlerahan did rally late on and thanks to points from Sean Brady, Ronan Flanagan, Karl Cosgrove (2) and Cormac Daly, the margin was back to two in the early seconds of injury time.
Castlerahan played the closing minutes down to 14 men after wing-back Conor Daly was shown a red card following an altercation along the sideline.
Naomh Conaill sealed the win with a late Anthony Thompson point.
They now play Clontibret from Monagham in the Ulster semi-final. The Monaghan champions defeated Crossmaglen Rangers on Saturday night in their quarter-final tie at the Athletic Grounds.