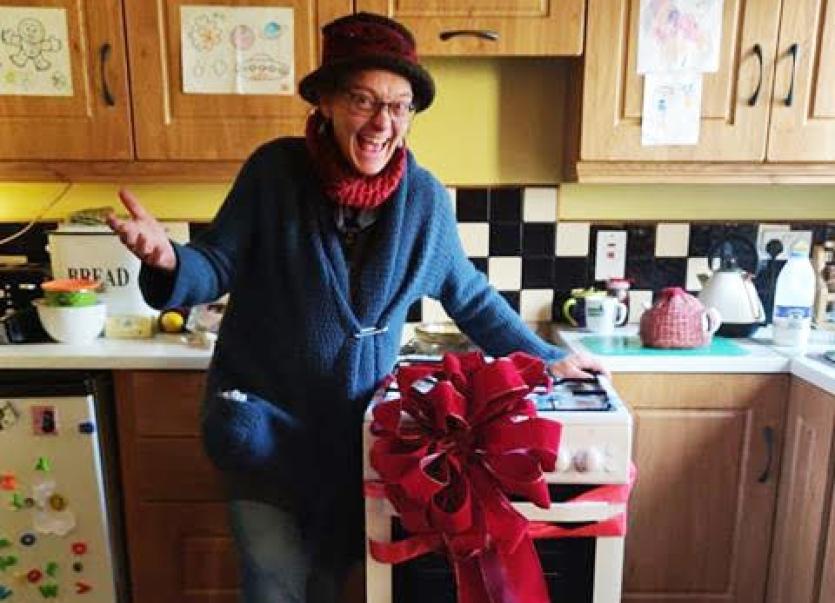 This well known Donegal storymaker, poet and baker, Breezy Kelly, the driving force behind the Bake Bread for Peace international movement was left speechless when Irwin Expert Electrical surprised her with the delivery of a new cooker last Friday afternoon.

As they say 'One good turn deserves another', and even if the many 'good turns' get to be so many that you have no meaningful way to repay them, Breezy’s, good friends and neighbours, Anne Frances Long and Susan O’Donnell, wanted to do something to repay kindness to Breezy after she so kindly helped them in so many ways over the past number of months.

Born and bred in Glenties, a baker and story maker, Breezy started a worldwide movement three years ago and it took off big time. Bake Bread for Peace was a way she knew she could heal people in times of sorrow and in difficult times for families and local communities.

"Breezy came and with her good humor, cooking skills to make sure everyone was fed and she literally just kept everyone going. She always arrives and leaves quietly with no fuss, just there to help others. How do you ever repay that type of kindness and thank someone for that without being asked?. I went around to her house to visit her to thank her personally and noticed that the oven that she uses to Bake all day everyday had a broken door and she had a chair against it to keep it closed.” says Anne Frances. 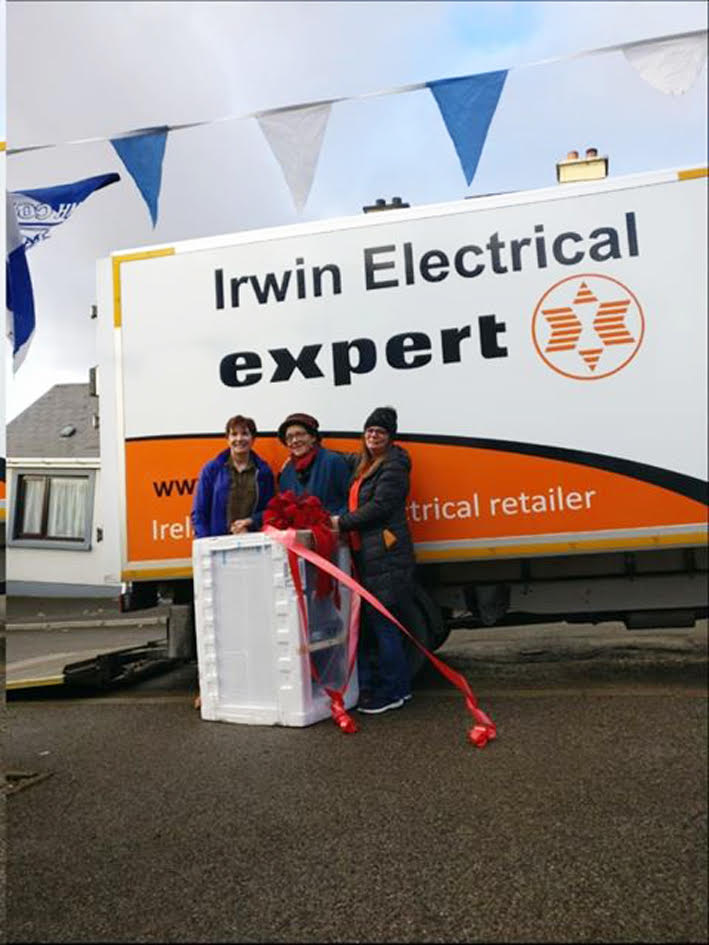 Susan O’Donnell and Anne Frances Long with Breezy, centre, and the new arrival!

Afterwards both Anne Frances and Susan contacted Irwin Expert Electrical in Letterkenny, told them their stories and all about Breezy and they were delighted to respond by saying of course they would help by supplying a new cooker for Breezy.

Breezy herself, had a difficult growing up, sad and painful and the only place she felt secure was in the kitchen when her mother was baking bread. Her mother was a master baker and the smell of freshly baked bread was the aroma of peace, the smell of freshly baking bread hugged her and she felt safe. And all she wanted was others to feel this aroma of peace across the world.

Bake Bread for Peace began when she woke up early one beautiful July morning and couldn’t get back to sleep. She got up, went downstairs, filled the kettle and because she hadn’t seen the news for days she turned on the television to catch up. She was floored by what she saw: disasters, wars, sadness and despair. Even before the kettle came to the boil her happy mood had changed and she felt fear. She felt frightened about the situation both at home and round the world for everyone.

But as she thought about it sitting over breakfast in the homely kitchen of her Glenties home, she realised perhaps there was something she could do. 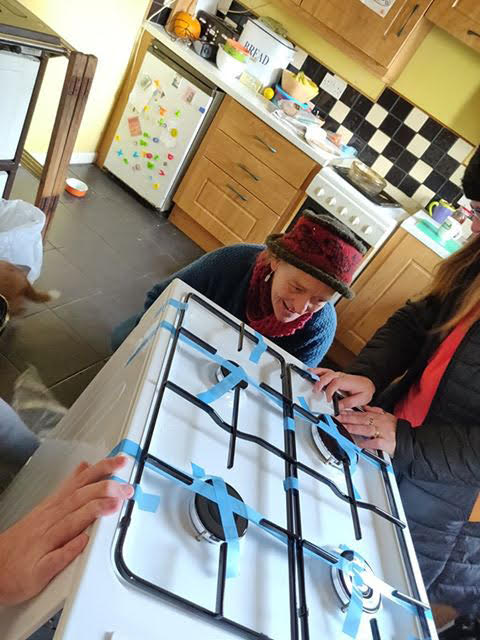 Breezy gets to grips with the controls

Breaking bread is the universal sign of peace. She thought, you know, maybe we could get a few heads together to organise something so she posted an idea on her Facebook Page later that morning and the response she got was overwhelming so much so that it led to the creation of an international day and movement to Bake Bread for Peace.

Her aim was that no matter where you are in the world, just invite people to your home for an evening of baking and talking. Switch off phones, put a sign on the door not to interrupt and be mindful of what it’s all about Peace, have a lovely evening, share your kitchen and have some fun and laughter.

As the poet says, peace slow a process sometimes but the Bake for Bread movement is travelling into homes and businesses at a fast rate, not always to bring peace to world hot spots but to homes where there is distress or sadness. She would say: "The smell of fresh bread is a healer and sitting round a table the best way to communicate and it just simply builds bridges”.

There were hugs, laughs and tears when she opened the door to see the Irwin Expert Electrical’s van parked outside and the delivery man leaving off a large box wrapped in a big red bow. Little did she know that for her, Christmas really could come early. She just couldn’t believe the kindness that her neighbours and Irwin Expert Electrical had shown to her.