Hundreds of people sign book of condolences in Donegal for Conor, Darragh and Carla McGinley

Huge outpouring of support for their bereaved father Andrew 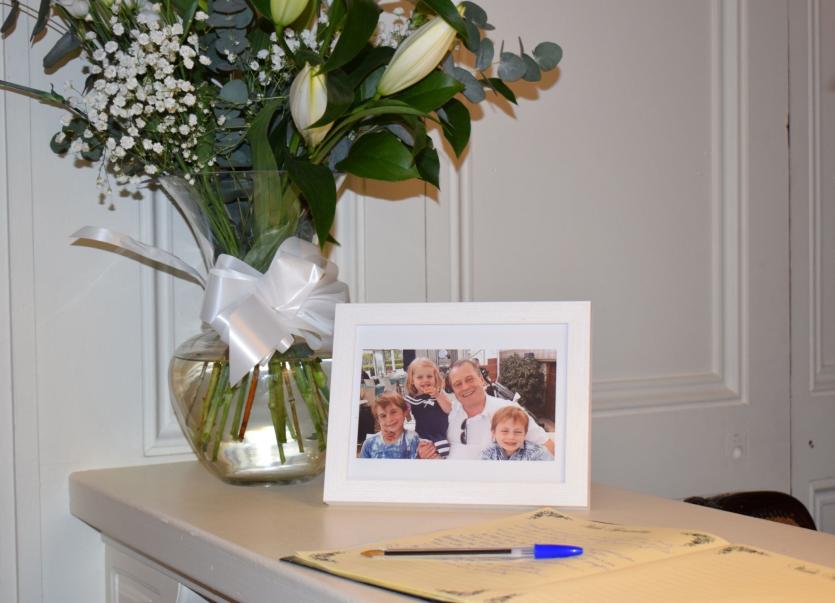 The book of condolences for the Conor, Darragh and Carla McGinley

There is an overwhelming sense of grief and helplessness in Donegal Town as people struggle to come to terms with the tragic deaths of the three McGinley children.

The desire to reach out to their bereft father, Donegal Town man Andrew McGinley is evident from the huge number of people who have come to the Central Hotel to sign a book of condolences.

People taking their turn in signing the book in the hotel’s reception area are turning to each other, each with the same question: “What can I say?”

The term 'lost for words' has never been more apt.

In the end, most opt for: “My thoughts and prayers are with you.”

There is little else to say, with everything paling into insignificance against the magnitude of this loss.

The remains of siblings Conor (9), Darragh (7) and Carla (3) McGinley were found when gardaí responded to call at Parson’s Court, Newcastle, Dublin on Friday evening.

Their mother was brought to Tallaght University Hospital for medical treatment.

Gardaí released the following statement on Tuesday: “A woman in her 40s has been arrested on suspicion of murder, in relation to the discovery of the bodies of three children at a property in Parson’s Court, Newcastle, Co. Dublin on 24/1/2020.

“The woman arrested was found at the scene and has been receiving medical attention at Tallaght University Hospital following the incident.

“She is currently detained at Clondalkin Garda Station under Section 4 of the Criminal Justice Act, 1984.

The woman has since been charged.

Post mortem examinations carried out on the children’s remains are not being released for what gardaí describe as ‘operational reasons.’

Andrew McGinley's statement released through gardaí has touched the heart of the nation.

He said: “There are no words. There is only devastation, grief and anguish. Every breath is a struggle.

“Conor, Darragh and Carla are adored. They all had beautiful, bright futures ahead of them with family, friends and a community who love them.

“To all parents, cuddle your children whenever you get a chance, tell them how much you love them as often as you can, spend every spare minute with them reading, playing and enjoying their wonderfulness.

“The future has now become our enemy but we will battle it every day to keep the memory of Conor, Darragh and Carla alive.”

The McGinley children and their father have many friends and relatives in Donegal where Andrew attended school and worked as a chef before moving to Dublin.

In Newcastle, Dublin the community has set up a GoFundMe page to help the family. To date, almost €20,000 had been donated.