Paul McCormack was a popular winner of the ISPS Handa British Blind Golf Open this week at Galgorm Castle.

McCormack, whose family are from Meencarrigach, Ballybofey, was the B2 gross and overall winner over the two days, shooting 176 gross, 126 nett. Before Galgorm he was winner of the 2016 and 2017 ISPS Handa US and 2017 British Blind Golf Open Championships.

He joined the New York Police Department in 1990 and on September 11, 2001, was captain in the NYPD’s 41st Precinct, when a terrorist attack brought down the twin towers of the World Trade Center.

Assisting in the clean-up that followed, McCormack developed a degenerative eye condition which eventually led to him being declared legally blind. He retired from the force, having reached the rank of inspector, in 2010 and has lived in Howth, Co Dublin, since 2011.

During his time in the United States, McCormack featured for the New York Gaelic football team before he retired from football in 2000 having donated a kidney to his sister Siobhan. Afterwards, his friend Karl Pierce recommended McCormack join the Irish Blind Golf Society and since then has enjoyed great success since. 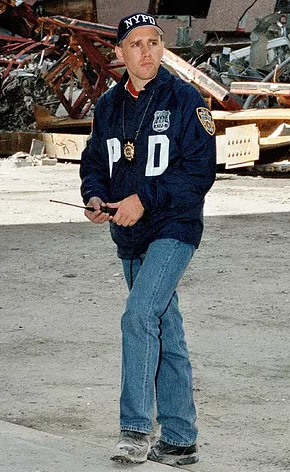