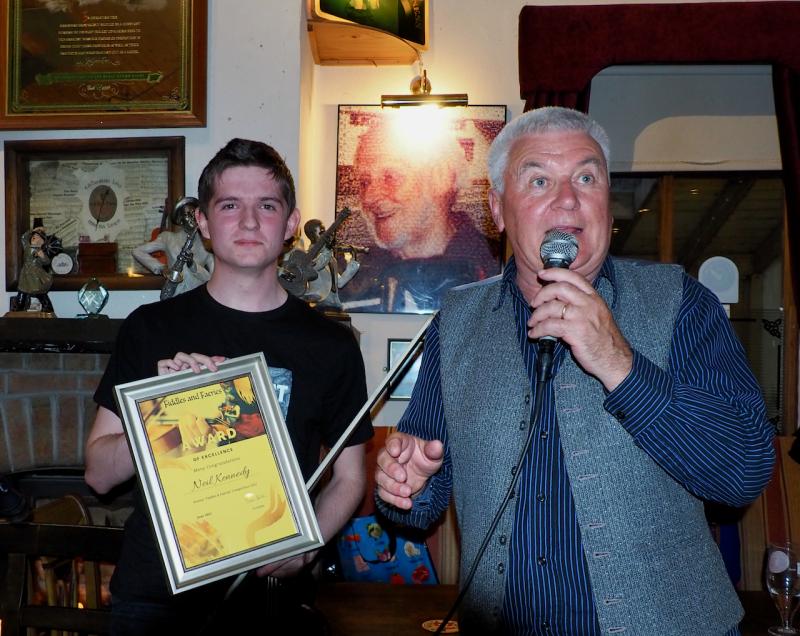 A Dungloe teenager has beaten a host of international musicians from countries such as Japan, Iceland, England, Scotland, the US, Canada, Wales to win the inaugural ‘Fiddles & Faeries’ fiddle-playing competition.

Neil Kennedy, a 16-year-old transition student at the Rosses Community School, said, “I’m absolutely delighted to receive this award, especially as there were so many excellent musicians from different countries who entered.

‘The Fiddles and Faeries’ competition is a great idea as it highlights not just fiddle-playing worldwide as a strong cultural tradition dating back centuries, but also Donegal’s own rich cultural history of which fiddle playing is a key element," he said.

Donegal musicians featured in "From the Bridge: a view of Irish Traditional Music in New York"

The announcement was made before an enthusiastic audience at a lively ‘Awards for Excellence’ event in Leo’s Tavern in Crolly.

The competition was organised by author and travel and entertainment writer, Sean Hillen who lives in Bun na Leaca in Gaoth Dobhair.