Donegal island is the oldest piece of land in Ireland 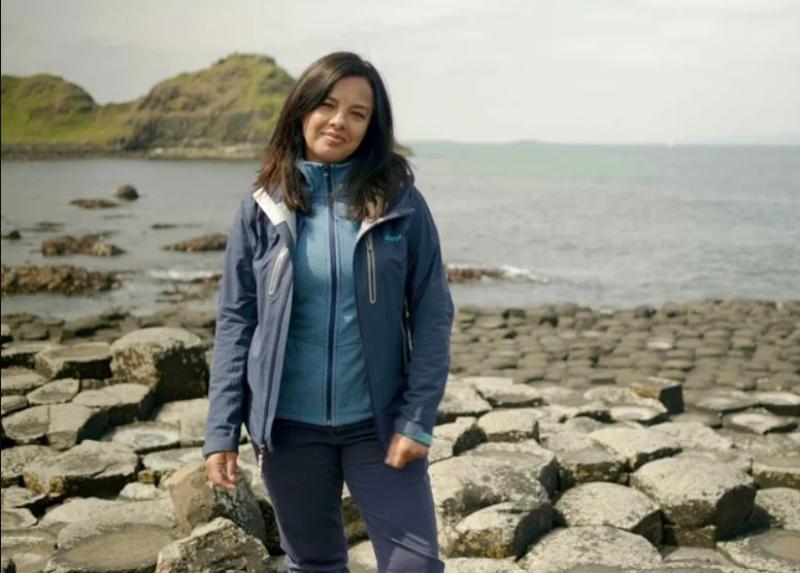 Donegal is the oldest part of Ireland - official! Well, the honour actually belongs to Inishtrahull, the most northerly island of Ireland. It has an area of 34 hectares and lies about ten kilometres north-east of Malin Head. It's also home to the oldest rock in Ireland.

It featured in a new RTE series called The Island last Sunday night where presenter Liz Bonnin said the rock on Inishtrahull was all that existed in what we now know as Ireland 1.8 billion years ago.

She said Ireland originated south of the equator and since then had been on a long and dramatic journey.

"Travelling northwards through colliding continents and disappearing oceans, it has been formed and reformed over 1.8 billion years. The evidence of this remarkable journey is woven into the fabric of our mountains, lakes, and deepest ocean beds, its imprint visible in the stunning ravages of the Ice Age in its plants, the animals, and its people."

She added Ireland's land mass had been folded, moulded, and moved to form a spectacular outcrop in the north Atlantic.

A central, extraordinary revelation in the programme was that Ireland was originally two entirely separate pieces of land that formed south of the equator.

Pointing to a map of the country Ms Bonnin said the island's story begins with the oldest rocks on the map, Inishtrahull.

"1.8 billion years ago this is all that existed of Ireland," she said.

Brian McConnell from the Geological Survey of Ireland confirmed to her that this island was in fact the oldest part of Ireland.

"These rocks are nearly 1.8 billion years old which is an unimaginable amount of time on the human timescale."

Asked how we knew this Mr McConnell said within the rock there was a little radioactive clock and a small mineral called zircon which has tiny amounts of uranium in it which decays radioactively into lead.

"We can measure the uranium and lead and work out how long that's taken to get to where it is today and that tells us when it started."

He added that Inishtrahull had metamorphic rocks which meant they had been changed by heat and pressure over time.

"We know how old they are, we are less sure what they looked like when they started."

Ms Bonnin asked if they knew where they were originally.

"It's easy for us to think of Ireland forming here and changing shape here but that couldn't be further from the truth.

Mr McConnell said 1.8 billion years ago the Inishtrahull rocks were somewhere in the middle of a supercontinent called Nuna.

The viewers were also told by Ms Bonnin that recent research indicated that this was the case but that Nuna eventually broke apart and the continents they knew today began to move around the globe.

"We know how and where they formed but there's so much these rocks have done travelling around the globe since then which they don't record themselves and we have to look to the other parts of Ireland which are now assembled with these to get the rest of that story," added Mr McConnell.

Here in Donegal, we know that Inistrahull (above) was once a thriving inshore fishing community. The island saw an almost 100% population increase between the years 1881 and 1901. However, a combination of factors in the early 1900s meant that the islanders would eventually be compelled to evacuate the island.

Inishtrahull is well known for its wildlife and is designated a Special Area of Conservation and a Special Protection Area by the National Parks and Wildlife Service. The island’s geographical location and lighthouse attract many unusual birds, as well as a population of Grey Seals.

There are landing restrictions enforced by the National Parks and Wildlife Service and the Commissioners of Irish Lights (present owners of the Island). Particular care is requested from visitors during the breeding bird period of May – July.

The island and its adjacent 90-metre depth tidal sound attract basking sharks and cetaceans in large numbers during the summer months. Many scuba divers use the Islands Port Mór as a lunch spot while out surveying the hundreds of wrecks off its shores. Access to the island is limited by the dangerous tides and currents around Malin Head and the island itself.

There are landing restrictions enforced by the National Parks and Wildlife Service and the Commissioners of Irish Lights (present owners of the Island). Particular care is again requested from visitors during the breeding bird period of May – July.

Throughout the RTE series, Ms Bonnin meets with a broad selection of passionate geologists who are experts in showing evidence of the immense collision of continents that fused the two sections of the island together before it travelled northwards to its current position.

Together they explore the awesome power of the ice age and how it sculpted our unique landscape and they track the ancient footprints which provide the world’s most reliable evidence for the evolution of life from water to land.