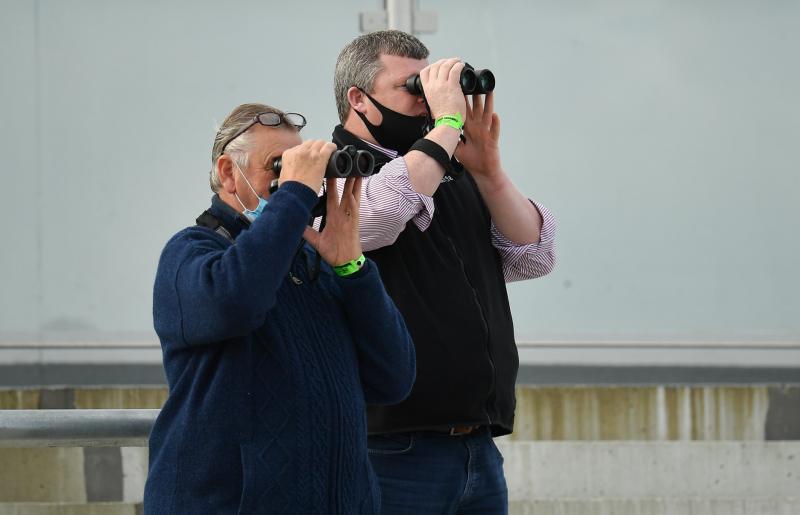 Many of the world’s elite trainers were born into racing and were surrounded by the reins and saddles from an early age. But what was the path into the game for eight-time Champion National Hunt trainer Noel Meade?

“We were farmers and we had ponies when I was younger. I did a bit of pony racing and it grew from there, from scratch, because nobody else in the family had anything to do with horses,” Noel said.

“I was racing mad as a kid but the Irish Grand National was the only race me and dad went to together. He would pack us all into the car and head down to Fairyhouse for that one meeting a year. We parked up by the fence at the top of the hill and took out our picnics.”

Noel’s interest was ignited by the Meade family’s annual trip to Fairyhouse and amongst all of his big wins over jumps the Grand National always held a nostalgic place in his heart. That’s why when his horse, The Bunny Boiler, approached the last jump in Fairyhouse in 2002 a childhood dream was about to become reality.

“I was watching the race with Dessie Hughes and my horse was a notoriously bad jumper. Ross Geraghty had him jumping very well the whole way around. Dessie said to me as he came to the last ‘I think you have it’ and honestly I don't know he survived that last jump. He nearly jumped onto his head at the last so credit to Ross Geraghty for staying on him and getting him to the line,” Noel described.

“Some kids growing up had scrapbooks of footballers but my scrapbooks were about racing. My favourite trainer at the time was Tom Dreaper and he won seven grand nationals in a row so for me to come along and win one like he did was very special for me.”

There were plenty of successes both before and after that Grand National win. But the origins of a National Hunt training legend began on the flat in humble beginnings over 50 years ago. They began with a horse so significant that Noel's stables still bear his name.

“Michael Condra and I bought a horse which turned out to be Tu Va. I was riding and training him and managed to win one on him myself. He wasn't a great horse but sure we managed to win a couple together. That was my first horse and then we got another one and it has all been built from him,” Noel said.

In a Maiden Hurdle in Wexford in 1971 Tu Va crossed the line first with Noel on his back. It would be Meade’s first and final win as a jockey but just the beginning of a glittering career out of the saddle.

“I’ll never pretend I was a good jockey, I wasn't great at it but like all kids growing up I wanted to be a champion jockey. But I realised early on that wasn't going to be my path and I was too tall to boot. When I realised that I said the next best thing was to be training them. I always did and still do get a great kick out of training winners,” Noel explained.

Noel with no previous training experience had his first winner at 20-years-old. He describes himself as a self- taught horse trainer, which meant Noel was playing multiple roles as both owner and trainer early on, even after he dropped out of jockey duty. It was never going to be an overnight success but it would actually be a family member that would assist in putting Noel Meade the trainer on the map.

“I got a good filly from my sister who was living in Kildare. The filly in question was Sweet Mint who finished ahead of the pack in The Diamond Jubilee Stakes, a Group 1 flat race, at Royal Ascot. The big win overseas came in 1978 just seven years after Noel had gotten his trainers licence.

Although he had a few National Hunt horses, the flat racing had gotten Noel his start in terms of big successes. But as the years wore on, international interest began to inflate flat racing horse prices. Noel made a business decision to steer his focus towards jump racing.

“I thought at the time with the Aga Khan moving over it was becoming harder and harder to compete at the top level. I made a conscious decision to switch back to the jumps because at that time I could buy horses at the sales for around €50,000 to €70,000 and that was the top of that sale,” Noel explained.

One of Noel’s first big National Hunt wins was in 1992 and involved no jumps at all in the Punchestown Champion Bumper. After bitter disappointment in Cheltenham, Tiananmen Square got it done on home soil ahead of Montelado, the horse who had beaten him to the post a month and half prior.

“Punchestown is our Cheltenham. We have Grade 1’s all over the place, for novices and older horses both over fences and hurdles so it's excellent. The decision was made to go in that direction and the festival has turned into what it is today so it was the correct one. When you look at the spread of racing it is better than the spread of racing in Cheltenham,” Noel said.

It isn't always about the wins, but sometimes it is. Noel still had a monkey on his back about Cheltenham and wanting his first win at the UK’s biggest racing festival. After the turn of the century Noel would get his wish and when Sausalito Bay won the Supreme Novices' Hurdle in Cheltenham it was even hard for Noel to believe.

“I had so many near misses before that, I always had awful luck at Cheltenham, it had become a death trap for me in a way. When Sausalito Bay won it was honestly nearly like more of a relief than anything,” Noel described.

“He led all the way and I was watching on the grass. When he passed the post I wasn't sure whether he had won or not. I asked the fella beside me what won it and even when he said it I still wasn't ready to believe it. I had to wait to see it written down.”

But as “winner alright, winner alright” rang out over the tannoy, Noel could breathe easily and enjoy his first Cheltenham festival victory.

In the wider world, a lot has changed between now and 1971. As you can imagine the racing world has changed alongside it and for a man who taught himself everything he knows Noel had to adapt as well.

“In the middle of my career I met an English guy. He was an athletics coach for the England athletics team and we had long discussions at different times. Those conversations gave me some ideas and we tried them out in practice and they worked. As a result, I brought in things like interval training to my practice.”

There are various ways people try to find their winning formula and Noel attributes his triumphs to a far more simple philosophy than anyone looking for overnight success would be hoping for.

Into his seventies and still producing winners, Noel scoffs at the idea of retirement.

“I still love it, I still get a fabulous buzz out of training winners. To be honest, I think people that retire end up fading away. So as long as I am able to keep going I’ll keep training.