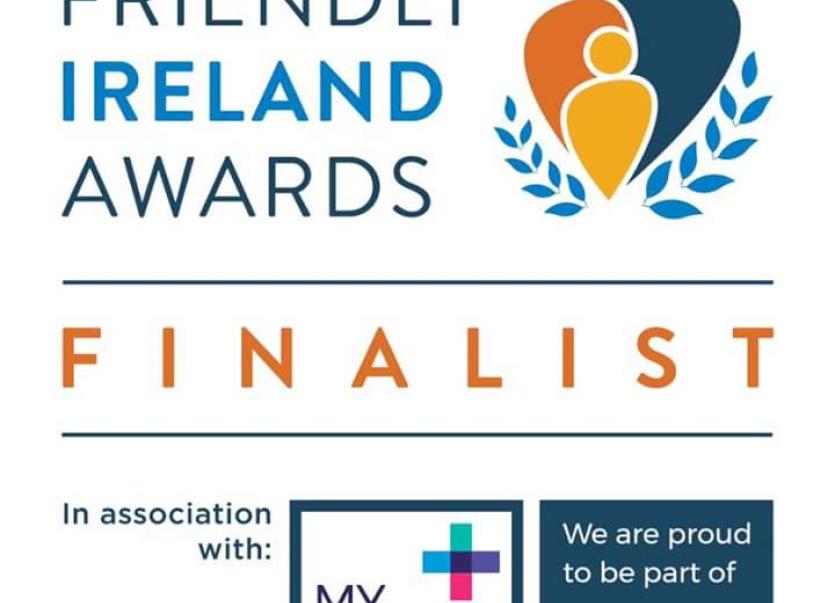 Hoist Away's bespoke Culdaff Cabin, which enables anyone relying on a hoist and other specialised equipment to enjoy a seaside holiday, has scooped a prestigious award.

The custom-built holiday home, the first of its kind in Ireland, which opened in May past, won the 'Shining Light Award' at the glitzy Family Friendly Ireland Awards.

She added: “Hoist Away is a not for profit company set up to allow people with physical disabilities to holiday with their families in Donegal.

“It sounds like a small thing, but the fact that these winners couldn't attend to collect their award because they couldn't find appropriate accommodation in the Midlands en route to Cork, shows just how vital what they do is.”

Speaking to Donegal Live, a clearly delighted Hoist Away volunteer, Úna McGinley said she was “completely taken aback” when she heard the Culdaff Cabin had been nominated for a Family Friendly Ireland Award.

Úna said: “Hoist Away was nominated by Marian Curran, her husband, Vincent and their daughter, Meabh Bradley, who stayed in the Cabin in June and enjoyed it so much they came back in October.

“I was blown away, completely taken aback, when I we were told Hoist Away had won the 'Shining Light Award', not least of all because there were more than 600 organisations nominated for the awards.

“I don't think that we fully realised the amazingly positive impact the Culdaff Cabin is having on peoples' lives. We are over the moon.”

“All categories were independently judged by an expert panel.”