'Home to Donegal' in time for Christmas 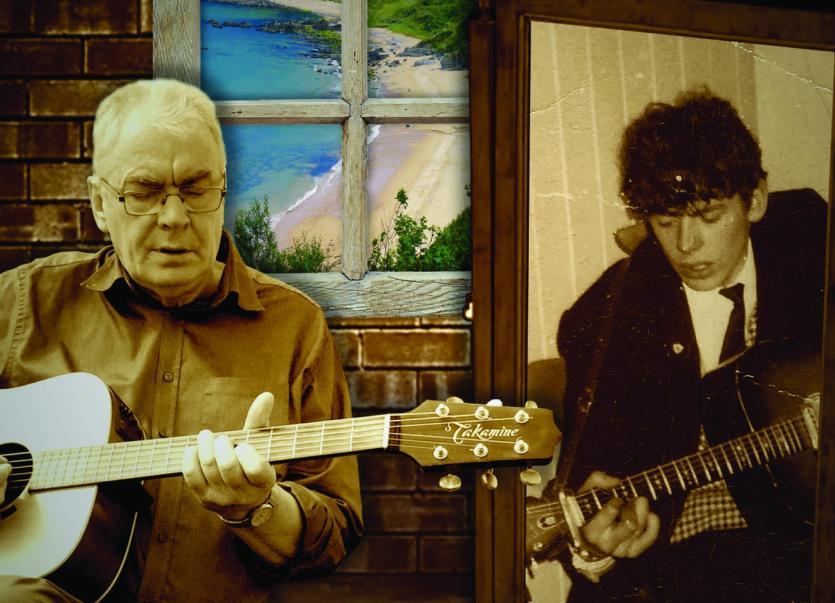 The music world has come to a halt as a result of Covid-19 but rather than “sit moaning” one Donegal musician decided to write a book.

Greencastle's Patsy Cavanagh, who is perhaps best known for his iconic song 'Home To Donegal', has launched his book of the same name in time for Christmas.

Speaking to Donegal Live, Patsy said he was also planning a CD to accompany the book.

Patsy said: “I got the idea for writing the book when I was going back through some songs one evening. I was remembering where I was when I wrote each of them.

“The inspiration for the songs came from everyday experiences and from all the people that I have met in a lifetime of playing lounges and hotels. I think these are much more intimate settings than dances or concerts, as you are in contact with the audience all during the evening, rather than meeting them at the end of the show and are more liable to gets bits of their life story.

“I have always managed to keep myself busy between The Cairn theatre, my music and my school projects and now that all this is halted I decided that this was the time to tell the stories.

“It's funny what memories come back when you start going through the stories. I hope the readers will experience the same. Once I got into writing the book, the stories came back and I wandered with them. There wouldn't have been much encouragement for writing in the early days especially working as a solo act. People would have said, 'Sing something we know. Don't be singing them old sad songs,'” said Patsy.

It was only when Patsy's songs started to get covered by other artists he said he got the confidence to sing them publicly.

Patsy added: “Now, thankfully, I can do a two hour show of my own work and the audience would be familiar with the bulk of the songs.

“In 'Home To Donegal', I have combined lots of stories of life in Ireland plus a nice selection of scenic photos by some of our local photographers. The words of the songs are also there as well as comments by some of our leading artists who have recorded them.

“I was listening to a version of 'Cant hold the years back' recently and I did a wee search for other covers and I think I have up to 14 covers of it. 'The Old Schoolyard' and several of the other songs have been covered multiple times over the years as well.

“I am always intrigued by the information as to where the song was used. Some of them might be only pennies in royalties but they are all over the place. I think it's the message in the songs that people identify with. 'I wish You Well', for example, is a very straightforward three chord song and it has received offers of covers and great attention far and near,” said Patsy.

Patsy's song, 'No-one Told the Robin' was written about our present situation.

Patsy explained: “The birds are still singing and we are in a limbo. Everybody can identify with that.

“'Home to Donegal' has dwarfed all of my other songs and is the song that I am hopefully known for. There are so many recordings of it. It has travelled the world. Just last week I received a version by a Dutch choir. There was a great discussion going on in Facebook as to the language. It was a language called Fries from northern Holland so its a long journey from my old jotter.

“I recently saw a priest had a verse included in the prayers for the feast of All Souls: 'Tomorrow we'll take a walk down to St Mary's to a sheltered spot'. In these troubled times it's a nice encouragement for my writing.

“I think anyone who enjoys what I do will enjoy the book. It is written very much in a conversational style. It is nice to see that the songs have enjoyed a good long life and are still getting new covers. I think music is very important to people of all ages. I think that most people need to hear a song a few times before they make up their mind. Some people are very dismissive of other people's choice in music but each to their own taste, said Patsy.

The 'Home To Donegal' book will be on offer within the next couple of weeks and already there is a healthy list of orders. Patsy intends to present the book and a CD of a selection of his songs as a Christmas package.

He said: “I think it will make a nice Christmas present for anyone who enjoys my music. I am very grateful to all who support my musical projects over the years and hopefully it will not be too long until we meet again.”

Enquiries regarding 'Home to Donegal' can be made to Patsy Cavanagh: Telephone: 0749381104 or email: patsycavanagh2@gmail.com.