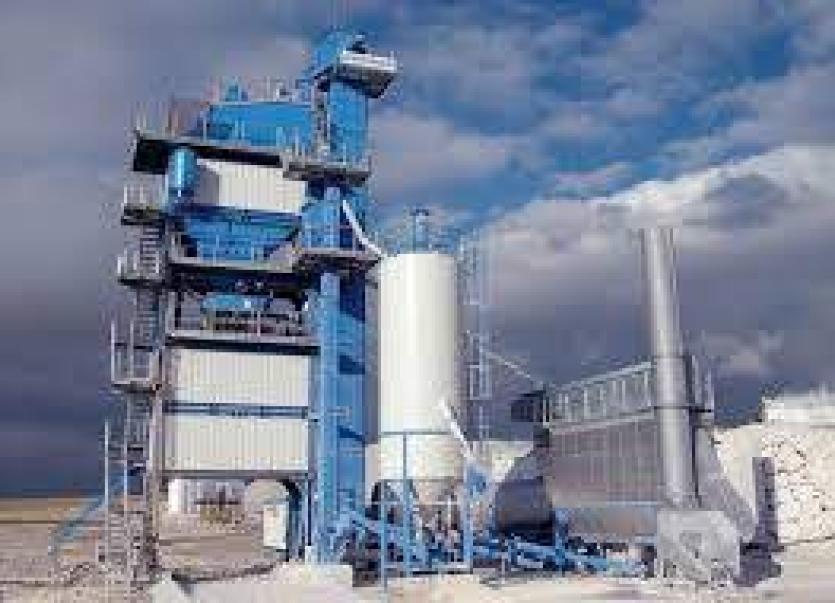 The decision-making process regarding the controversial asphalt plant at Barr's Pit in Burnfoot has been delayed following the submission of additional information to Donegal County Council by architects acting for Moyle Plant Limited, the company seeking to build the plant.

The Council had been scheduled to make a decision on the planning application last Thursday (April 1).

It has since emerged, however, no decision was taken because the Council received revised plans and further environmental information, specifically a new Natura Impact Statement (NIS), relating to the proposed asphalt plant, on March 5, from Michael Friel Architects.

Those objectors will subsequently receive letters from Donegal County Council, dated April 1, 2021, notifying them that “further information has been submitted to the Planning Authority on March 5, 2021”.

The Council correspondence stated: “This further information is available for inspection at www.donegalcoco.ie and can be purchased for a fee not exceeding the cost of making a copy.

“In accordance with Article 35 (1) of the Planning & Development Regulations, 2001 (as amended) the Planning Authority has required the applicant to publish a notice in an approved newspaper and to erect a notice on site.

“A submission or observation may now be made regarding the further information but must be received by the Planning Authority not later than 2 weeks from the date of receipt by the Authority of said notices.

“The applicant has been given the period of four weeks from April 1, 2021 to have the relevant notices published / erected.”
The Inish Times has been contacted by a member of the Burnfoot community concerned about the potentially negative health impacts of the proposed asphalt plant.

Clearly frustrated by what he described as the “lack of transparency in the planning process” he said objectors were being put at a “clear disadvantage”.

He said: “Moyle Plant Limited has been given four weeks from April 1, 2021 to publish and erect the relevant notices about its new NIS.

“However, objectors have to wait until Moyle Plant Limited or Michael Friel Architects send these notices to Donegal County Council and that information is published on the planning website, before we can object.

“We have been told objections can be lodged two weeks from the date of receipt by the Authority of said notices. My question is, 'Will those notices be published in a timely fashion, that is, the same day, to enable everyone who wants to object, ample time to do so?'”

Donegal County Council has advised the original objectors that no fee shall be payable if a submission or observation is accompanied by a copy of the acknowledgement from the Planning Authority of the original submission/observation.

It added: “Failure to furnish a copy of either the signed acknowledgement or the appropriate fee will result in your submission/observation being deemed invalid and returned to you.”

The new Natura Impact Statement (NIS) submitted by Moyle Plant Limited followed lengthy correspondence between The Department of Culture, Heritage and the Gaeltacht and Donegal County Council, on September 25, 2020, in which the former outlined its observations / recommendations.

A Natura Impact Statement is the statement prepared following appropriate assessment of Natura 2000 sites, as required under the Habitats Directive, which presents information on the assessment and the process of collating data on a project and its potential significant impact on Natura 2000 sites.

The Department said: “The Department refers to the NIS prepared by Greentrack Environmental Consultants on behalf of the applicant Moyle Plant Limited.

“There are concerns that the Natura Impact Statement contains insufficient evidence of appropriate detail to underpin the conclusion of no likely significant effects.

“More specifically, the Department is concerned that the direct hydrological link between the development site (Drumhaggart stream) and the Burnfoot and Skeoge Rivers that flow into the coastal lagoon at Inch levels is insufficiently mitigated.

“Coastal lagoon habitat at Inch levels is a Qualifying Interest for the Lough Swilly Special Area of Conservation (SAC).

“The lagoon is also a key site that supports many of the Special Conservation Interests (SCI) for Lough Swilly SPA (site code 004075).

“Greater details on the timing of the erection of the silt fence, settlement pond, attenuation tank and maintenance of same is required to reach the necessary level of certainty for undertaking an Appropriate Assessment of the proposed development.”

On March 16, 2021, Donegal County Council issued the Development Applications Unit of the Department of Arts, Heritage and the Gaeltacht with “a copy of revised plans and further environmental information (Natura Impact Statement) submitted on March 5, 2021.”

On Thursday past (April 1, 2021), Donegal County Council informed the Development Applications Unit of the Department of Arts, Heritage and the Gaeltacht: “An observation / submission on the same may be made in writing to the Planning Authority and must be received not later than five weeks after receipt of the Newspaper / site notices have been received by the authority.

“The applicant has been given the period of four weeks from April 1, 2021 to have the relevant notices published / erected.”
Speaking to the Inish Times, one concerned member of the local community opposed to the proposed Asphalt Plant said he was worried about the potentially harmful effects of chemicals emitted from the asphalt plant.

He added: “Asphalt Plants have a huge negative impact both from an environmental and public health perspective.
“They release Polycyclic Aromatic Hydrocarbons (PAHs), which are harmful chemicals, into the air during production. These include arsenic, benzene, formaldehyde, and cadmium.”