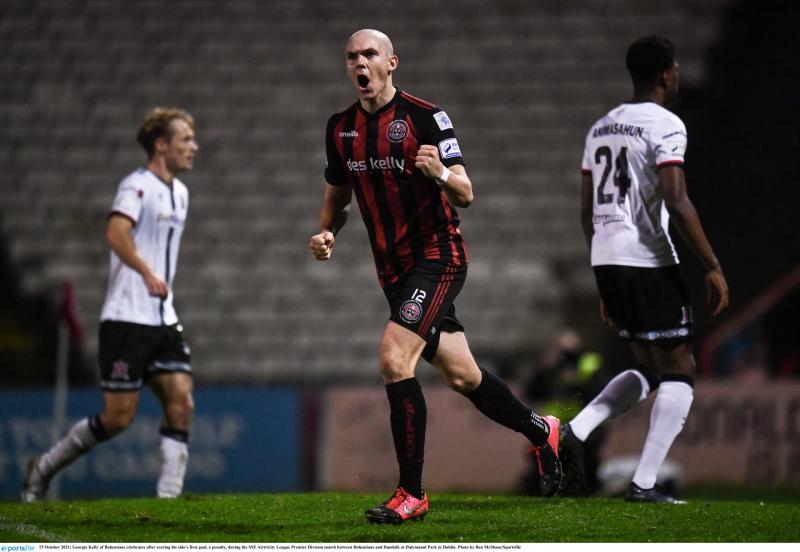 Georgie Kelly won’t be rushing onto a decision about his future.

Kelly’s goalscoring exploits for Bohemians mean there’ll be no shortage of suitors at the end of the season - but the Tooban man won’t be rushing into a decision.

Kelly, who turns 25 next month, has hit 19 League goals for Bohs so far in 2021, the most recent Friday night’s late penalty to secure a 1-1 draw against Dundalk.

Studying for a Masters in Renewable Energy and Finance, which he expects to complete in early 2022, Kelly also has hit eye on his off-field career.

“My situation is a bit different and I'm not as keen as your average lad to go across,” he said of a potential move to England or Scotland.

"I'd be lying if I said I wasn't, and it's the same for every player in this league.

“There are conditions there as well. It would have to be a really good deal.

"For me it's not an issue at the minute. Once I finish the season out, I'm in no rush to sort anything or to plan my next year.

"I can just keep my head down, focus on what we have to do now for the next couple of months and then I'll make a decision when the time comes.” 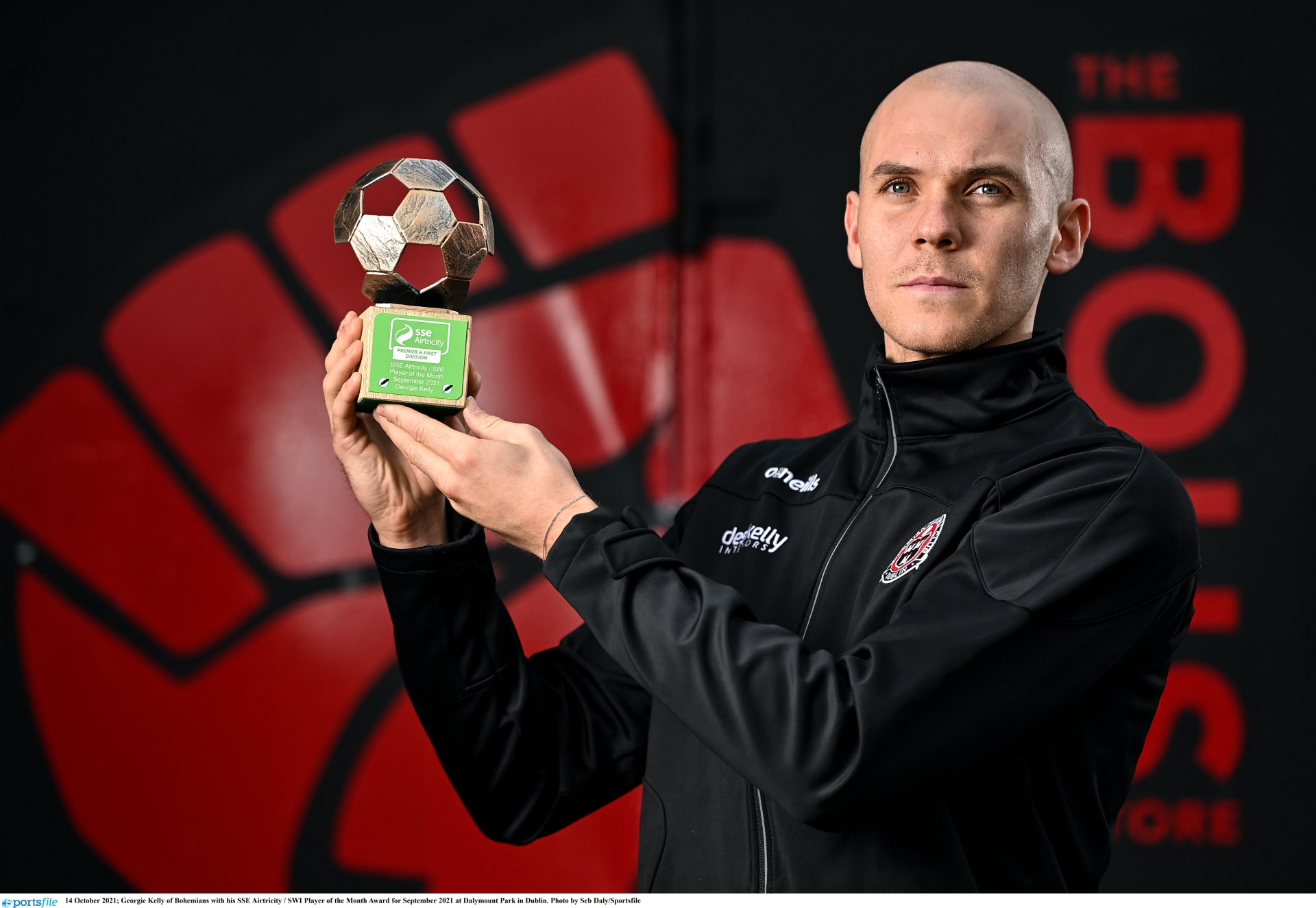 Last week, Kelly was named SSE Airtricity/Soccer Writers Ireland Player of the Month for the second time this season.

Four goals in September - including a wonderful late equaliser against Derry City at Dalymount Park - earned Kelly the gong ahead of Finn Harps striker Sean Boyd.

Kelly said: “The goal against Derry is definitely one of my best. I probably won’t score many more of them.

“I should have headed it to be honest, but for some reason I took it down and hit it over the shoulder. It was a nice finish and a great game, so that was a good advert for the league.”

Kelly also has four Europa League goals on his Bohs tally this season.

His leveller against Dundalk on Friday keeps the Gypsies’ chances of European qualification alive again.

While he admits that Glen Crowe’s record of 25 League goals in a season for Bohemians might be a little out of reach, Kelly has Jason Byrne’s 22-goal-a-season target from 2009 in his sights.

Kelly played alongside Byrne while the pair were at UCD.

The Bohs striker said: "Out of all the players I played with, he was nearly the most welcoming in terms of trying to help.

"I was only a young fella at the time, we were similar players, big centre forwards.

"He gave me loads of little tips - one I remember was him telling me how to drag a centre half and to get a nice yard, to pull at his elbow. I remember small things like that he was great to me.”