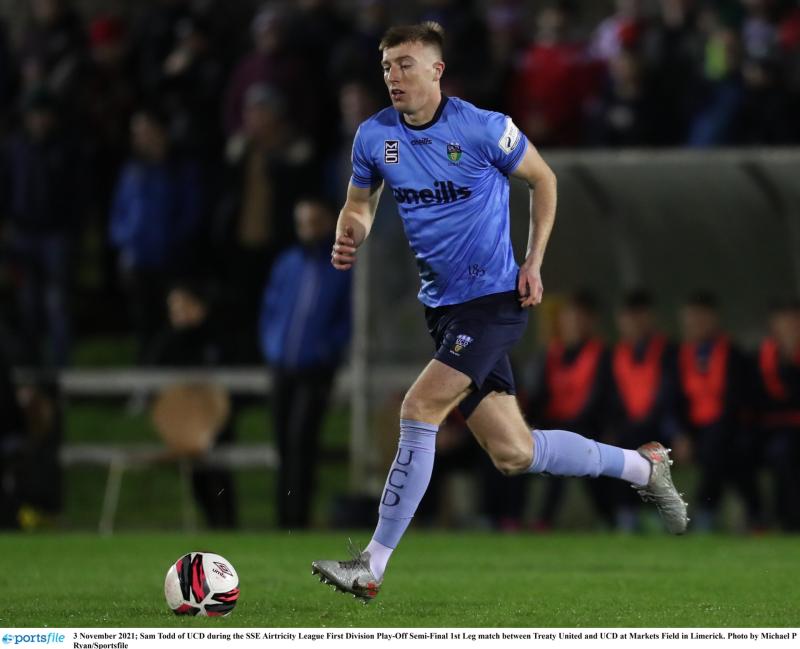 Centre-back Todd and coach O’Connor are now with UCD, who booked a place in the First Division play-off final at the weekend.

A Colm Whelan brace after an opener from Paul Doyle had given UCD a 3-0 first leg win.

When Verdon netted for the Students after they fell two behind, they were on their way to a First Division play-off final meeting with Bray Wanderers.

The victor there will go on to face the second-from-bottom team in the Premier Division to see who plays top flight football in 2022. That could yet be Finn Harps, who are battling to avoid a play-off.

Former Harps coach O’Connor was named as Andy Myler’s assistant manager in May having been Shelbourne’s Under-19 boss, while Todd joined UCD on a scholarship last December.

Michael Gallagher from Letterkenny, another former Harps player, came on in the 57th minute of the second leg while Donegal Town native Jack Keaney, who joined from Sligo Rovers, is a key player in UCD’s midfield.