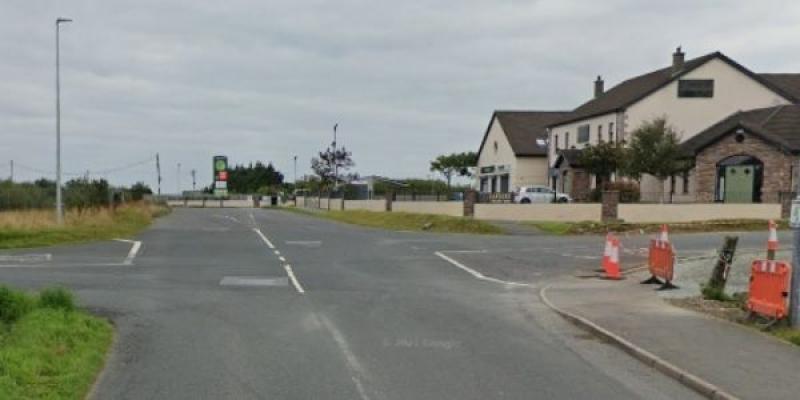 There have been renewed calls for safety measures to be implemented at a notorious Letterkenny junction.

Serious injury was avoided in a multi-vehicle road traffic accident on Friday night at the Killyclug-Killylastin crossroads.

Gardaí, ambulance and fire service responded to the crash, which occurred at around 9pm and involved three cars.

The drivers in two of the cars were taken for treatment to Letterkenny University Hospital for treatment of non life-threatening injuries.

The junction has become an accident blackspot in recent years.

Letterkenny-based Sinn Féin Councillor Gerry Mc Monagle is asking that the Donegal Road Safety team carry out an audit and inspection of the junction.

“They need to investigate what steps can be taken to make the junction safer,” Councillor McMonagle told Donegal Live.

“Thankfully no one was seriously hurt after this latest incident at this junction. The best possible solution would probably be roundabout and with further housing planned for the area it would be imperative that all road safety precautions and measures are implemented to make the junction safer for all road users.”

Diversions were put in place for a short time while the scene was dealt with.

Two years ago, he noted that ‘engineers don’t seem to see a problem at it, but the emergency services do’.

Last year, the green light was given for a new social housing development in the area. That development is to consist of six two-bedroom apartments, three two-bedroom houses and two three-bed houses.

Councillor Kavanagh told Donegal Live: “We need to revisit safety at the junction, proper signage and a safer layout is essential. The issue has been highlighted by residents in the area for a long time, including members of the ambulance service.

“We need now to apply for funding to implement safety measures and deal with the concerns raised.

“I would also emphasise the need for motorists to be responsible and to keep within speed limits and exercise extra caution in what is essentially a residential area with a lot of children and business activity  and is constantly busy.”

Gardaí have confirmed that no arrests were made in relation to Friday night’s accident.