'No bombs over our heads now': Ukrainians finding stability in Donegal

One Ukrainian woman, now based at McGettigan's Hotel in Letterkenny, knew she had to flee her war-torn country when her daughter asked: 'Mom, are we going to be killed?' 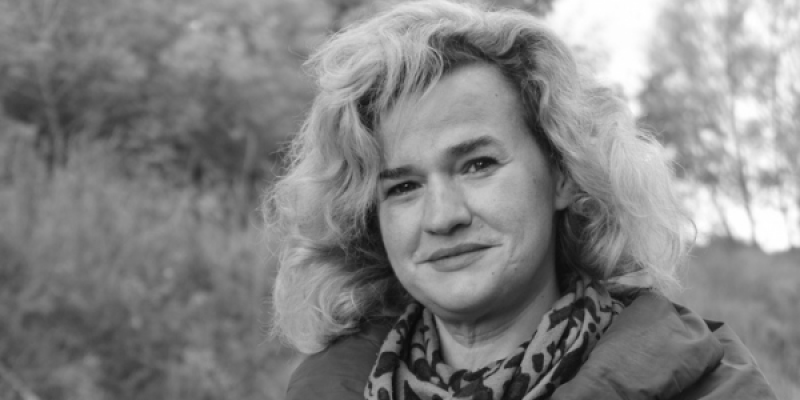 The words sound chilling even now, 2,000 miles away and a month later.

Oksana Ivanova knew she had to get out.

The air raid sirens in Kyiv rang out in the village of Bilohorodka, 17 miles away.

With her eight-year-old daughter Anastasiia, she sought temporary refuge in the basement of their home.

Anastasiia looked at Oksana and trembled: ‘Mom, are we going to be killed?’

“I was frightened for her life,” Oksana says now, across a table at McGettigan’s Hotel in Letterkenny.

Until a fortnight ago, she had never heard of Letterkenny. Now, along with 204 others who have fled from war-torn Ukraine, McGettigan’s is where they call home.

“My daughter is my swansong. I must think about her life. I think that I, and other mother’s, think about saving our children.

“It was impossible because I had to take Anastasiia to the basement.

“The Kyiv region is now clear from Russia troops, but all the time the air alarm and the explosions are sounding. The air alarm signal was in Kyiv and it was very, very uncomfortable. We could hear it all the way at home.

The emotion is profound. Oksana speaks sometimes through the tears as she talks of the atrocity that has been inflicted upon Ukraine since the Russian invasion began on February 24.

She is one of an estimated 11million people who have been displaced from Ukraine. 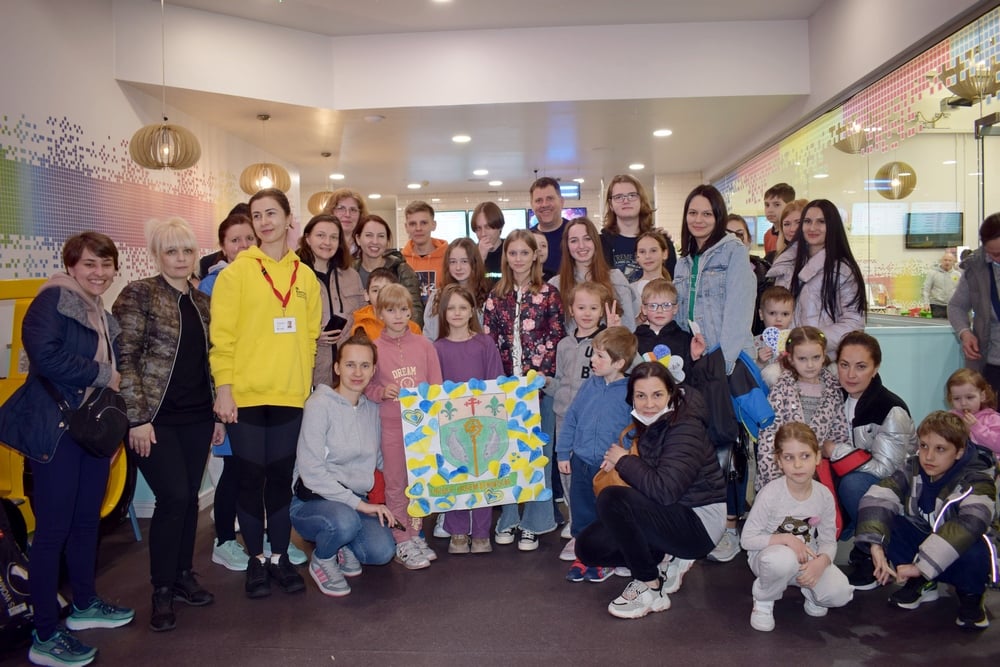 The killing of unarmed civilians in Bucha has been among the worst incidents since the war began. Images of dozens of bodies strewn on the streets of Bucha have been seen around the world. Ukrainian estimates say that more than 300 people were killed and tortured in Bucha, promoting global outrage.

The strength of this man, his officials, and all survivors, who are still standing, after what they’ve witnessed and endured. Truly Unimaginable courage.pic.twitter.com/9rWLzRkOcZ

“Bucha is not very far from our village,” Oksana, a communication professional with the Bucha District State Administration, says.

“We are shocked and we are angry. Russia, they came in to destroy our lives.

“I watch the news and look at the internet all of the time. We must know what is happening now. I check the news all day. I communication with my chief from Ukraine.”

Oksana left Ukraine on March 7. With every crack of gunfire or explosions ringing out from nearby cities, Anastasiia would says: ‘Russian warship, f*** you’.

She brought with her Anastasiia, a rucksack carrying clothes for her daughter and a back page containing a laptop and a camera.

She knew nothing of where she was destined.

After getting a train to Lviv, they crossed the border into Poland, where they spent two weeks in a hostel.

“It was very hard in Poland. There are very, very many Ukrainians in Poland.”

They were in the Kraków hostel when the possibility of Ireland was floated.

Soon, they were on a plane.

“We came here together. Our friends from Ukraine just proposed for us to go to Ireland. I don’t know why, but we decided to do this.

“We flew from Kraków to Dublin, we met with some people in the airport at Dublin and we receive this address. When we left Kraków, we did not know that we were coming to Letterkenny.”

After Easter, Anastasiia and the other Ukrainian children now residing in McGettigan’s will start school in Letterkenny.

Letterkenny, which she describes as being a ‘lovely and cosy town’ has been good to them and good for them.

A welcoming football festival was held at Letterkenny Community Centre, hosted by Glen Rovers, while a family fun day took place at Arena 7. At the weekend, a ‘Unite for Ukraine’ event was held at the Courtyard Shopping Centre.

All the while, though, home is where the heart is.

Oksana keeps in touch with her mother and brother every day. The news is on a constant loop.

“The news is very hard sometimes, especially from the occupied territories.

“We love our motherland. We are proud of Ukraine.

“I hope that Ukraine will win. It will be our victory. I want to go home again.

“I want to build my Ukraine. I hope to be back as soon as possible - after the victory.

“We will rebuild the country again, of course. We must do. For us and for our children. For all of the world.”

For now, Letterkenny provides some home comfort - and a glimmer of hope.

“We are in safety now. We feel a little stability again.

“We know that there are no bombs over our heads now.”