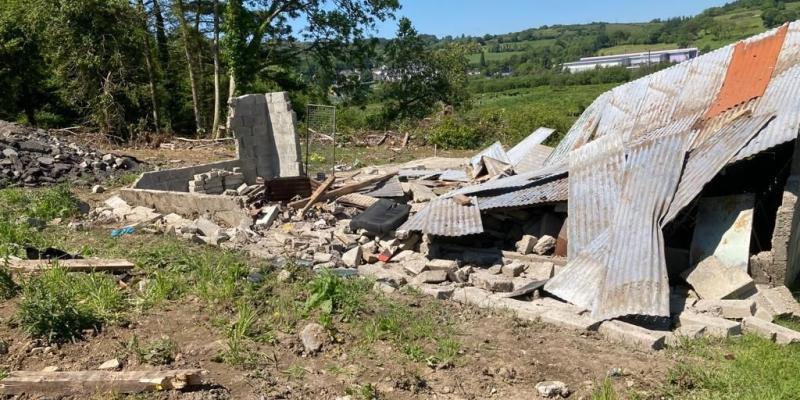 A Letterkenny family is unable to sleep at night because vehicles are repeatedly leaving the road and crashing into the grounds of their home, a council meeting has been told.
Donegal County Council has been urged to take urgent safety measures in the vicinity of the home which sits on a sharp bend in the Crievesmith area.
Local councillor Jimmy Kavanagh says the family have been plagued with such incidents of which there have been 15 in the last 22 years.
In the most recent incident, which happened on the June bank holiday weekend, a concrete shed “was completely demolished” when it was struck by a car that had left the road.

Cllr Kavanagh raised the issue at the June meeting of the Letterkenny-Milford Municipal District.
He said the family were now more worried as the shed had provided them with some protection.
A car belonging to the family was damaged in the latest incident, he said.
“It is a really serious problem and they are at a stage that they can’t sleep at night because of the problem,” he said.
He said he does not know of another family who would put up with such a situation for so long.
The family are more than willing to negotiate around giving a piece of land that can be used to help deal with the problem on the road, he said.
David McIlwaine, area manager for roads and transportation, said the council is aware of the issue and is trying to develop a solution to resolve it.
Cllr Michael McBride told the meeting that a pole has been “left out in the middle of the road,” following work on a new footpath in the area.
“That is another accident waiting to happen,” he said.
He was told the ESB is going through procedures to get the pole relocated to the other side of the road.