‘The Coast Guard is out on the roads with boats’ 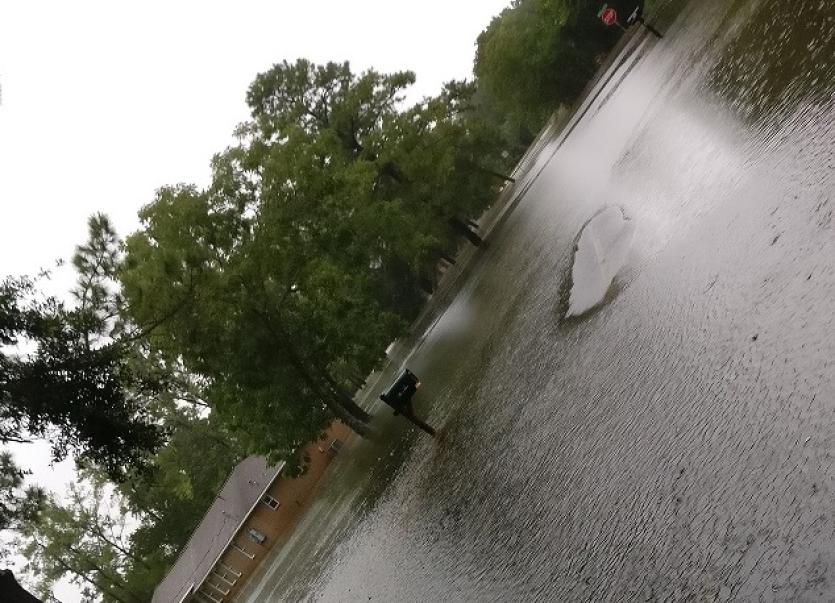 In a week when local attention was focused on the terrible scenes of flooding in Inishowen, a Letterkenny woman was following the news from the States, where she and her boyfriend found themselves caught in the greater Houston area during Hurricane Harvey and the flooding that followed.

When Marcie Curran saw rescue helicopters pass overhead in the greater Houston area, she knew where they were going.

In some cases, she said, “people are getting flooded and moving to the attic, but the attic would flood and they’ve had to hack through the roof and sit on the roof,” Marcie, 21, of Letterkenny, said. She saw five or six helicopters pass earlier this week.

At least 31 people have been confirmed dead in the catastrophic floods that consumed large parts of Houston since Hurricane Harvey made landfall at Corpus Christi, Texas, on the evening of Friday, August 24th. But it was not the hurricane that has caused such devastation in the fourth-largest city in the United States - it was the torrential rains that followed.

“The event is unprecedented & all impacts are unknown & beyond anything experienced,” the US National Weather Service tweeted on Sunday morning. By the time it’s all over, some parts may see more than 50 inches of rain, forecasters have predicted.

Marcie was at the Friendswood, Texas, family home of her boyfriend, George Davies, about 40 minutes from downtown Houston. The two met at the University of St. Andrews in Scotland, where they are both students.

By Monday, Friendswood had been hit by 35 inches of rain, with two inches per hour falling on Monday alone.

They still had electrical power at the house early this week but the phone lines were down, so Marcie spoke to the Democrat via Skype on Monday.

Marcie had travelled to the States to see George, and the couple planned to see a rare natural phenomenon: She and George had arranged to travel with George’s parents to watch the solar eclipse in Kansas City, Kansas.

“That was a really good start to the holiday,” Marcie said. “We saw the eclipse and it was amazing.”

Then they returned to Texas. After hearing the alert that went out about the severity of the storm that was on its way, they went to the store on Friday to stock up on bottled water, paper plates, dried meat and other provisions, in case the power went out. Then they waited.

Marcie said the ferocity of the rain at its worst reminded her of the monsoon weather she experienced last year, when she was doing volunteer service in Himachal Pradesh, in northern India.

At different points during the rains, they could hear water lapping at the front door of the house. “It kind of comes in waves,” Marcie said. 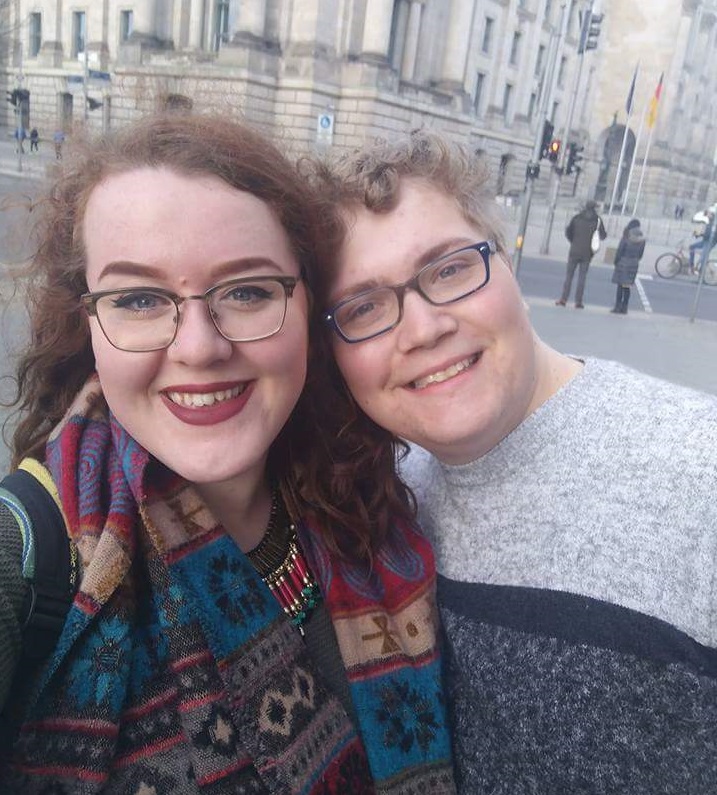 Marcie Curran and George Davies, during an earlier trip to Berlin.

Most rivers and creeks have overflowed their banks, including one near the Davies family’s one-story house, called Mary’s Creek, something local people said only happens every 500 years.

“We’re kind of boxed in, which is slightly scary,” Marcie admitted. George’s parents, Antha and Frank, and his family have been great, she said.

There were also tornado warnings for Friendswood that lasted an hour over last weekend, something Marcie said she found terrifying. The tornados did not land there, but she spent a tense hour waiting for the warning to be lifted.

During a break in the weather on Sunday, they went outdoors to see what the area looked like. The waters on their street had receded, as had those on another street perpendicular to theirs. But they did not have to walk far before they found themselves wading in water about a foot deep, and seeing roads where boats were coming to people’s aid.

“The Coast Guard is out on the roads with their boats, picking people up,” she said, adding that members of the public are also bringing out their own boats to help people in distress.

When they were out of the house earlier this week, they walked to a nearby petrol station and shop, the only business open in the area. It was packed with people.

“Everyone had the same idea,” she said. “I think everyone is going a bit stir crazy now.”

Marcie and George are to fly back to Edinburgh on Monday and hope the airports will be back in operation by then. The rain was expected to continue through Wednesday and leave Texas on Thursday.

“It’s really only going to get worse if the rain continues, because you don’t get a break for it to drain,” she said. “It needs a chance to abate a bit.”

Earlier this month, Marcie’s family’s thoughts were with her brother, Ash Curran, who lives in Barcelona, when the deadly terror attack took place at Las Ramblas in the city. Her parents, Eve and Rob, live in Letterkenny. However, Ash was at home in Barcelona at the time and not near the chaotic scenes at the pedestrian boulevard.

The rain continued to fall on Monday, with flash-flood warnings issued in Friendswood that morning.

Marcie had also been following the stories of the devastating flooding that took place in Inishowen last week, and the way that emergency services and local people responded.

“I think during times that are stressful, or situations like this, the community really comes together and it’s great to have that support from everyone,” she said. “People in Donegal are close-knit when it comes to family or their locality - you really see it, people coming out to help each other, checking on neighbours to see if they're okay.

“It’s great to see - the community really comes together to support people,” she said.

This story appeared in the Thursday, August 31st edition of the Donegal Democrat.