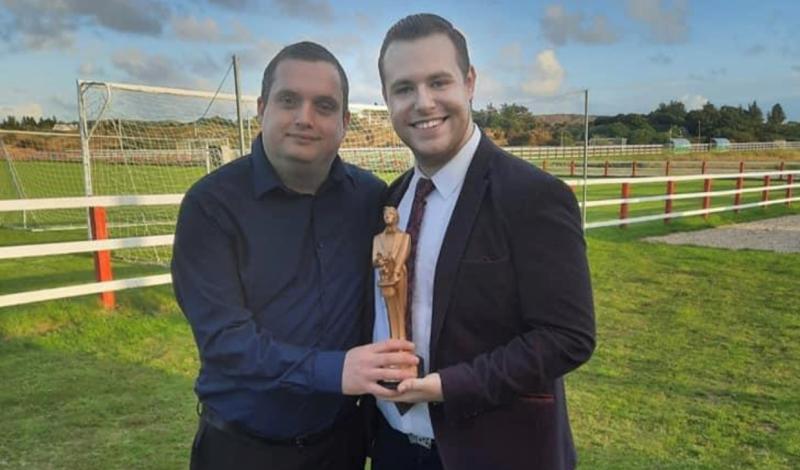 A Burtonport man who received the Merlin award form the International Magician Society in Scotland (IMS) arrived home to a very special reception on Sunday night.

The Merlin awards are described as the oscars of the magic world. Among the previous winners of the magnificent award are David Blaine, Paul Daniels and David Copperfield.

On Sunday evening, public representatives and locals gathered to celebrate and congratulate Dylan Murray on his huge success.

A special cavalcade left the LIDL car park in Dungloe and toured Dungloe town before going to Meenmore, Burtonport and arriving at the Keadue football field where speeches took place accompanied by a garda escort.

The MC for the occasion was the gifted Tony McGettigan and among the speakers were local councillor Noreen McGarvey, Pat the Cope Gallagher, former TD and MEP, while Josie Murray spoke on behalf of the family.

The speakers congratulated Dylan on his historic achievement and spoke of how honoured and proud the community are of him.

Dylan spoke very eloquently at the conclusion of the event and thanked all those who had contributed to the event.