'Demolition or nothing' – Cllr Frank McBrearty 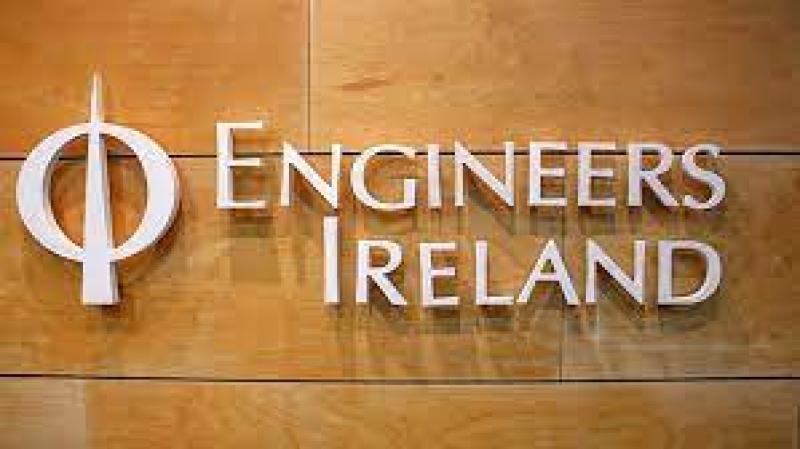 A Donegal County Councillor has called for the Mica Redress Scheme to be halted immediately.

Cllr Frank McBrearty (Independent) made the call following Wednesday's publication of the Engineers Ireland Submission to the Working Group on the Defective Blocks Grant Scheme.

Cllr McBrearty said remedial works also needed to be excluded from the Scheme.

Michael Doherty, PRO of the Mica Action Group described the contents of the Engineers Ireland Submission as deeply concerning.

Engineers Ireland, which has a membership of 25,000, is the representative body of the engineering profession in Ireland.

It was not represented at the meetings of the Defective Blocks Grant Scheme Working Group, established by Housing Minister Darragh O'Brien following the Mica Redress rally in Dublin on June 15. However, a representative of the organisation met with a sub-group of the Working Group, comprising mostly of homeowners, in late August.

The Engineers Ireland Submission provided what it described as high-level observations, during the first year of the [Mica Redress] Scheme, by Engineer Ireland members (registrants) on the IS 465 register.

IS 465 includes the standardised protocol for determining whether a building has been damaged by concrete blocks containing excessive amounts of deleterious materials, such as mica.

The Engineers Ireland Submission said the primary issue with the current Scheme was the liability risks inherent with reference to remediation options where blockwork was retained.

The Submission said: “This is exacerbated by the fact that laboratory reports indicate a further deleterious material, namely pyrrhotite, has been determined to be present in concrete blocks in Donegal, the significance of which is unknown.

“Engineers are being asked to make recommendations on remedial works where by the mechanism for degradation of concrete requires further research. Furthermore, the Scheme emphasises the engineer should make a recommended remedial option that demonstrates the 'minimum feasible option' forcing a remedial option that would include retention of blockwork where the technical evidence does not support that option.

“Long-term structural performance of the retained blockwork is uncertain and requires further research. This leaves potential future liability risks for the registrant, which is exacerbated by the fact the Scheme is limited to one applicant, one home, one grant.

“Homeowners understandably want certainty in the recommended remedial option. However, in these cases, given that the mechanism for concrete block degradation is not fully understood and with wording in the standard including caveats, uncertainty has become commonplace among homeowners,” said the Engineers Ireland Submission.

Click this link to read the full Engineers Ireland Submission to the Working Group on the Defective Blocks Grant Scheme.

Speaking to Donegal Live, Cllr McBrearty said: “Having read the Engineers Ireland Submission, I believe the Mica Redress Scheme needs to be halted immediately and remedial works also need to be excluded from the Scheme. It has to be demolition or nothing.

“Anyone going into the Mica Redress Scheme now, anyone who is recommended a remedial option, is only fixing part of the problem in their home because down the road their home is going to suffer degradation.

“The only way to eradicate this is complete demolition, which is what chartered engineers, including Dr Ambrose McCloskey and Martin Doherty have been saying since day one,” said Cllr McBrearty.

Cllr McBrearty said, in his opinion, there had been a “cover up” by the people who designed IS 465.

He added: “The Engineers Ireland Submission to the Working Group on the Defective Blocks Grant Scheme has lanced that boil. The Government now has a serious problem. This last number of days, it has been spinning like mad. It is like the days and weeks before the national budget when the Government puts out feelers to see what the reaction is to certain proposals.

“The bottom line is this, the Government needs to stop messing about with people's lives. It needs to give 100% compensation to everyone with a property or a home which contain these irregular minerals. The Government also needs to hold a public inquiry. This scandal needs to stop. Local Authorities and different bodies all around Ireland have a huge responsibility for the lack of policing of the quarries that have caused this problem.

“The Engineers Ireland Submission Report suggests the engineers involved in IS 465 are not willing to stand over remedial works. In my opinion, Donegal County Council must come out and make a statement on the Submission. The Working Group on the Defective Blocks Grant Scheme was only a can kicking exercise for the Government. It did not contain professionals such as engineers or lawyers.

“Some people are trying to hide behind the fact the Newton in your foundations is stronger than in your blocks. However, that does not matter. Once water, frost, heat and rain hit anything containing sulphides, it sulphuric acid, which will evaporate concrete and the steel within concrete and your house will start sinking,” said Cllr McBrearty.

He added: “That is why we invited Damien Owens [Registrar of Engineers Ireland] to our sidebar meeting with the Housing Agency. I asked him directly, 'What are engineers prepared to stand over, a partially remediated house, yes or no?' I also asked him to do a poll of his engineers, which did not happen or I have not seen the results. The Submission tells us all we need to know, the engineers are not comfortable with IS 465 at all.

“On behalf of the homeowner, there needs to be a solution which stands up on its own two feet. If that is a remediation solution, a partial remediation solution, but it stands up on its feet because there is a state-backed guarantee that goes with it, then I think that provides some assurances to the homeowner. Certainly, now more than ever, there is the need for a state-backed guarantee, if anything other than a complete demolish and rebuild is going to be offered up as a solution.

“We also have a problem, not only with Options 2 to 5 [partial remediation] but also Option 1, which currently allow for the existing foundations, which are untested, to remain in place. We still want that assurance, the 40 year guarantee because at the end of the day, I think it would be such a tragedy, not only to the homeowner but also to the Exchequer, if we built a brand new house on foundations that ended up being a problem. The Submission clearly states, there are question marks over the potential for pyrrhotite to exist and we know that pyrrhotite certainly has a lot more destructive than pyrite or mica.

“We knew we had mica and pyrite in Donegal but no-one ever talked about pyrrhotite until it started coming back in people's test results. We have seen the consequences it has had in North America and Canada. Pyrrhotite is a more dangerous beast because it does not require freeze thaw action to activate. Moisture is sufficient for it to activate, which means you could have bathroom walls inside your house, any place which has the potential for dampness, then you have got the potential for pyrrhotite. Pyrrhotite is the worst of the three of them from what I am led to believe,” said Michael Doherty.

At the time of going online, no-one from Engineers Ireland was available for comment and Donegal County Council had not provided the requested comment.