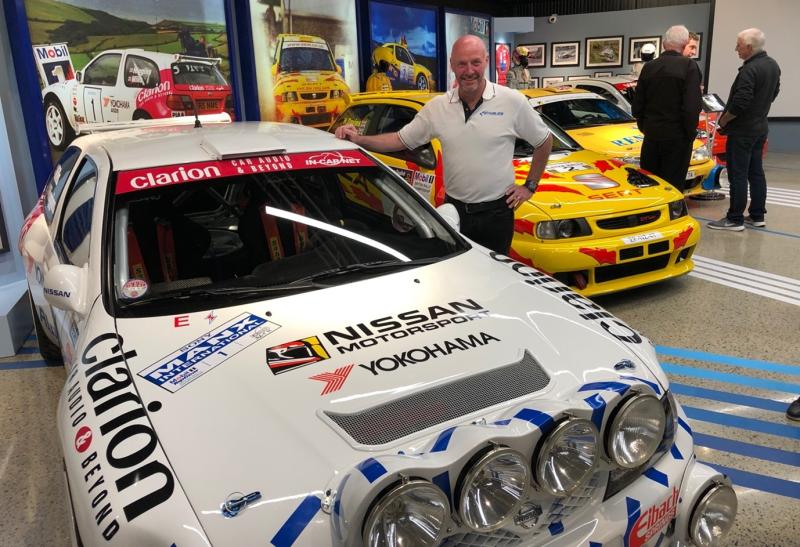 The event is part of the Déjà vu Motorsport series of non-competitive events, which have raised over €150,000 for charities.

Déjà Vu Donagh Day will be in aid of the Bluestack Special Needs Foundation, an organisation that provides a wide range of activities for children with special need, and had come about rapidly thanks t the assistance of Donegal County Council and the Abbey Hotel.

Many rally stars of the present and the past will take part on Sunday.

The crews will gather at The Quay Car Park in Donegal Town from 9am and then set out at 12noon travelling via the Diamond, the Letterkenny Road, Lough Eske and the Bluestack Mountains to the Stables Motorsports Centre.

The 2013 Irish Tarmac Rally champion Garry Jennings in his S12B world rally car is among the participants.

The field of 80 historic cars will be led by the legendary Paddy Hopkir in a replica works Mini Cooper S, navigated by Letterkenny’s Rory Kennedy.

The car will will be identical in every way to the car with which he won the Monte Carlo Rally in 1964.

Saturday’s event will take Paddy past a famous spot at Lough Eske where he had the biggest accident of his career - and a moment that changed rallying history.

‘The Lough Eske Incident’ changed the rallying world. Paddy and his co-driver Terry Harryman, on the Circuit of Ireland Rally in 1966, were fortunate to emerge from their multiple roll on Good Friday.

Their survival prompted the authorities to adopt the lead set by the racing saloon fraternity, and introduced roll bars in all rally cars.

Behind Hopkirk will be the seven-time Circuit of Ireland Rally winner Jimmy McRae in the 1991 Subaru Legacy that his son Colin used to win the Circuit and the British Rally Championship in ’91.

John Coyne, the 1982 Irish Tarmac Rally Champion, will be returning from his home in California to take part and will be reunited with co-driver Christie Farell.

The historic cavalcade is sprinkled with interesting cars and drivers, such as Ollie O’Donovan in a 1993 Michelin Pilot Escort Cosworth and Jonathon and John Radley who are bringing their 1982 Audi Quattro A2 - a car that pioneered four-wheel-drive in the heady Group B Supercar days in the 1980s.