You will soon be able to go to University in Letterkenny! 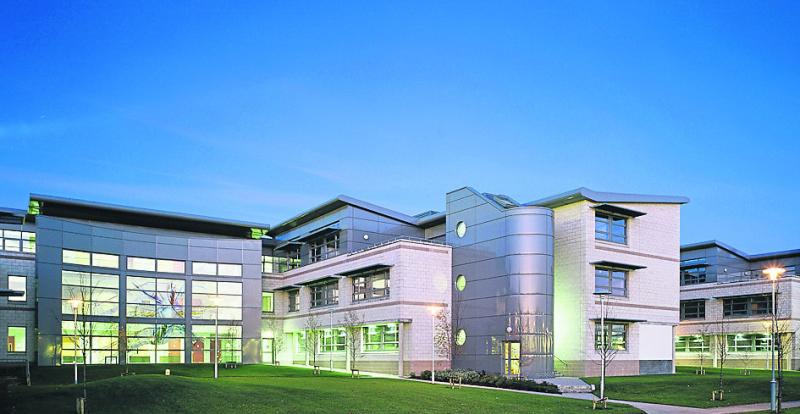 A new Technological University for the region which will include Letterkenny Institute of Technology (LYIT) and IT Sligo has been officially announced this afternoon.

This follows a successful application from LYIT in Donegal, IT Sligo and Galway-Mayo IT.

The yet to be named Technological University (TU) will be announced on designation day. This will see the appointment of a Chairperson and President of the new TU with Letterkenny and Sligo operating as part of a multi-campus university from that same designation day, which will be early next year.

Today is an historic day for the three institutes as the eight campuses of the Connacht-Ulster Alliance (CUA) who spearheaded the application, collectively take a step closer to becoming a TU in the region.

The TU will stretch from Letterkenny to south Galway, with many of those locations set to become university towns for the first time.

This will also be welcomed in the Killybegs where the LYIT College of Tourism is based.

The Minister for Further and Higher Education Simon Harris TD announced the very welcome news of a new Technological University for the North West in the past few minutes.

Minister Harris said: " I want to congratulate the Connacht-Ulster Alliance for their work in reaching this landmark day. This is a fantastic day for higher education in the West and North West region, providing for the establishment early next year of a multi-campus university presence across the region, encompassing eight locations in Castlebar, Galway City, Killybegs, Letterfrack, Letterkenny, Mountbellew and Sligo." 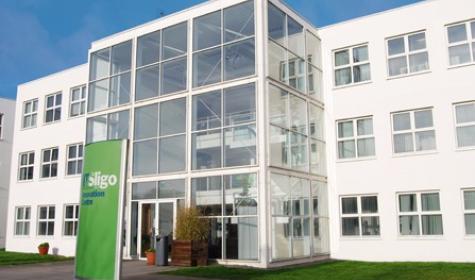 Part of the IT Sligo Complex

The Presidents of the three institutes of technology in the CUA have also warmly welcomed the announcement that GMIT, LYIT and IT Sligo have together been approved for designation as a Technological University.

“The new TU will transform the educational landscape of our region, building talent, driving innovation, research and development and propelling us onto an international stage.

"Working with stakeholders in the region, cross border and beyond, the new TU will support the needs of enterprises, especially SMEs across the region, though employee education and research, to enhance economic, social and cultural prosperity. It will also deepen collaborative partnerships with national, cross-border and international further and higher education institutions as well as organisations in the public and private sectors. 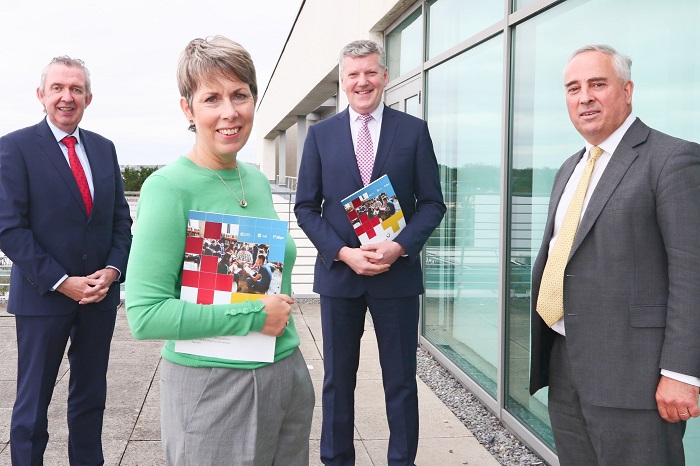 "In due course Minister Harris will formally announce the name and designation day of our new Technological University, and thereafter the appointment of the Chairperson and President. The TU will commence operating as a multi-campus university from designation day”.

“Today’s announcement is the culmination of many years of work by students, staff and stakeholders across the CUA.  It is a testimony to the calibre of our staff and the spirt of collaboration that has developed between CUA colleagues which will serve us well as we prepare for the next phase of the TU development”.

Donegal TD, Joe McHugh (Fine Gael) expressed his delight and was one of the first to react to the announcement:

"I am delighted with the news of the formation of a new Technological University; this is an incredible day for higher education in this County and region."

This is the fourth TU to be created since 2019 and represents a milestone in higher education provision for the West and North West, providing for the establishment early next year of a multi-campus university presence across the North West region.

“I wish to commend President Paul Hannigan, John Andy Bonner, and Dr Ciarán Ó hAnnracháin LYIT CUA (Technological University Project Manager) and all the team at LYIT, and Dr Sean Duffy, who led on this overall project, all of whom have worked very hard and closely together with their counterparts in Sligo and GMIT over the last number of years to ensure this application has reached this stage today.

"I met with the team at LYIT on various occasions over recent years in my role as Minister for Education while they worked through this process and this was always a priority of mine while in that position.

"I worked with former Minister of State for Higher Education Mary Mitchell-O'Connor and, more recently with Minister Simon Harris to try and ensure that this ambition became a reality for this County and for the North West region."

The process to designate a new TU is enshrined in the Technological Universities Act 2018. The next steps in the legislative process require the Minister to bring forward a draft order establishing the appointed day on which the new technological university will be legally established and the three existing Institutes consequentially dissolved for approval by the Houses of the Oireachtas.

Students graduating in the 2021-2022 academic year will do so with university qualifications, he said.

"This is a really significant development and will undoubtedly have massive benefits for our whole region. This will create stronger regional growth in the North West, and will further encourage the development of our close cross-border links here in Donegal,” concluded Deputy McHugh.

Another Donegal TD, Pearse Doherty (Sinn Féin), has welcomed the long-awaited news that Letterkenny Institute of Technology will be designated university status under the new Connaught Ulster Technological University Alliance and that the change in status will take effect from early next year.

Speaking after a meeting with the Minister for Higher Education today, he said:

"This is a great day for students and the wider community in the north-west and I whole-heartedly welcome the news that LYIT will be recognised as a university under the new alliance.

"I commend everyone involved in campaigning for this, and I understand the enormous work which has been put into this since 2012.

"It is particularly exciting that students who are now in the final year of courses at LYIT could possibly be graduating from a university, with the change in status set to take place early next year.

"Crucially, as one of the largest universities on the island, the new Technological University will give more of our young people the chance to live and study in the West of Ireland. This will allow us to educate, nurture and retain talent in the region which will be vital in tackling regional imbalance.”

"This designation means that Letterkenny is now a university town, and Donegal is a university county. The relevant agencies such as Enterprise Ireland, the IDA, Údaras na Gaeltachta and others must now realise and promote the investment possibilities for the region.

"I was also glad of the assurances I received that there will be continued and enhanced cross-border engaged with Magee University in Derry. This is important in unlocking the full potential of this new status for the benefit of the entire north-west.

"I, along with Pádraig Mac Lochlainn TD and our other local representatives look forward to engaging with university management going forward."

Minister for Agriculture, Food and the Marine and Donegal T.D, Charlie McConalogue (Fianna Fail) was equally delighted: “Confirmation of TU status for the North West is tremendous news for the entire North West Community and will enhance the higher educational offering for everyone in the North West.

"This is further investment in our rural communities and will benefit students and businesses throughout Connaught and Ulster.

"Congratulations to all involved including the LYIT team led by Paul Hannigan and my thanks to my colleague Minister Harris for his work with the group."

The process to designate a new TU is enshrined in the Technological Universities Act 2018. The next steps in the legislative process require Minister Harris to bring forward a draft order establishing the appointed day on which the new technological university will be legally established and the three existing Institutes consequentially dissolved for approval by the Houses of the Oireachtas. Students graduating in the 2021-2022 academic year will do so with university qualifications.