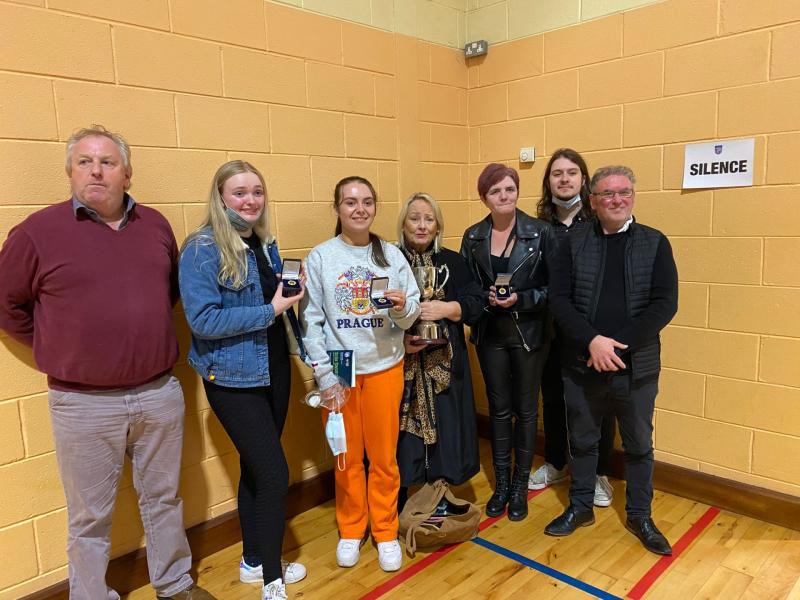 The event was held in Silverbridge in County Armagh this afternoon and the result means Buncrana is off to the All Ireland final of Scór Sinsir, which will take place in CLG Chonnacht’s newly built Dome in Bekan, outside Claremorris in Mayo, on Saturday, November 20, 2021. 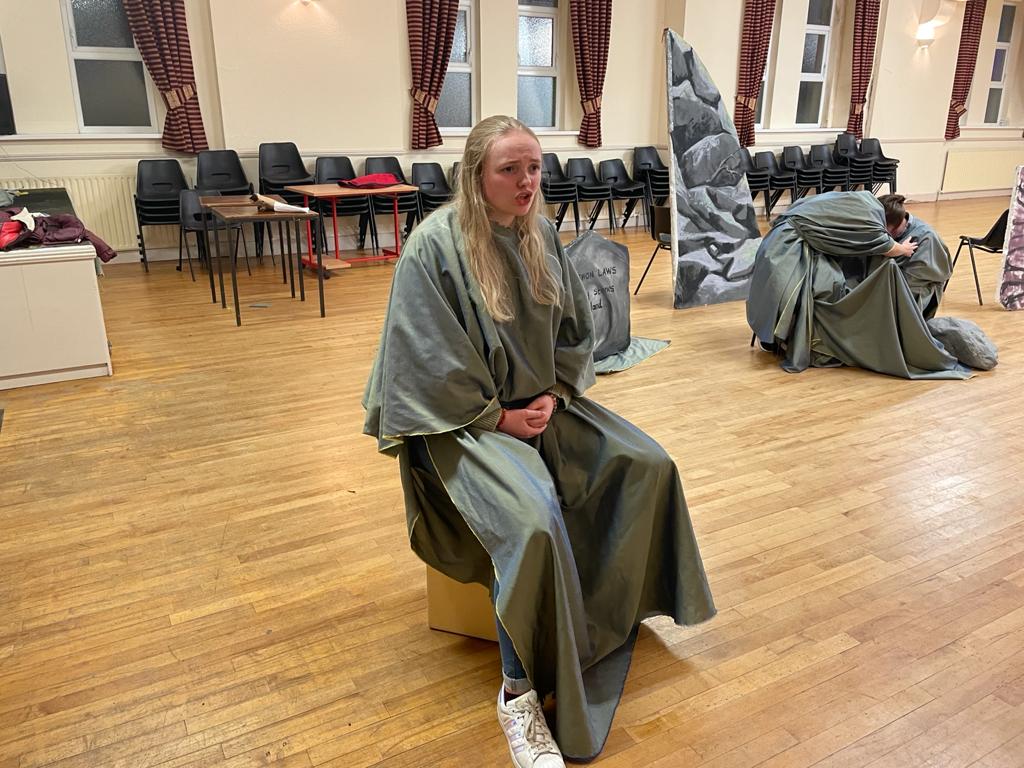 Buncrana's Patricia 'Tinney' Doherty, who wrote and directed the CLG Bun Cranncha drama, revealed 'Sean Carraigeacha na hÉireann' was a tale of the ancient rocks of Ireland, which invite the audience's imagination and emotions on a journey of appreciation, commentary, admiration and hope, through the ages, in gratitude for worshipping at the altar of the games of the Gaels and their many heroes.

She added: “We were thrilled to have reached the Ulster final in 2020, but I am now looking forward to finishing what we started, in 2020, at the All Ireland final.

“‘Sean Carraigeacha na hÉireann’ is a small poetic piece featuring Aoife Lennon, who is the narrator and bard and Lauren Mulholland, an greasaí, who is also the Brehon Laws. Ireland's laws, the Brehon Laws, is the law that inspired the whole of Europe and still exists in every country in Europe today.

“We also have Seamus McDaid, from Topline Buncrana, who plays Paid, an feirmeor beag, and Lisa Gallagher, An Cailleach Béarach, Roisín Dubh, Bamba, Mise Éire, all of the names Ireland is called.

“‘Sean Carraigeacha na hÉireann’ is bilingual, Irish and English. It’s about the old rocks of Ireland. The Stone of the Brehon Law because everything in Ireland was in stone. We have the milestone, which has relevance for all of us throughout our lives and even biblically, everything was written in stone. Our first magic was rubbing two stones together to create fire, with the Tuath Dé Danann coming to Ireland,” said Patricia. 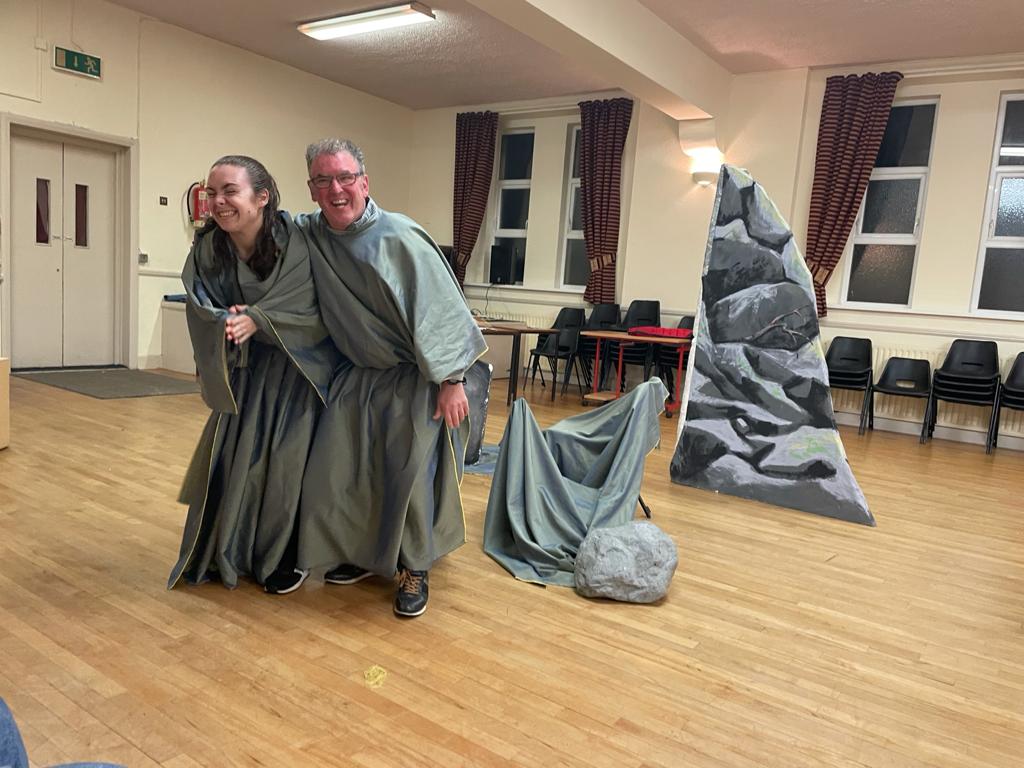 Patricia said Ireland's culture was steeped in stone, if we took the time to explore it.

She added: “The play has beautiful quotes like, ‘The cold, grey stones of Ireland.’

“It contains lovely pieces, pieces I think are beautiful. We do the milestone, we talk about the bard. How he came from town to town, sat on a stone and how he would be recognised by the High King of the area.

“On the Fair Day, people in Ireland traditionally took their rest on the stone. Our ancestors were wise and clever because we were the Island of Saints and Scholars. Everything we did was done to perfection.

“The Brehon Laws still hold to this day. People were respected. If you had garb you had traded in because you did not have the money, the jewellery, the old Celtic jewellery, and everything you would have handed in, would have been given back to you for the Fair Day so that you would not lose face. I thought that was beautiful, so we have that included in our drama, which has beautiful singing and the Celtic drum beat. We would also like to thank Gabrielle Grant for donating us the costume material,” said Patricia. 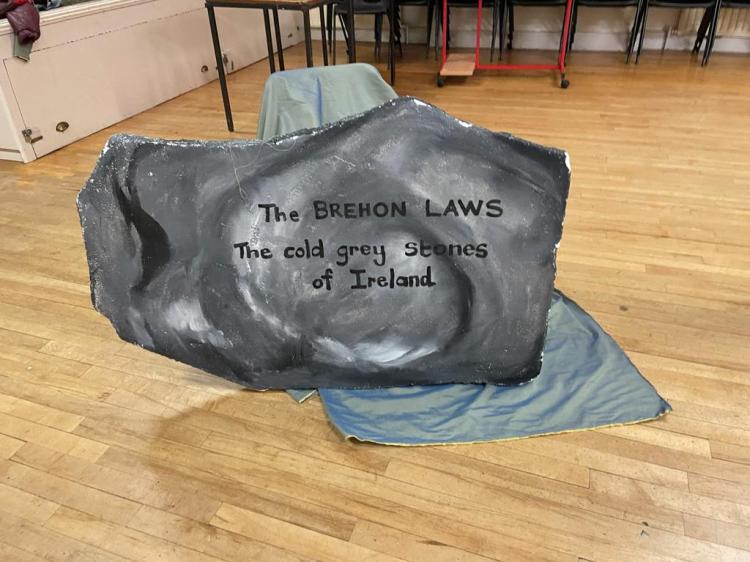