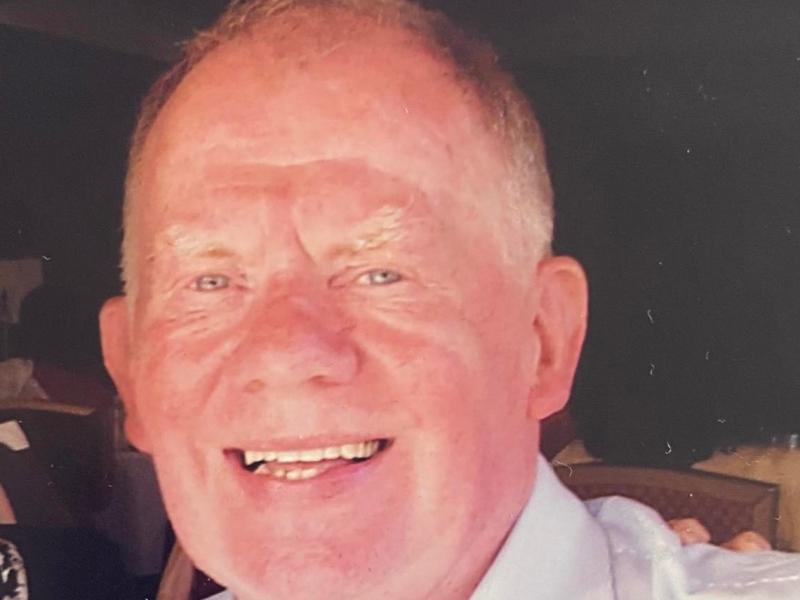 The funeral took place last Saturday in Letterkenny of the late Barney Fitzgerald of Knocknamona Park, Letterkenny, but who will always be associated with his Beautiful Bundoran and his involvement with the famous Richard Fitzgerald Ceili band.

In their heyday, they were known the length and breadth of the country and played an important role in the re-establishment of the popularity of Irish ceili music in the towns and villages of Ireland and abroad.

And while Barney and his own branch of the Fitzgerald family were very much part of the Letterkenny community, his heart never really left Bundoran where he was raised, mourners were told on Saturday morning at the Church of the Irish Martyrs.

Fr Brian Quinn, chief celebrant assisted by Fr Brian Conway, said that people attending the funeral were still constrained by Covid-19, but they were still able to mark Barney's passing in word, prayer and in song.

He said that handshakes, hugs and kisses were, for the most part, also out of bounds for mourners, which in some ways had also dehumanised many funerals over Covid.

"That's why when we come here for the Funeral Mass this morning, we draw on God's word and God's message to sustain us today." 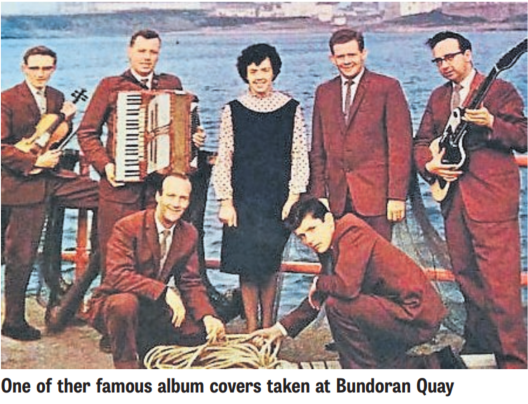 “Barney and his family, the Fitzgeralds, graced many the stage during his life and their lives, nationally and internationally, and they brought their Irish and ceili music to many far flung venues on different continents throughout the world. Barney, in doing all that and in achieving so much in that period, never lost his humility or good grace.

“In fact, these qualities must have been inspired by his faith, by his trust in God, by his prayers, by his love of the Mass and his presence here with his wife Anne for many a year.”

“He was not a man to grumble or to blame anybody in sickness, especially God, when his health began to fail. But he is now in God’s care, resting after his work in that place called Heaven.”

After Holy Communion, Brian McEniff, a cousin of Barney's, shared some poignant thoughts about a man that was both inspirational and multi-talented.

Brian had been asked to say a few words by the family and had compiled multiple notes on what he might say, but as Barney was so special, felt it more important to speak from the heart.

Brian spoke of how Barney had been born in New York with his late brother Richie. Their mother was Anne Begley from Carrickmore and father was a Tipperary man, Dick Fitzgerald, a well known violinist on both sides of the Atlantic.

Brian said that their mother Anne made a great decision in coming back to Ireland with the then three members of the family, Richard, Barney and their sister Kathleen, who were to form the fulcrum of the Richard Fitzgerald Ceili band. Then, whilst in Bundoran, siblings Josephine and Mary arrived.

“She reared a great religious family, well educated and she brought them up with the three eldest including Barney bringing great fame in the world of ceili dancing,” Brian said of his aunt, Anne.

He alluded to another life that Barney had and that was his Gaelic footballing skills, which he picked up as a student at De La Salle College in Ballyshannon.

Brian recalled that Barney could kick with both feet and his last claim to fame was scoring four goals against Lifford in a league semi-final.

On the sporting theme, he referenced the fact that Barney was an accomplished table tennis player picking up county titles in the late fifties as well being a fine golfer.

Among his other sporting interests were the Irish international soccer team and Manchester United and Celtic. And then of course, there was his county team, Donegal. 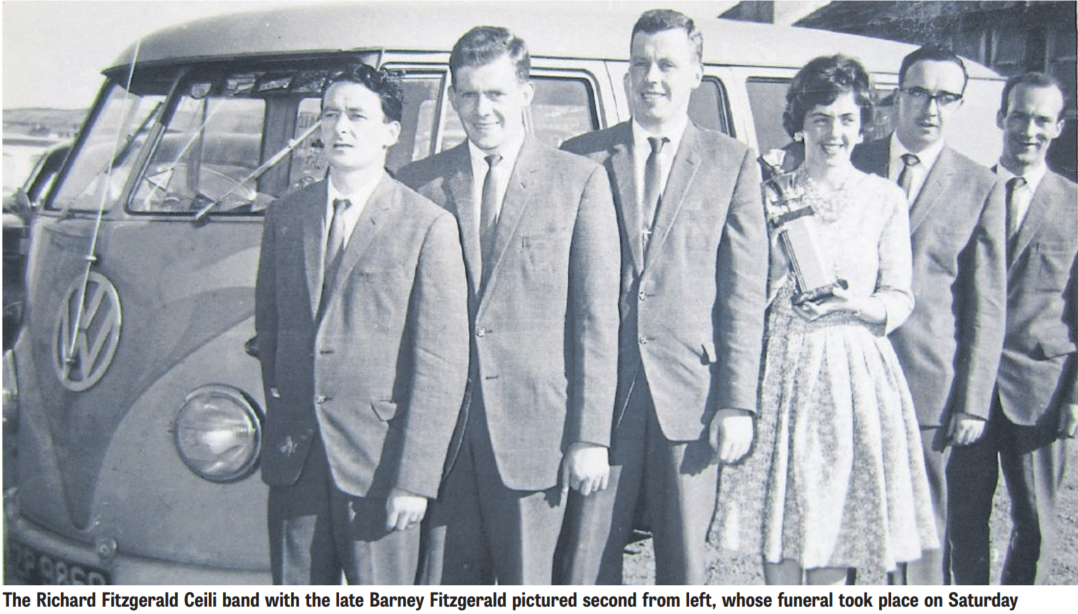 “And if they ever lost, he always blamed the referee,” Brian quipped. “But there was more to Barney than that,” Brian said as he described how Barney first met his wife to be Anne as a teenager.

Barney, by now, also had a restaurant in Bundoran. Their paths diverged Anne went to work in Dublin and then in France but they later married.

This saw the Fitzgeralds move to London, but a sister-in-law was expanding her own business and that saw the family return home to Letterkenny, as like his late mother, Barney wanted the family reared in Ireland.

They settled in Letterkenny and while his sons Barry and Greg were Letterkenny ‘through and through’ their father’s heart had never left Bundoran.

Brian then recalled a story from 1970, when an Ulster GAA team was travelling to New York and although Barney was busy in the restaurant, Brian suggested that he might make the trip.

So Barney packed up his piano accordion and set off with the Ulster team and even refereed the second match of the series.
On a night in Boston, they even entertained a full crowd for the evening.

“That was Barney,” Brian added. “But Barney the person was so different. He could only be described as nature’s gentleman. He was so gentle and kind.”

Referencing how he later used to watch Daniel O'Donnell staying on afterwards after concerts, chatting for hours and signing autographs for fans, Brian recalled that Barney was doing that long before Daniel had even started his career. 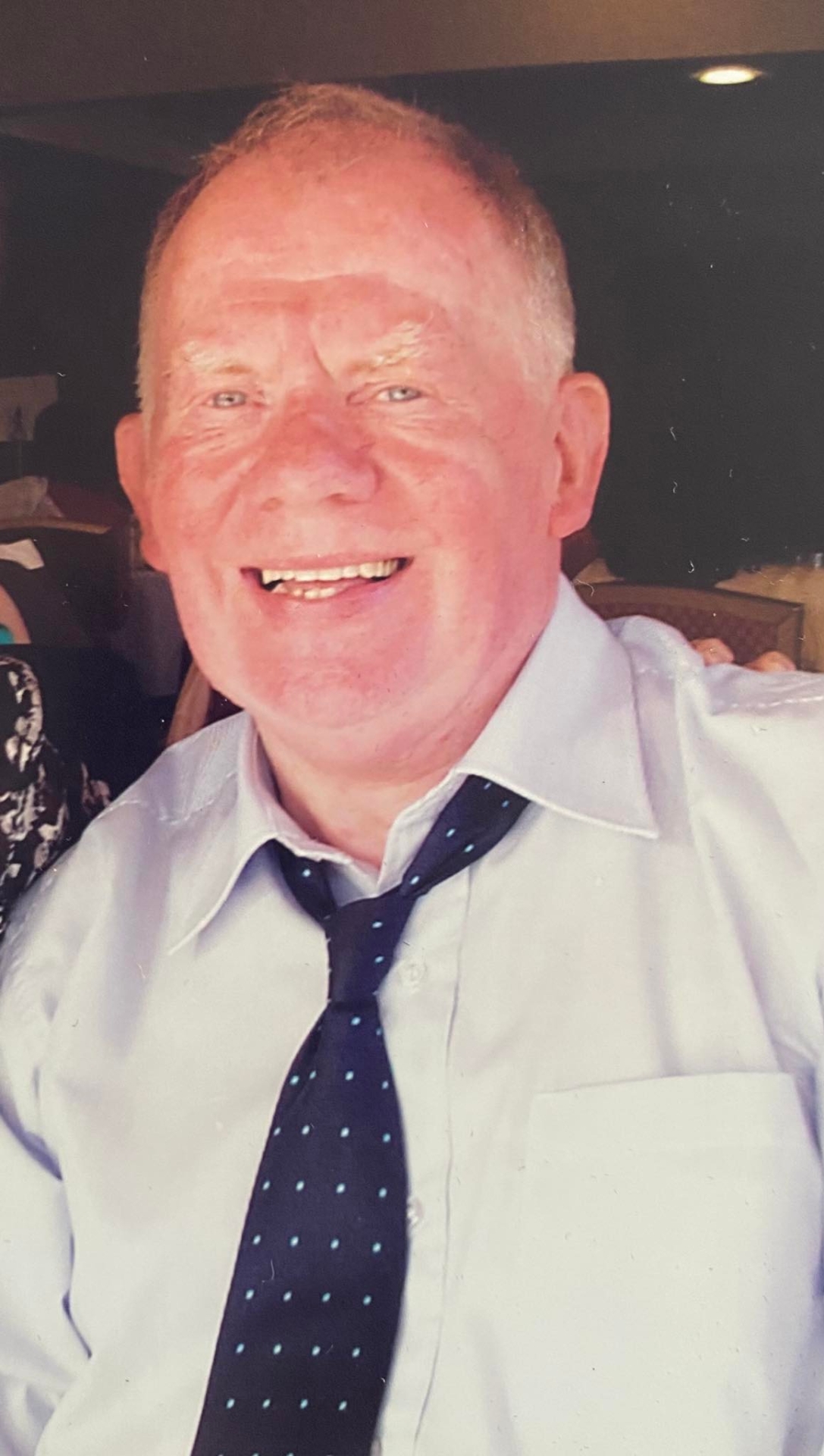 “Barney gave his time to everyone. If you met Barney and you looked into his eye, you saw that glint that would melt your heart. He was just a very nice man, a very special man.”

Brian paid tribute to Barney's wife Anne, who had cared for her husband in illness over the last 14 years and had been a true friend and wife to him as well in those times.