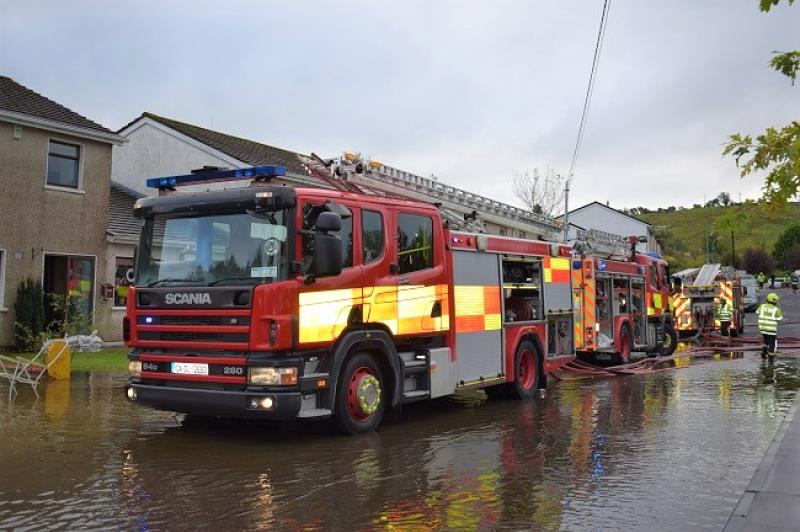 That is according to Donegal County Council’s Director Of Emergency Services, Garry Martin who addressed Tuesday’s meeting of the Municipal District (MD) of Donegal.

It is widely recognised that a suite of prevention measures is necessary along the River Eske to avoid damaging floods in Donegal Town.

Despite promises from former government ministers and a detailed prepared report being submitted for the Catchment Flood Risk Assessment and Management (CFRAM) Programme, the required €6m has not yet been granted. Furthermore, funding was since granted to other schemes in the county which councillors in Donegal MD felt were less urgent and were submitted later.

Area Roads Officer Mark Sweeney reiterated his position that the full €6m scheme was the only solution.  This was supported by Mr Martin who said there were a high number of those schemes approved at national level and Donegal Town wasn’t even on the list.

“Donegal has a long way to go,” he said. “I would strongly recommend a delegation to the ministers given the frequency of the flooding in Donegal Town.

Mr Sweeney told councillors that as a follow up from a previous meeting, he had spoken to the CFRAM within the council to see if advance funding could be secured for preparatory works. He had hoped this would allow preliminary reports and flood mapping to be carried out so that work could begin sooner in the event of funding being granted for the major project.

However, he was advised that this was not an option as any preparatory works could be out of date by the time funding came through, due to environmental factors or changes to legislation or criteria.

Cllr Noel Jordan expressed his anger and frustration at the lack of action despite everything being put in place by councillors and council officials.

“The report that we had on the minister’s desk highlighted the need for the funding and we are still being ignored in this MD,” he said.

“It is the most frequent flooding spot in the whole of the county. We were told that there was a reports desk where we report every incident that happens down there. We did that. It is not acceptable that we are still sitting here talking about this issue in Donegal Town.”

Cllr Jordan also expressed concern that significant development was planned for the town while a solution for the flooding issue still had to be funded and implemented.

“The more development that we have in the town, the more risk we are going to have of flooding the centre of the town,” he said. “It needs to be addressed now.”

Cllr Jordan repeated his previous proposal that families in the four most at risk houses in Clareden Drive be rehomed by Donegal County Council.

Mr Martin replied that this wasn’t an unreasonable solution that he felt would eventually get ‘batted back’ to the council by the relevant government departments.

He added: “But as Mark said, the big solution is the only solution.

In the meantime, we will continue to have the emergency services to respond as best we can.”

Mr Sweeney said that while the four houses at Clareden Drive were at higher risk, the ‘worst case scenario’ flood would impact a much larger area of Donegal Town. Hence, he said, the reason why he was so adamant that the big scheme was the only realistic solution.

Cathaoirleach of Donegal MD Cllr Barry Sweeny (FG) formally proposed a delegation to the relevant ministers. The proposal was passed.