Donegal group to scale the heights in unique charity challenge 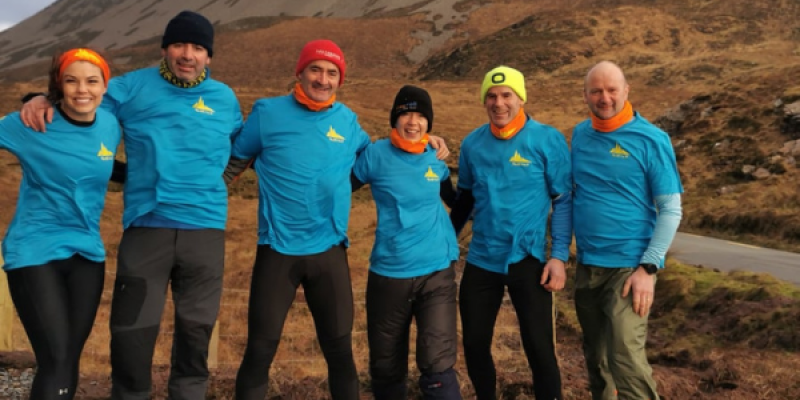 A group of six from Donegal are preparing to embark on a gruelling challenge of climbing the highest peak in each of Ireland’s four provinces - all inside 24 hours!

They’ll begin on the 850m Slieve Donard in Down before tracking to Lugnaquilla in Wicklow, standing at 925m, followed by the 814m of Mweelrea in Mayo.

The scenic trail is extensively used by walkers, runners and cyclists

“The big thing we need to watch is our timing,” Pearson tells Donegal Live.

“We’re starting on Donard at 3pm on the Saturday and that means we’ll start on Lugnaquilla while it’s still daylight. We’ll go up Mweelrea in the dark and come down in the light.

“The zig-zagging of the country adds to it. A few of us have been chatting about it since last year so it was brewing away for a while.”

It aims to help families in need from local communities in Ireland who have children undergoing long-term medical treatments for serious illnesses.

Some of the group are training for their own individuals challenges such as the Donegal Atlantic Way Ultra Race or the Seven Sisters Mountain Race.

“We are all doing our own mad things,” Pearson smiles.

An Garda Síochana are on board to aid with some of the logistics and the group have a driver in Eamon Ward who is also heavily involved with the route planning.

The Big 4 in 24 will be officially launched on Saturday, February 5, at Arena 7 in Letterkenny.

You can donate to the challenge here: https://www.idonate.ie/fundraiser/11425484_diane-robinson-s-page.html?fbclid=IwAR1ygDbKJd_i3ZTlmIv4H3Wfvy8HbNtUXvkJnP-G50oIFJR2UB7mdEtp4DM