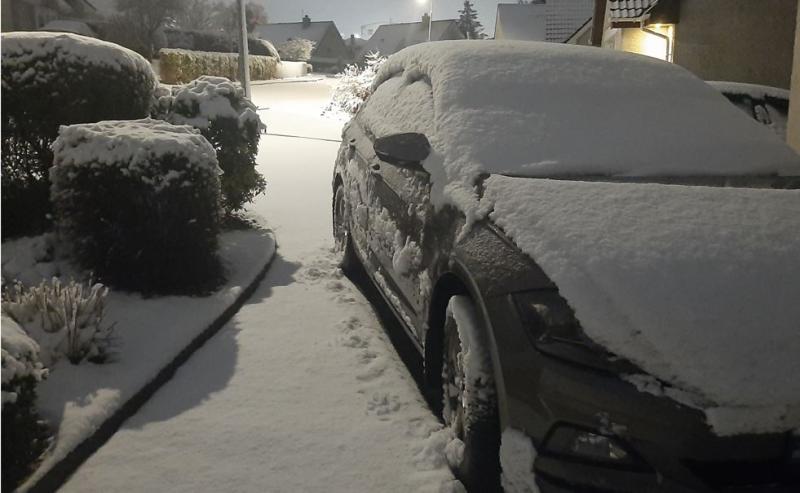 Many people awoke to find their cars covered with snow

A blanket of snow is over much of Donegal this morning after Storm Eunice swept across the country overnight.

Donegal Co Council crews have been out clearing major routes, but many smaller roads are unpassable, especially on high ground.

The conditions will make the early morning commute for many motorist much longer than normal.

An orange snow alert is in place for Donegal.

A Status Yellow snow and ice warning for Ireland is currently in place until 10am on Saturday.

Falls of sleet and snow will continued with accumulations in some areas and icy stretches leading to hazardous driving conditions.

Schools in Donegal are shut today due to the weather.

Power outages have been reported in many parts of the country while in Donegal almost 100 csutomers in the Moville area were without power early this morning. Supplies were expected to be restored by 8.00 am.

The worst of the winds were in the south of the country.