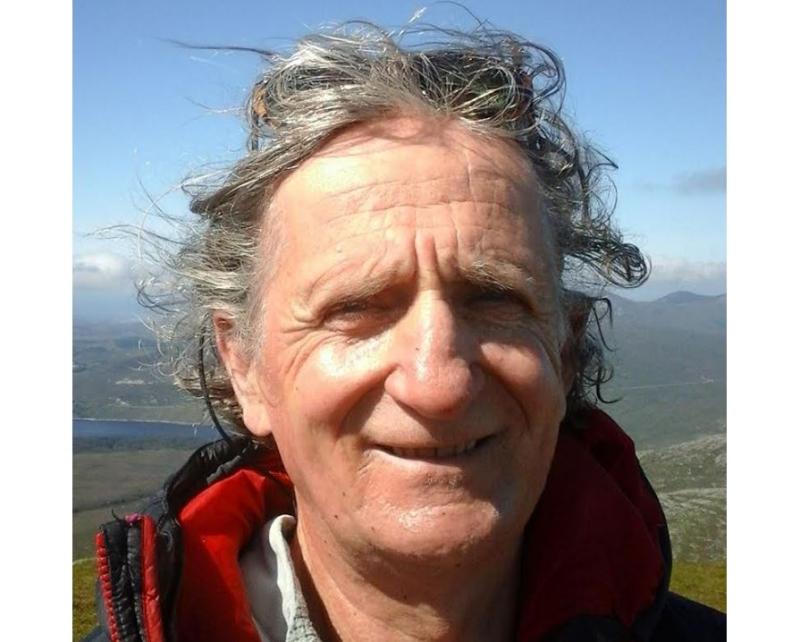 Award-winning Donegal based writer, Malachy Doyle, has taken on the ‘Climb With Charlie’ challenge, pledging to climb Mount Errigal a phenomenal 12 times in 36 hours to raise funds for the Irish Motor Neurone Disease Association and Pieta.

Malachy, who has published 125 books, from children’s picture books to teen novels, said that both the ‘Climb With Charlie’ fundraising causes are very close to his heart. His beloved brother and walking companion, Raphael, died of Motor Neurone Disease four years ago, and he himself also volunteered as a Samaritan for many years.

Malachy has titled his climbing challenge ‘Everest on Errigal’ because Errigal is 751 metres in height, Everest is 8,849 metres, so twelve Errigal climbs equals just over 9,000 metres and is therefore higher!

The 67-year-old author who grew up in County Antrim, attended college in England, brought his children up in Wales, and now lives on Cruit Island, plans to undertake his climbing challenge on March 30 and 31. This is a few days before the main ‘Climb With Charlie’ event which takes place around the country on April 2 and includes a group ‘Climb Errigal Together’ event.

The former RTE chief reporter and Washington Correspondent, Charlie Bird, announced his motor neurone disease diagnosis publicly last October. He launched the nationwide ‘Climb With Charlie’ challenge earlier this year, encouraging the public to climb a mountain in solidarity with him to help raise funds for his chosen charities, Irish Motor Neurone Disease Association and Pieta.

He says his motor neurone disease diagnosis was devastating but added that he has been overwhelmed by the support he has received from the general public, saying that this has been a huge source of strength.

“I want to use that outpouring of support to help other people and specifically those who are also suffering with this disease and those who are suffering from thoughts of suicide and self-harm. I will be climbing Croagh Patrick with the support of my family and friends. Due to uncertainty around Covid, I need to be cautious around the numbers who will also climb the reek but you can organise your own ‘Climb with Charlie’ on April 2,” Mr Bird said.

Malachy, who has enjoyed hill walking across Ireland and the UK for many years, says he has climbed Errigal many times in the past but never more than once, let alone six times, in one day or twelve times in two days!

He admits he is rather daunted by the challenge he has set himself, but said he is confident that he will be encouraged and motivated by all those who donate in support of his efforts. He has created an online fundraising page under the ‘Climb With Charlie’ event at www.idonate.ie/MalachyDoyle829

"I’m hoping for good weather,‘ and a few of my hillwalking and mountain running friends are going to join me for one or two climbs, so hopefully it will be enjoyable as well as productive,” said Malachy.

“I love Errigal, and I’ve often dreamed of climbing Everest, so why not put the two together for a good cause!"  he added.

Malachy’s most recent picture book, ‘Molly and the Shipwreck', (above) the fifth book in the hugely successful ‘Molly' series illustrated by Andrew Whitson - all of which are available in three languages, English, Irish and Welsh - has particularly timely relevance.

It incorporates messages such as the need to show compassion for and offer to house to refugees. The writer says a proportion of the proceeds from the book will be donated to support refugees from Ukraine.

All funds raised from the climb will go directly to Pieta and Irish Motor Neurone Disease Association (IMNDA).