Award is a universally recognised indicator of exceptional quality and craftsmanship 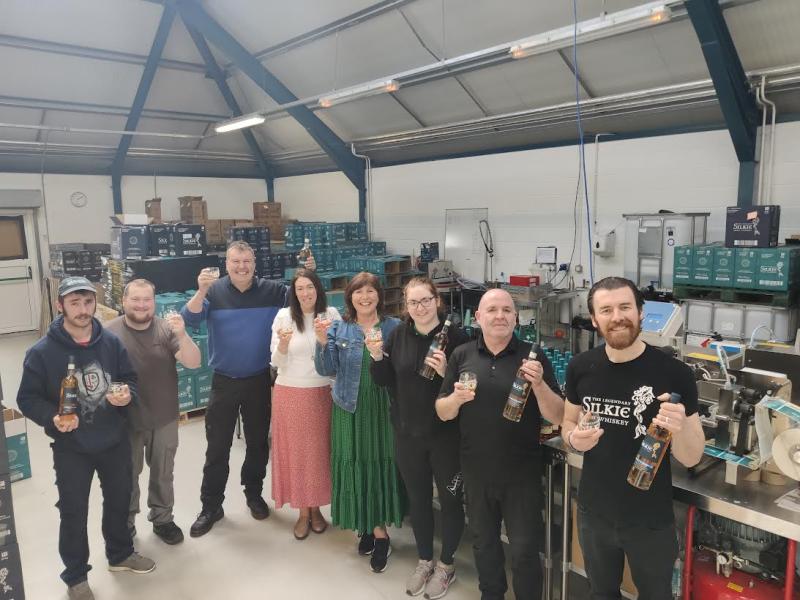 Raise your glasses for the team at Sliabh Liag Distillers.

They are toasting more success after The Legendary Midnight Silkie Irish Whiskey was awarded a Double Gold medal in the 2022 San Francisco World Spirits Competition (SFWSC).

Midnight is the latest addition to the Silkie collection, and this was its first competition.

The double gold award from the SFWSC is a universally recognised indicator of exceptional quality and craftsmanship.

Sliabh Liag Distillers is the first distilling company in the county for over 175 years, established with the purpose of reclaiming the distilling heritage of Donegal.

Their Ardara Distillery at Woodhill, Ardara, is now operational and makes Irish whiskey in both Single Malt and iconic Pot Still variants, highly differentiated and reflecting the authentic style in which Donegal whiskey was made in the 19th century.

Triple distilled, rich, smoky, and peated, the whiskies share in the folklore of the Donegal Gaeltacht and are steeped in the often illicit heritage of distilling on the Sliabh Liag peninsula.

The distillery buildings have been designed by CornerStone Architecture of Donegal and incorporate traditional shapes, forms, and materials. The distillery comprises the still house and barrel store with the visitor centre build still in progress, in a later phase, it will include an expanded visitor centre and relocated An Dúlamán Distillery.

The distillery is currently closed to visitors but they look forward to welcoming you this summer.