Tourists will stay away if no electric vehicle charging points available 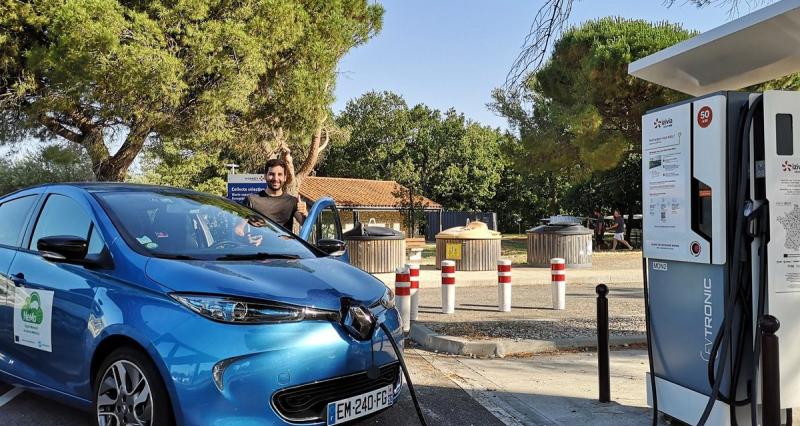 No electric charging points - no tourists!

Tourists were opting not to come to Donegal when they discovered the lack of electric vehicle charging points, particularly along the Wild Atlantic Way, it has been claimed.

The issue arose at Monday's meeting of Donegal County Council in the Aura Leisure Centre, Letterkenny when councillors were asked to enter an agreement with Louth County Council to allow it to administer the installation of rapid vehicle electrical chargers in Donegal together with associated works.

Cllr Gerry McMonagle queried when the work would start, how many would be implemented and at what locations.

Cllr Patrick McGowan said while he welcomed the initiative the availability of charging facilities was way behind where it should be.

"I understand one is to be installed at the Navenny car park in Ballybofey and another in Buncrana. Most towns have one or two but that's not near enough. I know, it's a pilot scheme funded by Interreg but it needs to be extended to all towns and villages."

Cllr Nicholas Crossan asked who selected the location for the charging points.

"In Buncrana, they are talking about Ferris Lane, the most underused car park. It's almost impossible to get access into it. Will there be a financial charge with it?"

Cllr Michael McMahon said he was annoyed with the fact that they were being advertised in his area but when people arrived they could find any.

"There are no chargers in the south Donegal area that are equipped to do the job. They are being advertised in brochures and visitors' guides but when the people go looking for them they're either not there or not working. It's the cart before the horse."

He added the work needed to be done before the summer.

Cllr Michael McClafferty pointed out that visitors to the Dunfanaghy-Creeslough area and the Wild Atlantic Way were asking about these charging points and if there were not there, they were not going to visit.

"Several had already cancelled holidays in our area because of no charging points and that's very unfair."

His comments were back up by Cllr John Seamais O Fearraigh who said he found similar problems in his area.

Cllr Martin McDermott urged the council to ensure these charging points were located at tourism vantage points, near tourism amenities or restaurants in towns and villages.

Cllr Martin Farren suggested the council keep each of the municipal districts informed of what was happening and the locations being considered so each councillor could make suggestions about locations.

Cllr Niamh Kennedy said they also had to consider placing one in Carrick-Teelin as after Killybegs the area had no charging points and with so many visitors coming to Sliabh Liag it was important to serve these areas.

Cllr Gary Doherty asked if costs were known and were there ongoing costs involved. He added he noted the two pilot sites were chosen because of their proximity to the 50-kilowatt electrical voltage supply and wondered if that limited any expansion for other areas.

Cllr Johnny McGuinness supported the call for local councillor involvement in sites and added it was important the Inishowen 100 Wild Atlantic Way Blue Flag beaches, and tourism signature points are considered for an installation.

The council's director of roads and transportation, Bryan Cannon said this initiative gave the council a chance along with other border counties as well as authorities in Northern Ireland and Scotland in the scheme.

He said he hoped through implementing it they would have a greater understanding of the demands. He said Ballybofey and Buncrana were selected as the most preferable for the initial stage.

"The Department of Transport has an ongoing consultation for the next few weeks in relation to EV charging infrastructure across the country and we will be making a submission. Donegal is a tourist county so it is important that there is sufficient provision for people who are not residents so we'll be very cognisant of that approach when we are making that submission."

He added he would advise the next round of municipal district meetings about locations, types of current infrastructure and progress in relation to the consultation and this project in general.