Shaun Doherty takes a major step towards the priesthood 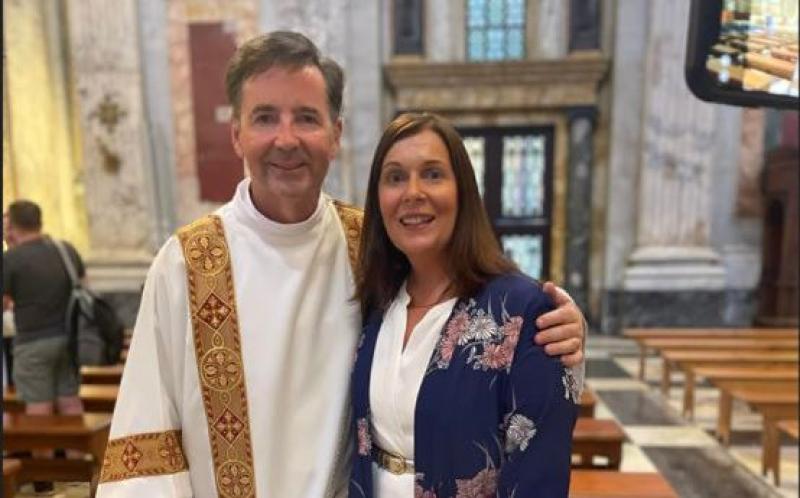 Former Highland Radio presenter, Shaun Doherty has been ordained a deacon in Rome this Wednesday afternoon.

Best known for his dulcet tones over the airwaves and someone who could speak on most subjects, he was the go-to man in the early days of local radio for over 30 years.

When he announced his surprise departure a number of years ago everyone expected this award-winning broadcaster would end up on another station, probably in Dublin or London, such was the esteem he was held in but no, Shaun had another pathway, one to the priesthood.

After studying in Rome for the past three years Shaun was ordained a deacon today, Wednesday in St Paul's Basilica. He was joined by several friends from home. It is understood Deacon Doherty will continue his studies in Rome and be ordained to the priesthood in approximately one year's time.

Shaun was the subject of a podcast with journalist and broadcaster, Colm Flynn, part of which was broadcast on Easter Monday on RTE Radio One.

In the programme he talks about his decision to go public about his new life.

"I have never really talked about it because I felt all along that this is something I have to pray about. You shouldn't have pressure on you during this discernment process and as I am coming up towards deaconate now is as good a time as any to be talking about it."

Asked how his vocation spoke to him Shaun said it was something he felt inside.

"It's something as a young person I considered but life took me on a different path and we make choices, some good and some bad, and they make us the person we are but at that point in my life I felt very strongly and I would definitely say the late Fr Neal Carlin had a big influence on me as well."

The wide-ranging interview examines the areas of priestly formation, human, spiritual, intellectual, and pastoral on his journey to the priesthood. He talks openly about adjusting to life in a seminary in Rome, studying things like philosophy and theology, and dealing with things like independence and obedience.

"It's been a great experience, it's tough, it's not easy but it's most rewarding."