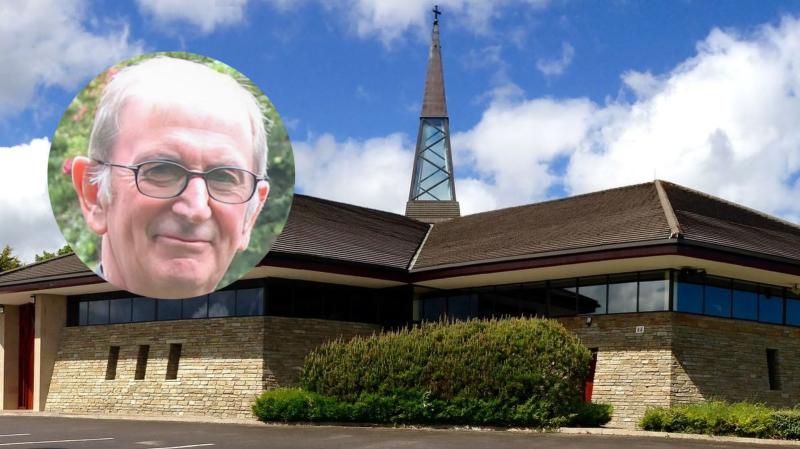 The funeral will take place at the Church of the Irish Martyrs in Letterkenny on Wednesday of Fr Brian Quinn, Letterkenny, whose death on Sunday has been met with great sadness across the county.

A native of Laghey, Very Rev Fr Quinn was Parish Priest of the Aughaninshin parish in Letterkenny.

He was very well known all across Donegal, and much loved by his parishioners and many friends.

Fr Quinn’s remains will repose at the Church of the Irish Martyrs, Letterkenny today (Monday) from 6pm – 9pm and from 11am – 9pm on Tuesday. Rosary will take place in the Church at 9pm each evening.

Requiem Mass will be celebrated on Wednesday at 11am in the Church of the Irish Martyrs, Letterkenny with burial afterwards in Conwal Cemetery.

Fr Quinn  had served in a host of parishes in the Diocese of Raphoe during his 40 years in the priesthood and his contribution to the church, and to the lives of so many people that he touched, was celebrated only two weeks ago at a special Mass in the  Church of the Irish Martyrs which marked the 40th anniversary of his ordination.

The Bishop of Raphoe, Alan McGuckian celebrated that anniversary Mass and he paid tribute to Fr. Brian, describing him as a people person, who was proud of the role that he had played in his parish and at the Church of the Irish Martyrs.

Fr. Quinn will also be remembered for his love of sport, particularly GAA and held the role of treasurer of the Donegal County Board back in 1999.

“He had a great love of the GAA and along with his good friend Fr Charlie Byrne, he would regularly attend matches all over the country,” Mr McGrath said.

“But more than that, Fr Brian had a unique way where you could feel so comfortable in his presence and talk about anything that needed to be discussed. He was not contentious or confrontational. He could offer a listening ear, and was such a safe pair of hands when you might need a problem solved.

“He also had a great connection with the Donegal team of ‘92 and remained very close to a few players from that squad.

“Fr Brian also said Mass for Donegal teams ahead of big games over the years. He was very well liked, and he will be so sadly missed.”

Fr Quinn was also the President of Letterkenny Gaels GAA and in a statement, the club said his knowledge and experience was a great benefit when Gaels were formed back in 1996.

“Many of our club members and their families will have their own memories of Fr. Brian, whether it was at Baptisms, First Confessions and Communions, Confirmations, Weddings, Anniversaries or the funerals of loved ones, all of which Fr. Brian presided over with great empathy, good humour and impeccable connectedness. He always found the right words for every occasion.

"We also won’t forget his immense contribution as Chairperson of the Board of Management of Woodland National School during which time he oversaw the provision of the new school building and extension.

"Our club conveys our heartfelt sympathies to Fr. Brian’s family, Fr. Brendan Ward, C.C. Bishop Alan McGuckian and all the clergy of the Diocese of Raphoe, and to all who worked closely with Fr. Brian in the Parish of Aughaninshin."